Baseball Stadiums, the area designed and designated as the place the game of baseball is played by participating players. It’s divided in to two sections, Infield & Outfield, the Infield has required standard measurements from base to base and pitching position to home plate, while the Outfield is of differing distances and configurations.

That’s more or less the basic and boring description of a baseball diamond, but it doesn’t covey the emotions and feelings which were part of the field. Stadiums are the kindred spirit to the Roman Coliseum where warriors competed and fans crowded to watch. 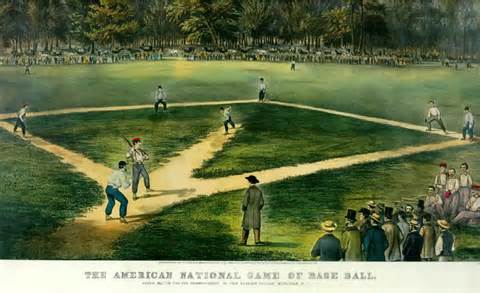 The original baseball complex grew and matured as the game of baseball itself, grew and matured. It transformed itself from a dirt and grass field, to a manicured grass and dirt field with fences, designating home runs, and wooden bleachers for the fans to sit.

As the popularity of the game increased, the need for installing additional bleachers for spectators grew dramatically, and since the height of the bleachers were limited the only method to increase seating as to install bleachers around the perimeters of the field, until they encased the entire field.

Dugouts were constructed as a place the teams could rest in between innings, store their equipment, separate the players from the fans, and Netting was hung in particular areas for fan protection as the speed of the game and the hardness of the baseball increased. 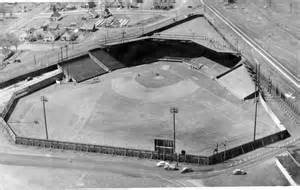 The baseball diamond and field had, through necessity of accommodating increased numbers of fans, had evolved into the basic, yet primitive baseball park, a facility designed and constructed solely for the purpose of playing baseball.

As the American and National baseball leagues became more established, the many small and unprofitable teams falling to the wayside or becoming minor league teams, the team owners in these cities began to construct larger and more complex ball fields or stadiums. 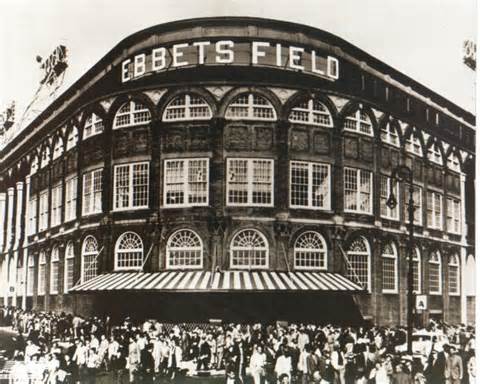 This began the Golden Era of Baseball Stadium building which produced magnificent complexes which became historical landmarks taking on a life and breath of their own. Ebbets Field and the Polo Grounds are but two examples of the baseball stadiums, which although long since replaced, retain an everlasting spot in baseball history and its Hall of Fame.

Historians say you don’t know who you are, until you know where you came from. We’re not going to detail Baseball’s historic ball fields, but rather we’re going to visit today’s stadiums and see where today’s baseball players display their skills and hundreds of thousands of baseball fans come to watch.

Come with me on a journey through today’s Baseball Stadiums.