Busch Stadium is the home of the St. Louis Cardinals baseball team who play in the Central Division of the National League, and although the stadium is only 5 years old, it’s the third sports stadium to carry the Busch name in St. Louis. 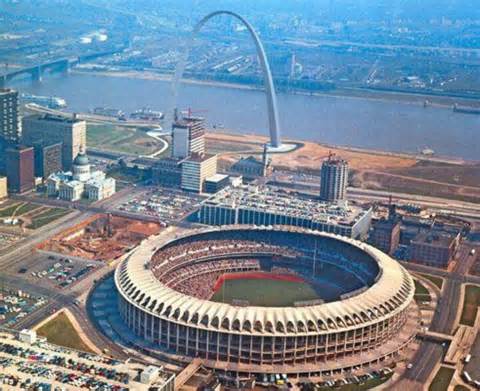 The Busch family’s history of civic contributions to St. Louis are well known, but the purchase of the St. Louis Cardinals baseball team became a personal enjoyment for Gussie Busch, who unlike other owners at the time, such as Steinbrenner of the NY Yankees or Charley O of the A’s, Busch never meddled in the inside affairs of operating the ball club.

His only desire was to provide St. Louis fans a winning team.

Whitey Herzog, Cardinals Hall of Fame manager, tells the story of the first time he was summoned to Gussie Busch’s office, which being human, was somewhat concerned about being called to a meeting with the Boss.

Whitey sat down in a plush leather chair opposite Gussie and waited for the bad news, when Gussie shocked Whitey when he told him he trusted him to run the team and had the green light to do whatever he deemed necessary to put a winning team on the field, But… he asked that he always wanted to know what Whitey did before the media so he didn’t look stupid if questioned, which was unheard of in those days of dictator owners. 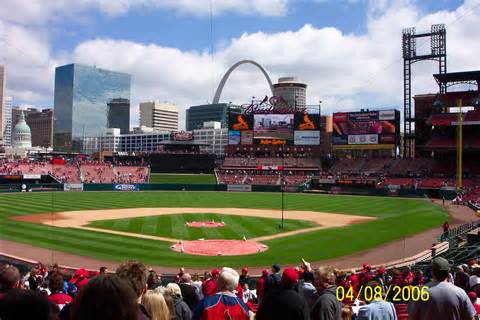 After the death of Gussie Busch, the Busch family immediately began shopping for a buyer for the Cardinals and in order to increase the team‘s value began lobbying for a new baseball stadium to be built in downtown St. Louis.

The state of Missouri balked at providing public funds for a new stadium and the team owners threatened to begin looking at a site in Madison Illinois, adjacent to the NHRA Gateway International Raceway, to build the stadium and move the team.

Financing was acquired from St. Louis City, County and various private sources for the construction of a new Busch Stadium adjacent to the old Busch Memorial stadium.

The site would also include a Baseball Village consisting of offices, stores and eateries, but as of 2012 that project has not been started due to financing issues. 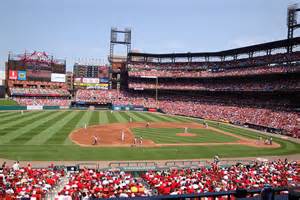 The second Busch stadium was a cookie cutter designed Ball Park similar to Riverfront, Veterans, Three Rivers and Fulton County Stadium, but the new Busch stadium was designed in the current “Retro Fit“ design which offers a view of the city skyline and the famous St. Louis Arch.

New team ownership was excited as not only was 2006 the first year play for the stadium, but the Cardinal baseball team brought Post-season play to the new facility.

B. October 14th saw the Cardinals take a 3 - 1 game lead against the New York Mets for the National League Championship.

C. October 24, 26 & 27th saw the first World Series Games between the Cardinals and the Detroit Tigers, which the Cardinals won 4 games to 1.

Busch Stadium back to Baseball Stadiums