Baseball Jokes are famous for Quotes, funny, serious, silly, prophetic and just plain crazy, but they can also show an insight into the game and players which is normally hidden.

We take Baseball very serious, but perhaps sometimes we should just sit back and watch others in baseball make themselves look…well, silly.

Here’s a collection of famous Baseball Quotes from Players, Fans and Media. Kick back and enjoy a little humor. It’s good for you.

“Little League Baseball is a very good thing because it keeps the parents off the streets.” Yogi Berra

“Baseball is like Church. Many attend, few understand.” Leo Durocher

“Nobody goes there anymore because it’s too crowded.”

“I didn’t really say everything I said.” Yogi Berra

“Baseball is almost the only place in life where a sacrifice is really appreciated.” Mark Beltaire

“A nickel ain’t worth a dime anymore.”

“It’s like déjà vu all over again.” Yogi Berra 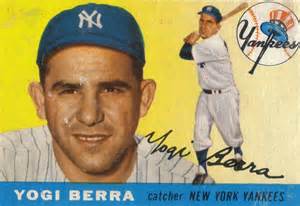 “A great catch is like watching girls go by, the last one you see is always the prettiest.” Bob Gibson

“Baseball is a game of inches.” Branch Rickey

“I usually take a two hour nap, from one o’clock to four.” Yogi Berra

“A full mind is an empty bat.” Branch Rickey

“If it weren’t for baseball, many kids wouldn’t know what a millionaire looked like.” Phyllis Diller

“Baseball is 90 per cent mental. The other half is physical.” Yogi Berra

“Baseball players are smarter than football players. How often do you see a baseball team penalized for having too many men on the field?”  Jim Bouton 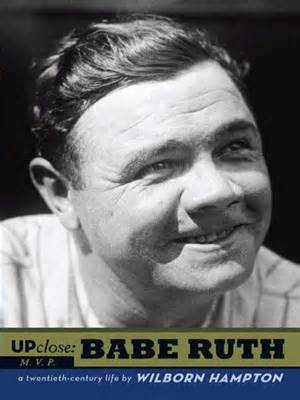 “Every Strike brings me closer to a Home Run.” Babe Ruth

“Why buy good luggage? You only use it when you travel.”

“I think Little League is wonderful. It keeps the kids out of the house.” Yogi Berra

“It took me 17 years to get 3000 hits in baseball. I did it in one afternoon on the golf course.” Hank Aaron

“I only have one superstition. I make sure to touch all the bases when I hit a home run.” Babe Ruth

“It gets late early out here.”

“Think! How the hell are you gonna think and hit at the same time?”

“You can observe a lot by watching.“ Yogi Berra 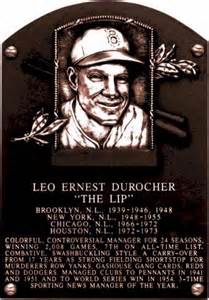 “There are only five things you can do in baseball: run, throw, catch, hit and hit with power.” Leo Durocher

“A baseball fan is a spectator sitting 500 feet from home plate who can see better than an umpire standing 5 feet away.” Unknown

“You’ve got to be very careful if you don’t know where you are going because you might get there.”

“If you don’t know where you are going, you will wind up somewhere else.”
Yogi Berra

“The wind always seems to blow against catchers when they are running.”

“He hits from both sides of the plate. He’s amphibious.” Yogi Berra

“Baseball is a game of race, creed and color. The race is to first. The creed is the rules of the game. The color? Well, the home team wears white uniforms and the visiting team wears gray.” Joe Garagiola

“So I’m ugly. So what? I never saw anyone hit with his face.” 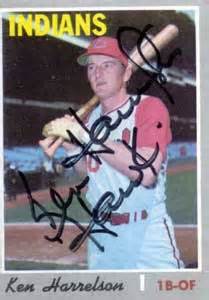 “it ain’t the heat, it’s the humility.” Yogi Berra

“Baseball is the only sport I know of that when you are on offense the other team has the ball.” Ken Harrelson

The following quotes are all by the great Yogi Berra:

“The other teams could make trouble for us if they win.”

When asked if the fans who ran naked across the field were men or women Yogi said “I don’t know. They had bags over their heads.”

“The game isn’t over till it’s over.”

“You should always go to other people’s funerals, otherwise they won’t come to yours.”

“You give a 100% in the first half of the game and if that’s not enough, in the second half you give what’s left.”

“I ain’t ever had a job. I play baseball.” Satchel Page

“Baseball is like a poker game. You don’t want to quit when you’re losing, and nobody wants you to quit if you’re winning.” Jackie Robinson

“If it weren’t for baseball I’d be in the penitentiary or the cemetery.”
Babe Ruth

“Being with a woman all night never hurt no professional baseball player. It’s staying up all night looking for one that does him in.” Casey Stengel

“Now there’s three things you can do in baseball. You can win, lose or it can rain.” Casey Stengel

“Baseball it is said, is only a game. True. And the Grand Canyon is only a hole in Arizona. Not all holes or games are created equal.” George Will

“I watch a lot of baseball on the radio.” President Gerald Ford

“I think I was the greatest baseball player I ever saw.” Willie Mays

“When I began playing the game, baseball was about as gentlemanly as a kick in the crouch.” Ty Cobb

“Baseball is like driving. The one who gets home safely wins.”
Tommy LaSorda 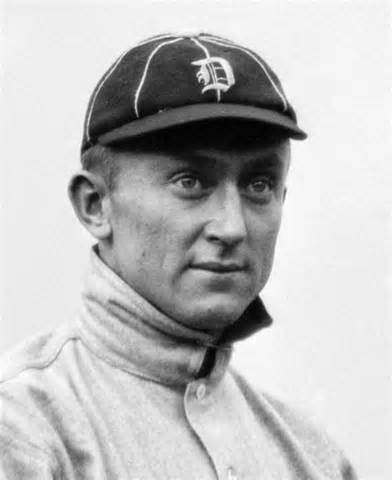 “There are three types of ball players: Those who make it happen, those who watch it happen and those who wonder what the hell just happened.” Tommy LaSorda

“A baseball manager is a necessary evil.” Sparky Anderson

“The towels were so thick I could hardly close my suitcase.”

“I always thought that record would stand until it was broken.”

“I never blame myself when I’m not hitting. I just blame the bat and if it keeps up I change bats. After all, if I know it isn’t my fault that I’m not hitting, how can I get mad at myself?”

“We made too many wrong mistakes.” Yogi Berra

With that I’ll close this little Quotes & Jokes segment.