Arlington Texas, located between Dallas and Fort Worth, is the home of Rangers Ball Park, where the Texas Rangers of the American League West Division play. 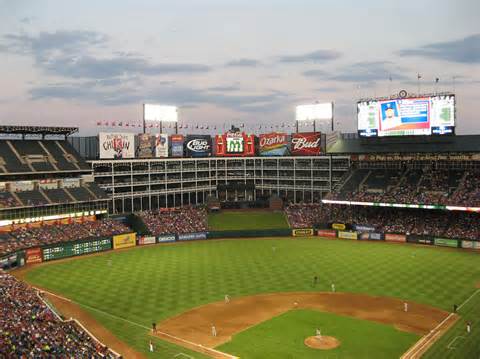 The apparent philosophy of the designers of Ranger park was to pick and choose, what they considered the best or most unique features of other major league parks, and incorporate them into the facilities design. For instance:

2. The White Steel Frieze that surrounds the upper deck was copied from the pre-1973 Yankees stadium in New York.

3. A state-of-the-art video screen was built into the left field as does Fenway Park in Boston.

4. The numerous nooks and crannies of the outfield are reminiscent of Ebbets Field & the arched windows copy Comiskey park.

Although incorporating these unique features from other famous ball parks produced a truly amazing ball park, the stadium had little to no character of its own. 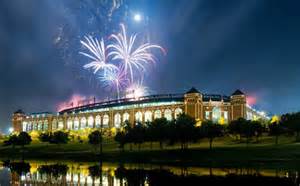 As should be expected for any professional sports team located in extreme heat, the sports writers and newspapers immediately protested the fact the stadium was an “open air” facility and it should have been built with a retractable roof or dome.

The writers argued it would have added to fan comfort, but more importantly, the writers felt the sweltering summer heat posed a major problem signing free agents, especially pitchers who would “run out of gas” due to the heat and humidity.

Two major reasons prevented the Rangers from including a retractable roof:

1. Retractable roof technology, although available, was in its infancy and had not been perfected.

2. Lack of Money. The Rangers could not secure government financing for a roof and the cost of the roof alone was 6 times the cost of building the entire stadium, it was dropped as cost prohibitive. 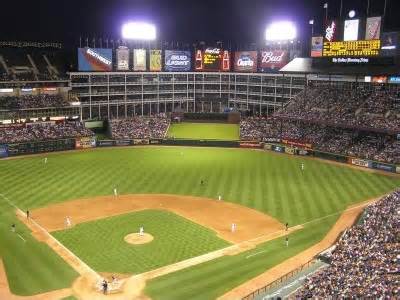 As with all major league ball parks, Ranger Park seems to be constantly remodeling or refurbishing the facility in order to increase the fans pleasure and comfort.
1. New HD video boards have been installed in right field on top of the “ Home Run Porch “ and in Center field on top of the office building.

2. The audio system in the park has been completely changed with additional speakers located throughout the facility.

3. The Left Field scoreboard was replaced with an updated HD board.