Baseball rules can be funny, odd, rare and just plain wrong. For example:

Nearly everyone who has been associated with baseball for any length of time has heard and understands what a ground rule double is. Simply put it’s when a batter hits a ball which hits the ground or warning track, and bounces over the fence out of play.

The rule is based on the assumption the ball was hit far enough the runner would have had ample time to reach second base before the fielder could retrieve the ball, had it not went out of play, and returned the ball to the infield. Makes sense. 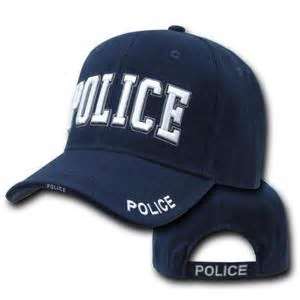 But what could possibly constitute a ground rule Triple? Believe it or not there is a rule which states if a player uses his hat to alter or affect the path of the ball, such as throwing the hat and stopping or slowing the ball by landing on it, it is considered a ground rule triple.

It’s basic knowledge that if a batter hits a ball which initially hit’s the ground in Fair territory, but then bounces into Foul territory before it passes an infield base, it is declared a Foul Ball. Easy enough, but not always true. 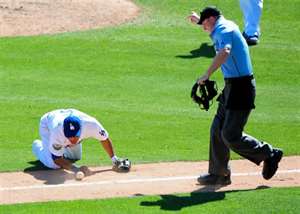 During a major league game a batter hit a ball which dribbled down the first base line in fair territory. The third baseman knew he could not get an out by fielding and throwing the ball to first before the runner got there, therefore the fielder got down on all fours and began blowing on the ball forcing it into foul territory before it passed the base.

The infielder tried to claim he was praying the ball rolled foul, but the umpire wasn’t buying it and awarded the batter first base, resulting in a foul ball which wasn’t a foul ball.

In the early days of baseball, pitchers had not reached the skill levels of today’s hurlers and relied mainly on their fastball and change-up to get hitters out. Not much different from today’s baseball, regardless of how hard you threw your fastball, hitters would eventually time it and begin hitting it hard.

In an attempt to obtain an advantage, early day pitchers would spit on the ball, thus the term “Spit Ball” which created an unknown and uncontrolled evaporation of the moisture on the ball and would make the pitch react in weird ways as the ball traveled to the plate.

This ball movement made the ball extremely difficult to hit, as well as catch, because much as a knuckle-ball, the pitcher had little control over where the pitch went. 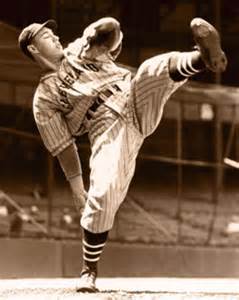 MLB instituted a rule against pitcher’s using a spit ball by requiring them to wipe their pitching hand on their uniform after going to the mouth or face before pitching the next ball in order to dry the fingers.

Pitchers have not thrown spit balls in nearly 40 years yet the rule is still enforced although technically wrong. Baseball experienced an era of pitchers, Gaylord Perry was a master, putting a foreign substance on the baseball, which would make the ball act erratically as it approached the plate, making it very difficult to hit.

Although these foreign substances were Vaseline, hair dressing, Ben Gay, an emery board, etc, but not spit … the rule and penalty is still enforced although there is no actual rule violation.

(4.) Running Into A Double Play

The most common explanation people think of when running into a double play is when a base runner doesn’t really know where the ball is hit and begins running to the next base, meanwhile an infielder catches a line drive ball for an out, then throws to the base the runner left from to complete a double play.

However, there is a rule which allows for running into a double play with the fielder only catching the fly ball or line drive and not throwing to any base.

Run Hard, But Know Where Your Team Mates Are 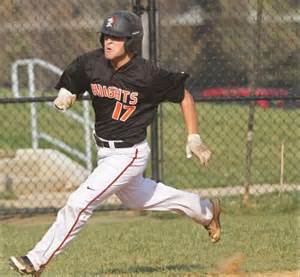 During a heated L.A Dodger vs. S.F Giants game the Giant’s batter hit a long fly ball to right center field. Pablo Sandoval, the Giant’s runner on first base knew the ball would be caught preventing him from advancing to second base, so he retreated back to first base while watching the ball.

The batter was also only watching the ball, stepping on first base and turning towards second in a lazy jog. The hitter while continuing to second passed Sandoval who was returning to first. The outfielder Then caught the fly ball and Sandoval was immediately called out by the umpire although he was standing safely back on first base.

What had happened was when the Giant batter passed Sandoval on the base path Sandoval was immediately called out for being passed by another runner, and when the fielder caught the ball the batter was declared out … thus a double play.