The phrase “Run on Contact” not only applies to a baseball strategy, but it also describes a team’s personality which it derives from its coach. Some coaches are known as “base to base” coaches, meaning being extremely conservative on offense, while others are known to manufacturer runs, which is being extremely aggressive offensively.

I’m going to teach you an aggressive style of base running, which although having calculated risks, will pay dividends in scoring runs which would have otherwise been stranded on base.

First, there are 2 definitions related to “Run on Contact” and we need to know the difference as they technically have nothing to do with one another, strategy wise.

The more familiar situation deals with runner(s) on base who are instructed to immediately begin running, the instant the hitter makes Contact with the baseball., for which there are several different reasons for this action. 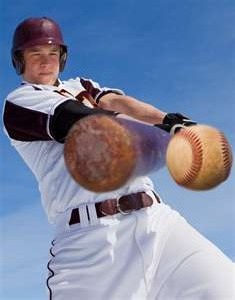 (1.) Late innings and a runner on third base representing the tying or potentially winning run, will run on contact in order to score. This is not a blind run, as the runner, although immediately running on sound, will check to make sure the ball is on the ground, then proceed. Should the ball be a fly ball, the runner will stop and either retreat to third or continue home should the ball fall safely.

(2.) Runners on base with 2 outs will run on contact as there is no issue of running into a double play and may prevent an inning ending force out.

These are standard baseball unwritten rules which are followed regardless of the coach, team or league.

The second situation which deals with running on contact, is advancing a base upon any miscue of the defense, specifically the Catcher, which results in the ball hitting the ground, thus “Run on Contact,” meaning the ground. 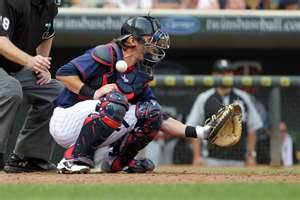 Teaching ball players how to steal bases is a repetitive study of searching and identifying pre-conceived key indicators, which are unavoidable in order to initiate the pitching motion, which tell us when to begin our movements towards the next base, and are well documented in the Base Stealing sections.

These are all well documented physical movements, which players can be taught to react to, but there’s another method, which is not necessarily a base stealing skill, but the results of advancing a base are the same, which requires instinct as much, or more, than learned skills.

The concept is more of a philosophy than an acquired skill and many coaches, and I was one of them, teach the system of “Immediately Run if the Pitch Contacts the Ground.” The philosophy and rules were simple: 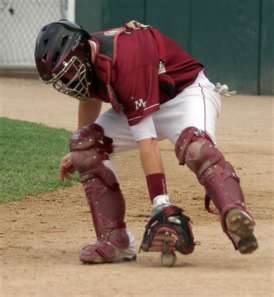 (2.) Force the Defense to make the play.

Hall of fame manager Whitey Herzog, mainly because his team sorely lacked power hitters, was a master at having his team manufacture runs through aggressive base running, winning a World Series against the Milwaukee Brewers, who because of their many power hitters, were tagged as Harvey’s Wall Bangers.

Some may consider running on contact a bit reckless and in the older, more skilled levels of play, that may be a valid argument. However, no different than bringing in a left handed pitcher to face a left handed hitter, we’re playing the percentage game.

Odds are in the Runner’s Favor:

Unless the runner is particularly slow a foot, which the thought of advancing a base without the hitter’s help should never be contemplated, or unless the runner hesitates, the odds are in the favor of the runner being successful and here’s why.

(1.) The skill required to retrieve the baseball, even if it’s at the catcher’s feet, and make a perfect throw to second base is quite difficult …

(2.) The catcher is out of his throwing position….

(3.) He must acquire a strong throwing position which means footwork which takes time….

(4.) He may fumble the ball attempting to acquire a 4 seam grip …

(6.) Most catchers, unless experienced, will panic if they do not cleanly catch the ball, and will have difficulty picking the ball up to throw…

(7.) The catcher has just performed his main goal of stopping a wild pitch from getting by him, then must immediately go into a retrieve and throw mode.

Can the catcher perform all these actions and throw a runner out by 5 feet? Yes, but the percentages say he’ll botch the play more times than succeeding. The KEY and I can not say it enough is:

Instantaneous reaction … there can not be a nana-second of hesitation because the body can not recover and overcome the slightest indecision.

It’s a coach’s call on whether to teach this philosophy, but I whole heartily recommend it, as I believe you’re withholding an acquired skill from your players otherwise, which some may excel at.