Remember, stealing bases, when you played little league baseball when a base hit or a walk was the same as a triple, because once anyone reached first base, you simply stole second and third base, usually on the next two pitches.

As you grew older and players became better skilled, with stronger arms, a few players on the team were not allowed to try and steal a base, because they were too slow.

And before you knew it there were only a select few players on the team who would even attempt, or be allowed to attempt, to steal a base, and as they weren’t always successful, they chose their times to try it carefully.

There wasn’t anything wrong with your team, it’s just the opposition got better at stopping the steal and this happens nation wide, just not in your town.

Stealing Bases is much more than utilizing the physical talent of sheer speed, it’s an art which must be learned and it’s not easy to learn. If it were more than a very few MLB players would attempt to make it a main weapon in their arsenal, but actually in comparison to a mere 20 years ago, it's hardly used at the professional level. Why? Again, it’s a difficult art to master.

If you have a particularly difficult subject to learn it’s best to consult an expert in the area and one such expert was Hall of Fame, St. Louis Cardinal’s Lou Brock, one of the greatest base stealers in the history of baseball who refined the skill to an art form. Let’s hear what he’s got to say. 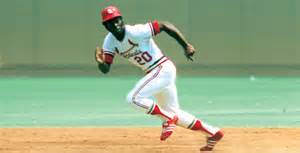 Brock when asked if he could briefly explain how he stole so many bases successfully, he quickly replied something such as, “I’m always observing pitchers, noticing little tell tale signs and recording them in a notebook and it allows me to know how to steal off each pitcher.”

When asked why keep records on so many pitchers when it’d be easier to analyze the few catchers in the National League. Brock replied, all MLB catchers have practiced thousands of throws to second base attempting to throw runners out, while pitchers have practiced pick off moves a few hundred times. You steal off the pitcher, not the catcher.

That has become the golden standard in the art of stealing bases … A Base is stolen off pitchers, and I’m going to teach you the steps of how to do that.

Rule One: Keep your foot in contact with the base until you’re ready to begin your lead. There’s no reason to wander off the base, standing with your left foot on or against the base is just as comfortable and a whole lot safer.

Rule Three:  Always have your body square, feet shoulder width apart and face the pitcher, which may sound obvious, but I’ve seen players angled toward second base with their left shoulder facing the pitcher, attempting to cheat on getting their body turned and moving towards second base, but this makes them vulnerable to a pick off move, we’ll touch on later.

Step One - Footwork  and Stealing Bases

Proper footwork is essential to not only successfully stealing bases, but in preventing getting picked off by a crafty pitcher, and there are several segments.

(1.) While facing the pitcher you utilize a slide step maneuver, right foot moving out, followed by closing the left foot, until you reach your Initial Lead Off point.

This slide step can be performed quickly or slowly, depending on the distance of your initial lead, but never attempt to take long strides as this could result in becoming off balanced in the event of a pick off throw. A couple of short quick strides is always the best method.

(2.) Never cross one foot over another as you take your lead off. I’ll say it again … never cross your feet.  Should you be in the act of crossing your left foot over the right, when the pitcher suddenly twirls and throws to first, you’re literally incapable of getting back to first base.

Because You would be forced to actually complete the step over, with your left foot, which moves you farther away from the base, reposition your feet, reverse your direction, pivot on your foot and push back towards first base.

You can try to stop the step over, put your left foot back down, pivot, push off with your left or right foot, being confused you’ll never really know which foot you pushed off of, and return to the base.

If you’re lucky enough to not tangle your feet and fall directly onto your face, the additional time required in reversing your direction, will result in you being OUT.

The length of every initial lead off will be determined by your confidence, left or right handed pitcher, foul or fair weather conditions, dry or muddy field conditions and etc. In other words, there is No established distance written in a book somewhere. You must experiment and the more experienced you become you’ll establish your own “ Go to Spot “ for an initial lead off and that will vary depending on your experience and gut feeling.

Tip: It’s best to begin short and increase than too long and get picked off.

Good Lead Off - No Set Distance

It may sound simplistic, but it’s not enough to “Never” take your eyes off the pitcher as you move, you must be laser focused in order to detect any slight body movement which could indicate the beginning of a pick off move.

Using your slide steps to reach your initial leadoff spot, Pause, then increase your lead by an additional slide step or two. Stop.

The last lead increase is not only to maximize the lead, but by design is initially intended as a fact finding maneuver. This last shuffle step is intended to force the pitcher to reveal several things which is essential for you to know and mentally store away. 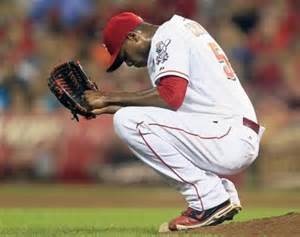 (1.) It could determine if the pitcher will even attempt a pick-off throw. Depending on the situation and/or the quality of his pick off move, he may concentrate more on the batter than you. This will give you a green light to swipe the base.

(3.) It could mean he doesn’t think your lead is large enough to warrant a pick off throw.

This is all valuable information which will affect the immediate situation and future encounters with the same pitcher.

By definition your secondary lead is the additional lead-off distance you acquire from your initial lead off, as the pitcher commits to throw home, that is pitches to the batter.

This lead is acquired by using quick slide steps, which will be of longer stride than those used to acquire your initial leadoff, and should be at least 3 to 6 feet in distance.

Why the Secondary Lead?

A good secondary lead allows you to accomplish several things:

(1.) Increases your chances of beating a force out throw in the event of an infield ground ball …

(2.)  Allows you a better opportunity to break up a double play …

(3.) Allows you opportunity to advance to third base on a hit to right center or right field….

(4.) Allows you the chance to advance to second base if the catcher bobbles the ball…

(5.) And of course helps close the gap between you and second base on a steal attempt, whether straight or delayed.

As you can see, a good secondary lead can completely change the complexion of a game.

Stealing Bases to Running the Bases