Playing pepper is actually one of the greatest all around defensive drills ever developed.

Here’s a baseball fielding drill which …

(2.) Can be played on the baseball diamond or in the backyard …

(3.) Helps develop Hitting and Fielding skills at the same time …

Pepper, which is a game or drill, basically consists of 3 to 6 fielders positioned 8-10 feet in front of a batter. The intent of the drill is to have the batter randomly hit the ball to one of the fielders, who catches it and quickly tosses it back to the hitter to repeat the process over and over, while never allowing the ball to touch the ground. 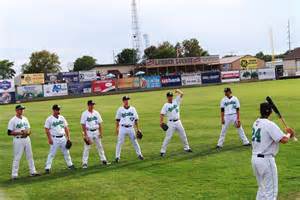 The batter’s responsibility is to keep the game going by making Constant Contact with the baseball, which is thrown half speed by non-pitchers, which means the ball may be thrown low, high, he may have to reach for it, or quickly turn his hips on a ball too far inside, obviously quickening the reflexes.

This challenges the batter to remain focused on making contact with the ball, which trains his bat to ball eye coordination, which the difficulty increases when the throws are off target. This is basic 101 hitting principles of seeing the ball, bat to ball coordination and maintaining focus.

The batter can use two different methods of hitting, depending on which skill he wants to improve or maintain his sharp edge.

(1.) Bunt Stance: Using a pepper drill, which is fast paced, providing a lot of repetitive action, is an excellent forum for improving your bunting skills.

(a.) Maintain a squared around bunting stance, concentrate on contacting and hitting the ball fair, then try placing the direction of the ball, spreading the ball around to all the fielders.

(b.) Avoid developing a bad habit of popping the ball into the air, a definite No-No, by continuously bunting the balls knee to waist level and softly to the fielders who are positioned relatively close. The ability to perform this will produce excellent bunt results in real game conditions.

(c.) Should the batter want to perfect his ability to bunt the ball directly towards the ground, eliminating any chance of a pop up out, the fielders can move in and play the bunts from their knees.

The hitter develops excellent ball placement and by moving closer and removing the lower body from the equation, the fielders must develop quick hands. 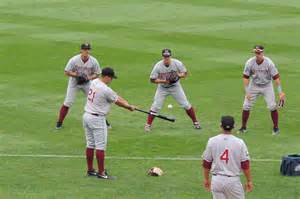 (a.) The batter is in a semi-batting stance, using short quick swings to hit the ball, which develops a compact contact swing, and bat control as he must direct the ball to the fielders without hitting it over their heads.

The Fielders: The Intent and benefit of this drill is to develop Quick Hands & Reflexes, while having fun.

(a.)  The fielders should position themselves either in a straight line or in a semi-circle and be no farther than 8’ to 10’ away from the batter. This distance will allow enough time for the hitter to get the bat on the ball, the fielders time to react and field the hit, yet require keeping the movements quick

As the game quickens the direction and speed of the ball hit will be more or less unpredictable, requiring all fielders to be prepared to field any type of ball which comes in his direction, whether on the ground or in the air. 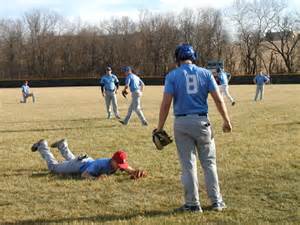 (3.) The pace of the drill is extremely important, as the fielders must catch the ball and throw it back to the batter, who hits it again, all as quickly as possible. The speed of the events is what develops the players’ skills of hand, eye and bat coordination and provides the maximum benefits.

If you’re intent is not to build the speed to run this drill 100% wide open … don’t mess with it at all as the benefits will be negligible and the time spent could be directed at other more beneficial drills. 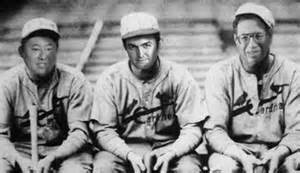 In order to instill a competitive spirit in your players, split the team into groups and have them perform the pepper drill. The team with the best record of least errors within a certain time span wins. Rotate and exchange players which brings the players together. As the Coach you must monitor the action to make sure all the teams are going full speed.

*** As a precaution: Most baseball fields prohibit playing pepper games against the backstop because of the risk of injury and possibly of damage to the fencing. Be sure to look for signs. ***


The 1930’s St. Louis Cardinals baseball team, known as The Gas House Gang because of their antics, yet were some of the finest players in baseball at that time, would entertain the fans before the game by playing a modified version of Pepper.

The players would toss the ball over their heads, through their legs, behind their backs, under their legs etc. all while always catching the ball and never letting it hit the ground. On a particularly spunky day the ball would travel so fast the fans would have trouble following it.