Practicing how to catch infield fly balls is often overlooked, as we are concentrating more on hitting fly balls to the outfielders, and we often consider catching an infield pop up as an easy task, but is it?

A normal high infield fly ball, unless lost in the sun, should be a relatively easy catch, as long as everybody doesn’t stop and watch the ball drop, thinking the other infielder was going to catch it, which brings us to our first lesson. 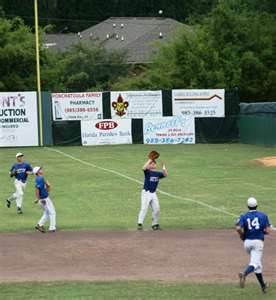 Everyone Knows Who Is Gonna Catch It

Catching a Fly Ball on the Infield: Here are the basic steps an infielder should take in order to catch a fly ball which stays within the infield dirt, or normal initial fielding position should the dirt extend far into the outfield.

(1.) See the ball come off the bat and immediately determine if the ball is coming to your side of the infield. Notice I said your side, not directly to your position. If you’re playing first or second base, any pop up on the right side of the infield should be considered your ball, the left side of the field is the third baseman and shortstop’s ball.

(2.) Immediately turn to your Glove side and take a step backwards. The reason you automatically do this is it puts you into position to quickly go backwards if need be, and if not, you simply turn back and come in on the ball, which is what you want to do anyway, and catch it.

(3.) Once you decide you can and will catch the ball, let the entire world know it by yelling “I’ve got it, I’ve got it!” This let’s the other infielder(s) know to stay out of your way except to back you up, and should eliminate the chance of a collision between 2 players.

(4.) As a rule of thumb, unless it’s a very shallow pop fly hit nearly directly to the pitcher, a pitcher should never attempt to catch an infield fly ball, because every other player on the infield has a better angle to catch the ball than the pitcher, especially if there’s a raised mound involved. 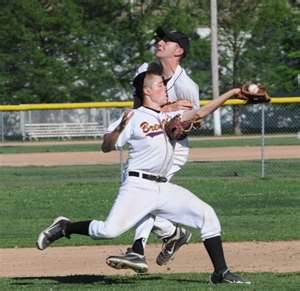 Should Have Yelled Louder

Returning to our original question, are all infield pop flies easy to catch? What about the fly ball hit into deep left or right field foul territory too shallow for the outfielder to reach, or the looping fly ball hit directly over your head, again too shallow for the outfielder to reach? I could continue, but I think you get the idea that not all fly balls infielders are responsible to catch are what we’d consider, easy. Let’s learn the proper methods for playing the 3 normal infield fly balls. *** These will examples assume the player to be right handed.***

For fielding purposes, there’s an imaginary line drawn down the middle of your body which represents left & right, and it depends on which side of this line the ball travels over, that will decide the direction you turn your body to in order to give chase.

Steps to Catching a Fly Ball on Your Left:

(1.) Pivot on the balls of your right foot while opening your hips and stepping backwards with your left foot, which turns your body sideways.

(a.) This allows you to cover more ground as you can run reasonably fast sideways for short distances, and from the sideways position you can easily alter your body position to face forward, head turned and looking at the ball,for a full speed sprint.

(b.) It prevents you from attempting to back peddle, which is slow and as the ball’s arc reaches a certain degree as it passes over you, your head gets ahead of your body, or behind in this case, causing the player to lose his balance, which most often results in the player falling backwards landing on his rump. Not a normal fielding position. 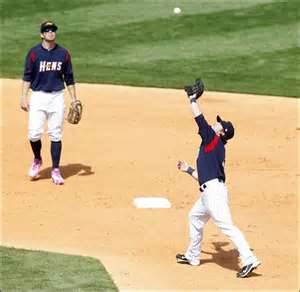 Balls Hit on Your Right:

(1.) Essentially the steps to catch a fly ball hit to your right is a mirror of balls hit on the left with one (1) large caution … It’s imperative to instantly make the correct decision on which side of the line the ball is on, because if you turn to your left, then realize you should have turned right, your chances of readjusting and catching the ball is nearly Zero.

Balls Hit Directly At or Over You:

This is the most difficult fly ball, whether an infielder or outfielder, to judge and catch, because whether you know it or not, when you watch a ball from the side, even slightly, you are watching and judging the arc of flight the ball is taking, which of course determines the distance the ball will travel. When the ball is hit directly at you there is no arc to judge, making the catch difficult. 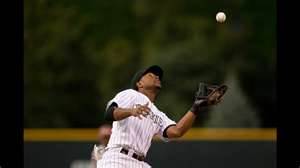 Turning to the Glove Side

(1.) Always turn to your glove, left side, on a ball hit directly at you, because you have better body and glove control turning that direction.

(2.) This is Important! We know to pivot on our right foot and open our hips as we turn to our left, but how far we open our hips is most important as it defines the immediate direction, or angle, we take the first few steps, therefore Open your hips as wide as possible.

(3.) By opening wide, you can quickly, within one (1) step, be running straight backwards. Open half way or less and you’ll require at least 1 and possibly 2 steps additional, in order to correct the slight angle you’re running in in order to be running straight back. This very slight added distance you must cover to reach the ball, can most likely be the difference between catching the ball like a sno-cone, or missing the ball by a foot.

Drill: 2 people and a baseball required.

(1.) 1 player will toss fly balls to the other, varying the direction and distance of throw, throwing equal amounts of all 3 situations, or concentrate on a particular direction turn.

Drill: 1 person and a Rubber Ball required. (tennis or racquetball is suitable) but I suggest a hard rubber ball for better reaction.

(1.) A player can practice these moves by himself by throwing a rubber ball against the wall creating a fly ball. The ball can simulate every possible scenario the player could possibly encounter based on location and speed the ball hits the wall.

This is an excellent source of practice as it can last as long or short as the player wishes and can be performed without a partner. For extra difficulty, don’t use a fielding glove, but rather try catching the ball bare handed.