The entire infield is affected, by none more so than the Catcher when it comes to properly playing a bunted ball. Whether it’s a poorly placed bunt, a sacrifice, a bunt for a hit or the infamous, swinging bunt, a catcher must immediately react.

The mindset and goal of the catcher will depend solely on the situation, but should there are runners on base, he will have automatically pre - programmed himself to immediately look at the possibly of throwing out the lead runner, wherever that may be, second or third base.

Let’s get inside a catcher’s head and see how certain situations should be handled. 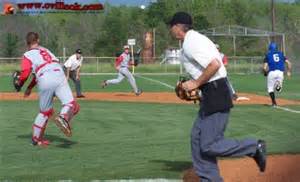 Sacrifice Bunt - Runner on First Base:

There are essentially 2 Generals on the baseball diamond, the Catcher controls the "Dirt", Center, the outfield, and they’ll work in conjunction when it comes to positioning outfielders based on how the Catcher plans on pitching the hitter.

Normally the expectation of an opponent executing a sacrifice bunt means the results of the game could hinge on the play, whether it be in the 1st inning or the 9th inning. There are times, when 2 pitchers who historically battle to a 1-0 or 2-1 final score, a coach will utilize a sacrifice bunt in the 1st inning in order to get that 1 run lead, which could hold up the entire game. 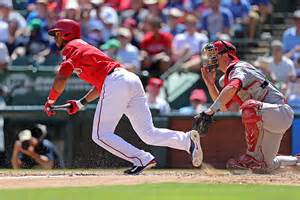 This is no time for guessing and if major league catchers, or coaches, can call time out in order to discuss strategy on the mound, there’s no reason you can’t do the same.

(1.) Instruct your 1st baseman to hold the runner close… then charge hard when the batter squares to bunt…

(2.) Tell your shortstop to cheat towards second base…

(3.) Remind your second baseman he’s responsible for covering first base…

(4.) Your 3rd baseman is to play in and charge when the batter squares around…

(5.) Firmly remind your pitcher to hold the runner close, remind him of the pick off signal that you may call, and any pitch he throws should not be a strike which can easily be bunted to the ground and fair. 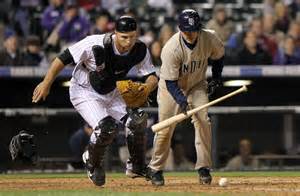 You’ll assume your normal squatting position as action begins, but as soon as the pitcher begins his motion you will come out of the squat into a ready position, cheating just a bit on your ability to throw and explode out from behind the plate.

(1) The ball bunted in front of the plate may ironically be the most difficult bunt you must play. Not because you have trouble reaching it, which you may if bunted too far, but as you immediately pounce on it, you must raise with the full intention of throwing the lead runner out at second, which may not be the best play.

Pitching To A Sacrifice:

The Best way to handle a sacrifice bunt situation is to Not let it happen, or at least make it as difficult as possible to execute. You must assume the batter is more than qualified to lay down a sacrifice bunt exactly where and when he wants, or else he wouldn’t be asked to do so by the coach. Never underestimate your opponent.

That being the case, the only option you have is to present obstacles which make his feat extremely difficult to accomplish, and the location and types of pitches you call are the first line of defense in stopping his success.

Moving Runner to Second Base:

The goal of the bunter is to place the ball on the ground, as a slow roller, either along the first or third base foul line. He does not want to bunt the ball in front of the plate, as that offers you, the catcher, the chance to force the lead runner out at second base. Nor, does he want to bunt the ball too far forward giving the pitcher, who is also charging forward, the chance to throw to second base.

Knowing this information, you should call for the following pitches and locations which make the bunter’s job very difficult. 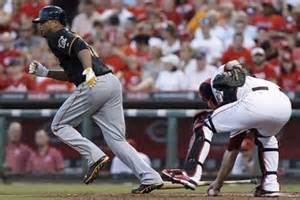 (1.) A high fastball, above the belt line, is extremely difficult to bunt without popping the ball into the air. Therefore, call for fastballs, inside or out, but above the belt.

(2.) A batter must square around, make sure his bat is in fair territory and allow the ball to hit the bat as the bat recoils, deadening the ball and restricting the distance the ball travels.

A fastball thrown inside, 1 - 2” off the plate is difficult for the bunter to strike the ball with anything but the handle of the bat. The handle of the bat offers literally <I>No</I> directional control, or deadening effect, which means should the ball be bunted, it will most likely not be properly placed where the batter intended.

Moving Runner To Third Base:

(1.) The batter wants to bunt the ball down the third base line, which forces the third baseman to field the ball. If he can accomplish this, even if the third baseman does an excellent job of getting to the ball quickly, chances are by the time he turns and throws to third, the runner will be safe.

Therefore, in addition to the “High Hard Ones,” try to locate every pitch, fastball and / or curve ball, 1 - 2” off the outside corner of the plate. This location forces the batter to get his bat in an extreme angel in order to bring the ball back from the outside and redirect it down the third base line.

Any extreme, whether angel, height or redirection of the ball you force the hitter to accomplish in order to properly place the ball where he wants, makes the chance he’ll mess up skyrocket.

A couple of Never Dos to remember:

(1.) Never throw a pitch low in the strike zone when expecting a bunt.

(2.) Never give in and allow the hitter to bunt an easy pitch. Battle till the end.

Infield Back To How to Play Infield