Teaching the term "Catcher Baseball" and the realization the Learning Curve for a Catcher is Never ending, as there always seems to always be a new method to learn, must be  a constant motivator which drives a good catcher to become a great catcher, or else he'll fail.

1.The Catcher will assume his position behind the plate, with or without his mask, but No Mitt.

2. The Coach will position himself @ 30’ in front of the catcher, midway between the plate and pitching rubber.

3. The Coach will then hit line drives, simulating pitches, to the catcher who will catch them bare handed, the catcher can use one or two hands and a hitting glove if desired.

The Coach can vary speeds as he desires, starting slow and working up to very fast. (It’s a good idea to perform this drill inside or with the aid of a backstop, as Coaches have a tendency to skyrocket a ball every now and then.)

The identical tools can be used to help practice catching foul pop ups.

1. The catcher assumes his position, the coach standing to the side and slightly forward, within the line of sight of the catcher, will hit pop flies straight up into the air.

2. The catcher will have to locate the fly ball, orientate himself correctly in order to make the catch, which is bare handed, then discard his mask in the proper direction. 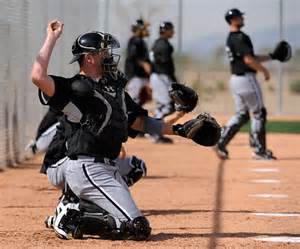 I suggest making the catcher use his mask, he won’t have to toss it far, but he needs to learn how to remove it while tracking the ball and which direction he should toss it in order to not step on it and trip.

I’d also recommend using all of my catchers while performing this drill to curb fatigue.

There’s always something to learn, a skill to refine, if there wasn’t there wouldn’t be catching coaches for major league catchers, because they’d already know everything there was to learn.

An excellent way to constantly increase your skills and become knowledgeable about your pitching staff, knowing how each throws and what makes them tic, is to constantly be catching in the bullpen. You’ll not only be catching and learning your pitchers, you’ll practice little things, which mean a lot, of your own skills. 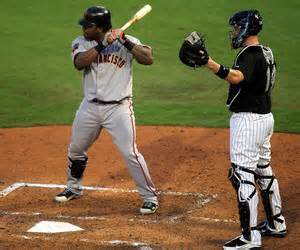 For instance, when catching, always grip the ball as you’re removing it from your mitt, across the seams. This is the grip you need to throw a sinking line drive to second base in order to throw runners out. Perform this a few thousand times, which sounds like a terribly large number, but actually isn’t, and you’ll automatically grip the baseball correctly every time.

If you’ve been around baseball any length of time you’ve heard the argument “Why have to throw 4 pitches for an Intentional Walk?” The answer is always the same …you never know what can happen. It’s like your coach telling you, as a hitter, just put the ball in play, you never know what may happen.

Coaches take very little time, if any at all, working with catchers on receiving throws on an intentional walk, and that’s a shame, because it’s a very important play if there’s a miscue. 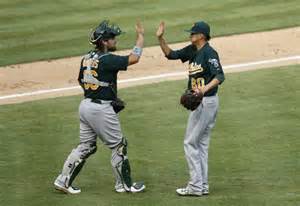 Obviously, there are runners on the bases and these runners must be kept from advancing while performing the walk, and if you’re in the process of walking the batter, because there’s a runner at second and you’re setting up a double play situation, the last thing you want is for the runner to steal 3rd base.

There is a proper method for a catcher to perform the intentional walk process.

1.Instead of squatting, you stand up behind the plate.

2. You’ll signal with either your bare hand or mitt hand, depending on if it’s a right or left handed hitter.

Watch the runner as well as the pitcher. There is a little known rule called a Catcher’s Balk,which could throw a real monkey wrench into the strategy if you were to be called for it, as identical to a pitcher’s balk, the runner advances a base.

Be sure to offer a target, with your mitt, for the pitcher to throw to, as some pitchers are so zoned into throwing to the mitt, if it’s not visible they have a hard time not throwing a wild pitch.

Last, but not least. Remember you’re on a team and that means you help one another learn and become better baseball players. The odds of making it to the major leagues are similar to winning the lottery, but friendships can last forever.

Catcher Baseball Back to Playing Catcher

How to Play Baseball