Coaches who teach baseball for youth need to know players are generally rated on infield range, strength of throwing arm and glove skills before given any serious consideration of making the team, whether it be high school, select travel or college team. 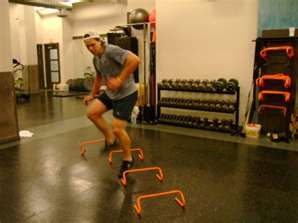 Range is as much, if not more important than glove finesse, because if you can’t reach it, you obviously can’t catch it. Let’s discuss methods of increasing a player’s range, which simply means the amount of ground he can cover when pursuing a baseball before the ball is either caught or goes past the player.

The first place most coaches go to in order to increase infield range, is the physical action of running and utilizing various quickness drills, such as sprints, running rings, speed ladder and such, and there is nothing wrong with this process as it is extremely beneficial and does have a certain amount of success.

However, there are other variables which directly impact range which determines the speed of a player, which may be less obvious and are more difficult to train, yet are just, if not more important than mere foot speed. 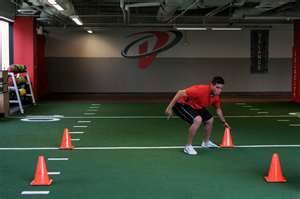 Quickness is directly linked to the Mental & Visual aspect of the game, which is quite logical when you consider it in this context.

(1.) You must make visual contact with an object before reacting to it …

(2.) Your brain must give your body orders directing it how and when to react … Although sounding cumbersome, this is essentially the process:

(B.) Transfer that information to the brain …

(C.) Which analyzes the information, develops the correct physical reaction

(D.) Transfers that information and accompanying directions to the specific body muscles for action.

Obviously this process doesn‘t take as long as the procedure portrays, but the point of the story is there is No way to circumvent this natural basic human procedure, no eliminating steps, however, we can dramatically increase quickness by increasing the speed of the eye to movement reaction time.

You’re standing outside and your right eye, through your peripheral vision, detects an object coming towards your head, you Immediately move your head in reaction to the possible threat.

You don’t know if the object is a wasp, bullet, butterfly or an imagined object, yet you immediately react.

Hearing a noise, you turn and see an apple, which fell from the adjoining apple tree, bouncing down the roof towards you. You watch the apple bounce erratically, then move out of the way as it bounces off the roof and past you.

You recognize the possible threat, you visually feed information to the brain, which formulates the reaction of moving sideways away from the threat.

I’ll classify example 1 as Instinctive Reaction while example 2 is classified as Logistical Reaction.

The differences between the two is the speed or quickness of reaction time the body took to a perceived threat. The mind saw an element of danger in both examples, yet took a huge amount of time difference in formulating a resolution and reaction. Why?

Because in example 1 the mind eliminated the logistical analyzing portion of the equation. It just reacted.

Based on this assumption, if the <I>analyzing</I> portion of the thought process can be eliminated, or greatly reduced, reaction time decreases, physical movement begins quicker, therefore more ground is covered in the same time period.

The player is not aware of it, but when a player hesitates moving to a ground ball, it’s not because he’s afraid of it hurting him, he’s subconsciously analyzing the speed, bounce, distance and direction of the ball, while formulating a plan on how to reach and catch the ball.

This procedure takes a split second, but that slightest delay is often time enough to prevent the player from reaching the ball. The brain must, and can be, reprogrammed to not pay attention on how to instruct the body how to catch the ball, but rather to get to the ball as quickly as possible. 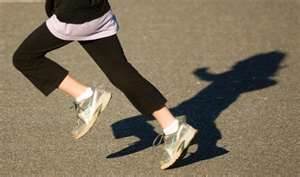 (1.) Have your player assume his normal fielding position, we’ll use second base in this example. Position yourself in the vicinity of the pitching area with a bucket of baseballs.

(2.) As the intent of this exercise is to solely, increase infield range, not catch the baseball, the player is not allowed to use his fielding glove, although he can use a batting glove in order to protect his finger tips.

(3.) The player is instructed he’s not expected to catch the baseball, only make contact with it, such as touch, slap, redirect it, anything which verifies he covered enough ground to catch the ball if required.

(4.) Begin throwing balls to either side of him at moderate speed and distances, which normally the player will instinctively try to catch, as swiping at it just to touch it will feel unnatural. Correct this.

(a.) Increase the speed of the ball and area he has to cover ….

I normally recommend any baseball drill be performed on dirt or grass in order to simulate game conditions, but performing this drill may be better performed on a smooth surface such as asphalt, concrete surface or a gym floor in order to eliminate unexpected bounces.

A player can perform this drill alone by bouncing a rubber / tennis ball against a wall at an angle.

Being a new coach, dealing with young players, you may be concerned that eliminating the principals of how to catch from the brain, could have negative consequences. Relax, the brain never forgets anything and it will structure the “how to” with the “get to” by itself Instantly.