Missed Baseball Signals Can Be Disastrous

Baseball Signals in Baseball are as old as …well, Baseball. However, the usage of them have evolved and become more complicated as the game has changed. Gone are the days of waxed, long handled mustached gentlemen hitting for the fences with no regard for anything but themselves and their record. 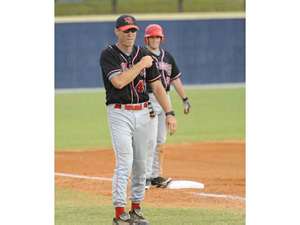 Baseball has evolved into a team sport which the team means more than the individual player. Thus sacrifices, bunts, taking strikes and a whole host of other actions are an integral part of the game, and signals tell players what the coach wants them to do.

There are several reasons for Signals. Surprise, catching an opponent off guard by initiating a dangerous or unexpected maneuver, such as a double steal.

There are critical times in a game, where the situation could prompt two or three different actions. Flashing signs are meant to confuse the opponent. You may have absolutely nothing in mind except hoping the batter gets a hit. But by flashing signals back and forth you may get the other team thinking too much and over react, which may give you an advantage.

For example, they may surmise you have put a hit and run on. With the infielders being directed to alter their normal coverage for a steal, a ground ball hit to the shortstop becomes a hit instead of a double play, because the shortstop ran to cover second base instead of the second baseman, who would have normally covered.

OK. We know the history and pretty well understand the use of signals. So how do we implement them? 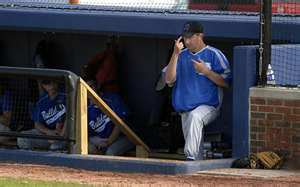 As a Coach you should review the signs with the team prior to every game. I don’t care if they have changed or not. Do you have the slightest idea how many things run through a youngsters mind in one day?

Trust me. This is the time to review the signs or change them if you want.

Let’s say a touch of the left forearm will be the sign to steal. We will refer to this sign as the True Signal for purposes of this discussion.

The True Sign is always preceded by an Indicator. The indicator is always flashed first alerting the player the immediate Next Sign is telling them what to do.

The Indicator is extremely important. Number one of course, it tells the player the True Sign is next. However, Without the indicator being flashed the Sign, true one or not, is Not in affect.

That is part of the confusion aspect I referred to. Believe me in the older and more skilled divisions, stealing your opponents signs is no laughing matter. It is very serious business.

The ability to flash the same sign in numerous different situations without the indicator makes it difficult to distinguish the sign as a legit sign. If you can keep the opposing assistant coach busy chasing false signs, you’ve given your team the advantage.

An Acknowledgement, recognition, Got it Sign …whatever you want to call it, is essential. You must know if all the players involved know what’s coming and what their role in the play is.

I understand some Coaches, upper skill level, high school & college don’t have an acknowledgement sign. They consider it a tip off to the opponent that a sign has just been flashed to put on a play. They also maintain the players are high skilled enough they should catch the sign or else they don’t belong on this caliber ball club. 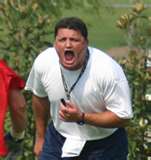 Well, excuse me. But when I stop making mistakes in my normal life, I’ll expect others to not make any more. Don’t hold your breath.

Secondly, if the calling and flashing of signs and indicators are that obvious, the coaching staff has done a terrible job and perhaps it’s they who should not be at this level.

I’ll get off my soap box now.

An example of what I mean is… I call a hit & run. My batter touches the brim of his batting helmet, indicating he knows he’s to hit the ball to the right side of the infield. My runner on first base wipes his right hand across the front of his jersey telling me he knows the hit & run is on.

Let’s say my runner on first base is too slow for a direct steal and the batter doesn’t acknowledge the hit & run sign. The runner would be an easy out attempting a straight steal without the hitter’s protection. I call time out and save myself from running into an automatic out.

Now what’s so hard about that? I consider it Smart Baseball. 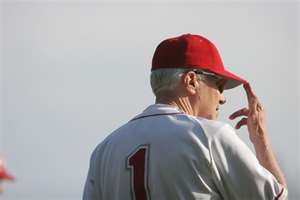 I was a strong proponent of voice signals. I always took control of the third base coaching position, because it kept me as close to being in the game as I could be without being a player. Fortunately, I was a constant babbler. I talked to my hitters, I talked to my base runners, I talked to my first base coach. So verbal signals were a natural for me.

The players seem to pick up on verbal signs easier. I’m not exactly sure why except for the possibility an Indicator does not have to be used with a verbal signal. Therefore they didn’t have to recognize two signs.

Let me say here, I STILL flashed physical signs to my players. They just didn’t mean anything. The opponents didn’t know that though. They’d concentrate on my physical movements and try to drown out my consistent babbling. Little did they know what they were actually doing.

Again, my players still had to flash the acknowledgment sign. This was a physical sign such as the touching of the helmet brim.

Baseball Signals Back To Running the Bases