As a Baseball Manager, You may ask what coaching little league baseball has to do with College Baseball, actually Everything! How a player develops will determine if there’s an opportunity for him to play advanced baseball, and as the Coach, that development will rest on your shoulders.

I’m going to teach you some valuable assets which will help you help your ball players as they mature and grow in their skills.

Value
Value is one of many terms used by Pro and College Scouts when referring or describing the Asset Value a player would provide for the team.
Value is not associated with dollar values, although in the final analysis of a MLB team, indirectly money is involved, but we’re examining College type evaluation.

So what exactly is Baseball Value? In layman’s terms, it’s the amount of anticipated contribution and help a player’s talents would add to the team’s needs vs. what the team would have to give up to attain the player.

To illustrate…Baseball Value ... Let’s use the example of a High school Senior, who maintains a 4.0 grade point average and throws a 98 mph fastball, would most likely be rated as a 100 out of 100 value. (In reality a dream player like this wouldn’t even be graded, only drooled over.) 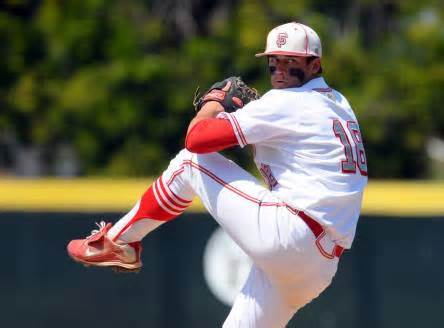 The first Scout is impressed with the fielder’s glove and ability to quickly learn, but the team has a sophomore currently playing second base, who has adequately handled the position. The player would be a good pickup as far as a back-up or as a future second baseman, but not worth the cost of a scholarship. Thus the 45 rating.

The second Scout is from a College team which has a spectacular star playing the shortstop position, but is woefully lacking a good second baseman. There’s an adage “You cannot win a Championship unless you’re strong defensively up the middle.” 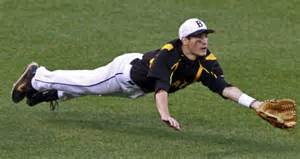 Historically, this adage has proven true, therefore the acquisition of a very good second baseman, which would solidify the defensive middle, would be worth a lot more to this team, thus the 85 out of 100 rating.

Like everything else in baseball, the Baseball Value System is much more complicated with numerous variables affecting the score up and down, but you get the general idea of how the system functions.

The Key Question you need to address is “What, if anything, can I do to improve My Baseball Value Rating?”