Getting Inside A Coach‘s Head: Baseball Manager - Value

In higher caliber Baseball, college, minor league, traveling teams and MLB the rosters are limited to a specific number, usually 45. Forty five players on what is normally associated as a 9 player team, appears to be a large over-abundance of players … in reality it is not. 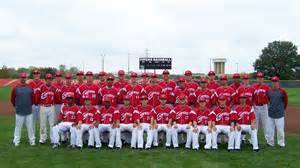 Not Too Many Players - Baseball Manager - Value

In today’s age of specialty players, it’s not uncommon for 25 of the team’s 45 players to be directly associated with the pitching staff, either as a starter or in a relief role, which leaves 20 roster positions for, what is considered “Everyday Players.”

Subtract your regular eight starters, leaving 12 roster positions open for a manager to fill and tinker with as he desires. That number still appears to be quite adequate, but we’re not quite finished.


One and possibly 2 of these remaining 12 positions  Absolutely Must be filled by a Back-Up Catcher(s), and this is a non-negotiable issue, as the catching position is fraught with injury situations, and not just anyone can be outfitted with the Tools of Ignorance and be thrown behind the plate to catch as an everyday catcher. 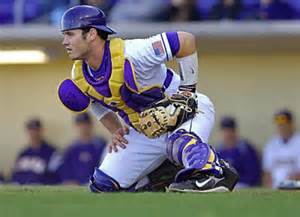 Extra Catchers Are A Must - Baseball Manager - Value

Besides being a very difficult position to master, the mental aspect of calling the game and knowing the pitching staff are not skills the normal everyday infielder or outfielder are exposed to. This requires specialized training, which reserves a position(s) on the roster. (Baseball Value)

Again, in this age of specialties and percentage playing, a manager needs to maintain 2 roster positions for a Bench - Pinch Hitting Left and Right Handed Batters in order to counter an opposing manager’s pitching change of placing a lefty against lefty or vice versa.

Some Coaches consider a bench player with blazing speed, for stealing bases in the later innings, or a player considered a  Home Run hitter, for driving in runs in bunches, or a “Contact” hitter, when getting runners on base is essential, all an absolute necessity to have on the team.

Bottom line is, a manager or head coach, is restricted to X amount of players on his team, of which X amount are required players of certain skills and abilities, leaving very few open positions for a coach to exploit in order to build the type of team he envisions.

You can see where Baseball Value begins to have a direct bearing on whether a player is drafted or not. 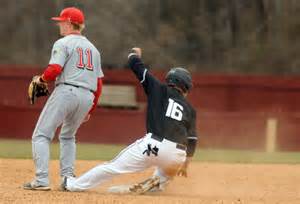 Baseball Manager - Value - Ability To Swipe A Base

Let’s Not Forget the Number #1 Reason for Extra Players - Injuries! Unlike the MLB, which can pull from a pool of players from their minor league, Farm System, as it’s called, college coaches are pretty well stuck with the team they have that year.

Once the season begins quality players across the country are already playing ball at the school of their choice, eliminating the chances of going out and getting a quality replacement player, and although there may be 1000s of great ball players out there, they either have no desire to go to college or are not qualified to be accepted at a college.

This dilemma for the coach is a golden opportunity for you to offer the Coach more Bang for His Buck by being versatile, which allows him to pencil you into numerous playing positions and conditions, offering him the greatest flexibility.