You would naturally expect Baseball Coaching Outfield Drills to concentrate on the How’s & Why’s of catching fly balls, after all that’s what outfielders do. We seem to forget the majority of balls hit to the outfield are ground balls, and do you realize outfielders commit more errors, many more, attempting to field ground balls than catching a fly ball.

The reason this happens is very simple - outfield defense pertaining to ground balls is thought of as secondary in its actual value to overall team defense. Most outfield training is centered on fly balls, not ground balls, which creates outfielders who lack a clear understanding and sure handed ability to field a ground ball. 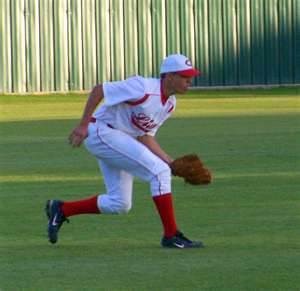 For the most part watching major league outfielders field ground balls is counter-productive because they are playing in ideal conditions and frankly get lazy. Balls rarely take a bad or unusual hop in a MLB park in comparison to several bad hops occurring during every game in a youth ball park.

Therefore, the fielding of the ball to the side of the body, which I call the “DO or DIE” fielding method, pro ball players use, should be limited to only critical situations when the outfielder has NO CHOICE but to try and field the ball while maintaining as much forward momentum as possible, in an attempt to throw out the potential winning or go ahead run late in the game.

Even in this situation I hesitate to tell my players to utilize this method because it is safe to say that the ability for most young outfielders to field the ball cleanly and make a good accurate throw with velocity, is highly unlikely.

In summary, I don’t suggest a coach discourage his outfielder from the "Do or Die" technique, in fact I encourage practicing the maneuver. But what I do recommend the coach does is explain the number of problems which can occur in attempting the "Do or Die" method versus other techniques.

Problems with "Do or Die":

1. A Poor field condition is the number one concern, as an outfield which is rough creates untrue and erratic hops which make cleanly fielding the ball difficult.

2. With speed comes the increased chances for an error in visual judgment, which could result in the outfielder bending down too late allowing the ball to scoot under the glove.

3. Another problem, in conjunction with #2, is the Outfielder moves too quickly to the ball, is unable to control his body and get his glove into fielding position in time, resulting in the ball bounding off glove. 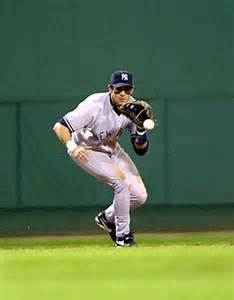 4. Again, with the increased speed and possible lack of body control, his feet get ahead of arm, which produces a throw in which the ball sails over the cut off man, permitting the trail runner(s) to move up a base.

Basic Steps for an outfielder to become better defensively are:

(1.) Work on fielding ground ball techniques in the same manner an infielder approaches a ground ball. Staying down on the ball, fielding ball out in front of you, keeping body square to the ball, etc.

(2.) Always being aware of the situation, (score, inning, hitter, etc…) which will have a bearing on how you field the ball. A runner on second base attempting to score the winning run will require the “Do or Die” fielding method, where leading by 10 runs requires a totally different fielding, and safer approach.

(3.) Always being aware of where the base runner(s) are and where each originated from, which will dictate where they’ll probably attempt to go. A runner on second may attempt to score on a ball hit to right field which may require a throw home, but a hit to left field may require a throw to second to hold the hitter at first base, because the runner stops at third. 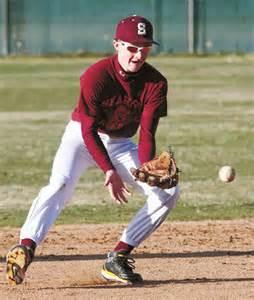 One of the best approaches to ensuring outfielders become better outfielders is to put them in the infield and let each take ground ball after ground ball using infield techniques to field the ball.

The outfielder must learn to create the correct angle to the ground ball, no different than creating their route while pursuing a fly ball. But, because most outfielders rarely work on ground ball defense, it’s not unusual to see a player taking too sharp of an angle to the ball and letting the ball skip by them. 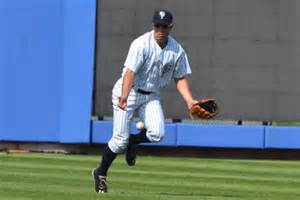 (3.) Yell which base to throw it to after hitting the ball.

(a.) The line drives will force them decide whether to attempt a catch or play on a bounce.

(b.) Hitting Ground balls, then yelling which base to throw, forces them to adjust their body position as they move, in order to be moving toward the designated base.

(3.) Return throw to second or third base, change it up.

Teaches Fielders required to chase a ball far to their glove hand side to reach the ball, spin move and throw to the base. When required to field ball with a backhand, the player is required to stop, set and throw. Both situations require the player to quickly develop an angle of approach based on speed and distance of ball 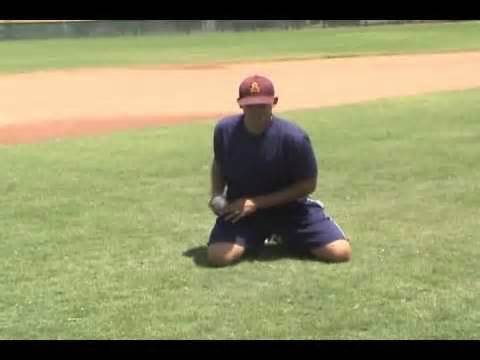 The famous Quick Hands drill is as beneficial for outfielders as their infield team mates.

(1.) Position players on their knees spread apart by @ 3 feet.

(2.) Bounce balls directly and to either side of them. By taking the legs out of the equation they must depend solely on their hands to catch the ball.

(3.) Use a different variation and have the players discard their glove and use tennis balls. If you can master catching bare handed, you can definitely perform with a glove.

The intent of this lesson is to stress the importance of learning how to properly field a ground ball as an outfielder. A misplayed ground ball rolling to the fence is just as disastrous, if not more so, than a ball hit on a fly to the wall.