Baseball coaching advise, even when basic mechanics is the subject, can vary greatly from one coach to another. This doesn’t necessarily mean one coach is more knowledgeable than the other, only that they approach the game differently. The problem is created when players are given conflicting instructions resulting in confusion and frustration for the player. 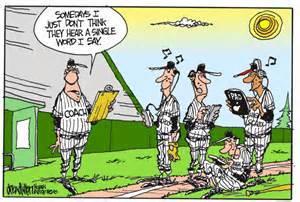 A large portion of today’s players are taught by three coaches simultaneously, their regular or high school coach, their traveling team coach and their private instructor. Do you really think these 3 will all have the same coaching philosophies and approach? Not likely. That’s why it’s so important for coaches, through the parents, to coordinate their efforts.

Take a look at these three scenarios to see what I’m talking about.

The traveling team coach tells the player his starting mechanism mechanics are off in his stride and to change it, while the player’s private trainer gives conflicting instructions. This can only lead to confusion on part of the player as now he doesn’t know whether to stride forward or simply lift his foot. 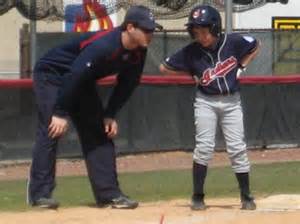 The travel team coach gives directions which are contrary to the player’s personal coach such as using an inside out swing to hit to the opposite field vs. waiting for the ball to get deeper in the box. The player tells him parents who approach the travel team coach and tells him to stop trying to change what the private coach is teaching.

This is a formula for disaster as the traveling team coach either benches the player because he can’t coach him in a way he feels is right, or there is atomicity created between the coach and the parents. The player loses in either case.

The worse possible scenario is the player becomes so frustrated and confused by the constant conflicting information from 3 coaches as well as his parents, he turns the entire system off and losses interest in the game.

It’s no longer fun to play, instead of looking forward to practice he dreads it, girls and cars have taken on a new importance and he drops the possibility of a promising career. Perhaps not a major league career, but perhaps a college scholarship which could be the difference between attending or not.

This all may sound like a doomsday article, but it is not. I’m merely trying to address the seriousness of coaching differences and the need to coordinate those differences so they don’t conflict, negatively affecting the player.

1. Accept the fact that private instruction is the norm today, especially at this age and skill level. The coach must be able to accept this fact and coach accordingly.

2. Approach players with the “Other” coach in mind. Instead of saying “You’ll never hit your weight with a stance like that,” … say “I think you may be better off working on so & so to eliminate so & so.” This gives the player the opportunity to convey to the other coach your concerns in a questioning manner instead of a hostile one. 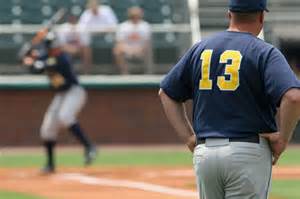 3. You’re Pre-Season team meeting is the place to address the issue of outside coaches.

a. Find out who and how many players have private instruction;

b. Discuss your philosophy for dealing with the outside coach issue, whether you’re ok with it or will ignore it. It’s best for all concerned to know what they’re going into.

c. Ask parents to inform you if their player obtains a private coach in the future.

4. Be willing to contact and work with the other coach(s) when it will benefit the player.

1. All coaches mean well and are there to teach and help the player.

2. The team coach has an obligation to still coach what he sees. Just because you’re paying a private instructor doesn’t mean they are always right.

3. Listen carefully. There are many times coaches are actually saying the same thing, but in different terms.

The bottom line is everyone concerned is there to help the youngster become a better ball player. Parents can help, by being a go between, the various coaches coordinating their efforts and maximizing the benefits. They can also be a calming voice to the player by explaining all coaches are trying to help and should be listened to respectfully even if the advise is not heeded.

There are no real absolutes in baseball. If there was one correct batting stance you wouldn’t see so many variations and so on and so forth. Start with the basics and adapt from there is the best coaching advise I can give.