A Youth Baseball League coach will encounter issues along the way, and how well you handle these issues will determine the amount of enjoyment you get out of coaching.

As there is no standard set method of how a  Baseball Association functions, the first step to coaching, if you’re new to the system, is to get to know what kind of system you’re going to be coaching in and how it works.

(1.)  Some Associations hold general sign-ups where anybody can sign up to play, then the children are divided into designated age groups.

(2.) A committee will assemble the teams by placing players and will set up a season’s schedule before assigning the team to you, and of course your child will be on the team. 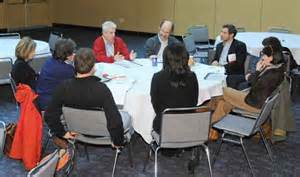 (3.) You’ll be assigned assistant coaches from a pool of parents, whose player is on the team, which have signed up to volunteer their time. If there are no volunteers it’ll be up to you to draft a coach from somewhere, such as a spouse, a workplace friend, cousin, anybody which you feel you can count on to help and who will share, or at least not hinder, your coaching philosophy.

(A.) It’s important, whether it’s an assigned coach or one of your choosing, that both have the same goals, perhaps not the same techniques, but the same goals for the team. 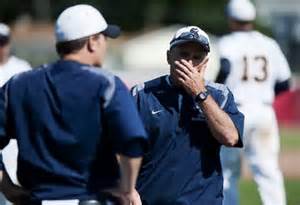 Let’s say you feel that teaching the proper baseball techniques, through drills and practice is a very important part of your coaching duty, but your coach feels that the youth baseball league experience is just having fun and practice is a waste of time …. Well, it’s Not going to work.

You’ll not only have a confused and chaotic baseball team, created by conflicting directions, but more than likely have troublesome issues with your coach which could lead to hard feelings.

Worse yet, your coaching career has just ended! It won’t be worth the hassle.

If you have doubts or are unsure of your compatibility with your assigned coach, don’t panic as it will probably work itself out as the practice season begins and you both become familiar with one another.

However, if it doesn’t, and it will quickly be evident, a quick amicable separation is the best method, as hiding from the problem will not make it go away.

Take Heart. This is a worse case scenario and seldom happens, but if you would encounter the situation, you can see why it’s imperative to get it corrected before trying to move forward.

Ben Franklin, on perfectionism, once wrote something similar to  “Make All the Mistakes You Can … as Soon as You Can,”  and although the remark must have been a tongue in cheek statement, which was suppose to create thought … it’s actually a profound statement. 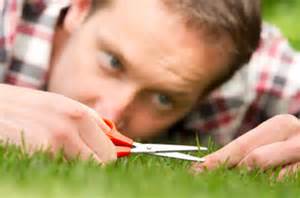 Our life and knowledge is built on a collection of experiences, which many involve the making of a mistake. As a young child you touch a hot stove, obviously a mistake, which you learn and remember not to repeat, thus gaining knowledge. The reference to making as many mistakes as possible in a short time, refers to not being afraid to make mistakes, why wait until you’re old to try something new?

This philosophy is nothing new and is taught in every school of higher education world wide. “Thomas Edison failed 10,000 times before …” and Henry Ford attempted 50 times then…. Etc, etc. Most humans, although very seldom enjoying a failure, realize it’s part of the learning process.

But… what about the type of person who can not tolerate making a single mistake? How can we coach a player who can not emotionally handle failure, even though it’s part of the process? You can’t.

Therefore, it’s extremely important, as a coach, to know the signs and root causes of a player who is or is quickly becoming a “Perfectionist.”

Watch for these major influences:

(1.) Pressure from parents to excel, which this is not an easy read. There is a huge difference between being an excited and supportive parent willing to do anything to help their son or daughter excel at the sport, and a dictatorial type parent who refuses to accept their player’s failure, minor or major and openly displays anger or disgust in public. 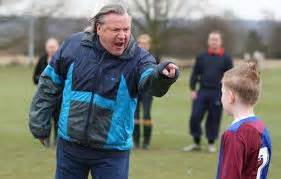 (2.) Watch new players on the team, especially an older player coming from another team, for signs of developing perfectionism. They may have come from a “perfectionist environment” on the former team and will feel they were cut because they were not perfect.

(3.) Pressure of  wanting to become one of the “elite” or “popular” people, which can be a normal teen issue, but if apparent peer pressure is coming from within your team, address immediately.

(4.) Some people are just born perfectionist and would be miserable living any other way.

“So you’re saying don’t try to be perfect or teach that ?”

I am Not inferring there’s anything wrong with wanting to become a perfectionist, as striving for perfection is the driving motivator which gives us the energy and will power to spend hours in the batting cages, or fielding hundreds of ground balls, attempting to be the best you can be.

We as adults know, perhaps sadly, perfection can never be achieved in baseball, or any other sport for that matter, as there are no 1000% hitters nor pitchers who record 27 strike outs every game.

That doesn’t mean we don’t strive for that, but the problems arise when we preach and teach perfection, but never mention it’s OK to fail while we’re attempting to reach the unobtainable.

Keep an eye out for the following signs which could indicate a possible problem.

(1.) Does the player become angry, frustrated or throws a temper tantrum quickly or easily ?

(2.) Does the player tell a teammate who misses a ground ball, to shake it off, but slams his glove to the ground in disgust if he makes the same error ?

Coaching youth baseball/softball, although quite rewarding, is not an easy task. When parents give us the responsibility of teaching the game of baseball to their children, we inherit the job of instilling high morals and work ethics which the players will carry with them for the rest of their lives.