Teaching Youth Baseball Drills Tricks of the trade, so to speak, are things which should be, but often are not practiced, or even talked about by some coaches, because they reason the plays don’t occur that often and perfecting the basics is the most important thing to concentrate on.

I do not disagree that mastering the basics is a Must, however, players will encounter the more difficult plays and must be aware of how to properly perform the maneuvers in order to increase their chances of making the play, and decreasing their chances of looking foolish. 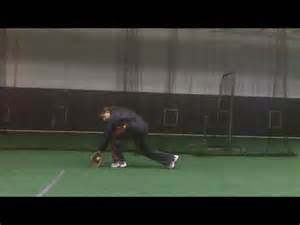 Ground balls, especially hard hit balls, to a player’s extreme right, are very difficult, not only field, but to gain control of the body and execute an accurate throw for a put out.

However, as an infield player increases their range, by performing drills described in other links on this site, they will encounter increased opportunities to make a back handed catch of ground balls which had previously skirted passed them and into the outfield for a hit.

Let’s look at the steps for completing a Back Hand Catch & Throw. 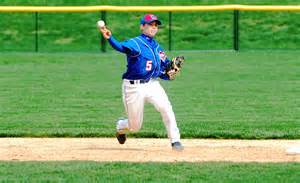 A. It is imperative an infielder begins every pitch with the proper fielding stance! From this position, they are able to instantly move left, right, backwards or forward while maintaining body control and staying close to the ground. 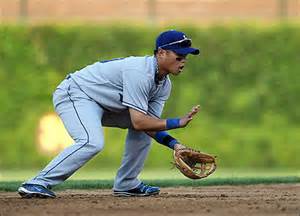 B. An infielder’s initial reaction to a ball hit to his far right is to pivot on the balls of the right foot and make a cross over step, identical to the steps taught in base stealing, in order to quickly get to the ball. This must be an instinctive reaction, especially for a third baseman, because any hesitation created by thinking will most likely prevent you from being able to reach the ball.

After catching the ball, your next action is to immediately stop your momentum, which is carrying you away from the base you intend to throw to, increasing distance of the throw, and any additional steps will allow the runner to get much farther down the line to the base. 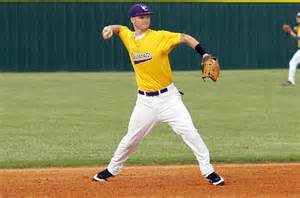 Immediately planting your Right Foot,  known as coming set, will stop your forward momentum. As you are raising your body, grip the baseball in a four seam grip and remove it from your glove, as you square your left shoulder to first base, extend your throwing arm behind you.

Do everything possible to get on top of the ball as you throw. By throwing overhand and not slinging the ball sidearm, you increase velocity and accuracy, and should the throw be short, it will take a truer low skip to the first baseman, which depending on turf conditions, can actually increase the speed in which the ball gets to the base.

D. In some cases, either your momentum is too great to stop on a dime, or the ball bounced too high placing you in an awkward position to attempt to come set. Whatever the reason for not being able to stop your momentum, you still must attempt to slow it down or neutralize it. 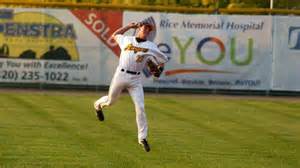 E. Leaping into the air is one such method to slow momentum. Realizing you will not be able to stop, as soon as you catch the ball, your thought process is  the first step my right foot contacts the ground, I will propel off the foot and  leap into the air. It might be noted here, You can not use this method using your left foot to go air-borne. 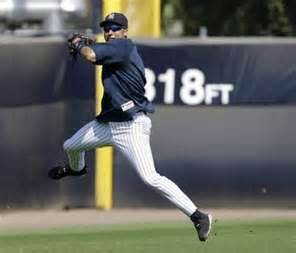 Attempt to leap as Straight up as possible, keeping in mind you’re not concerned about how high you jump, you just want to break contact with the ground and slow your forward momentum. By leaping as straight as possible, you decrease momentum substantially, but more important, you’re in a better throwing position, as the throw must be made while you are air-borne.

F. There are other factors to consider in this play. As this throw will be based solely on arm strength, consider if your arm is strong enough to make such a throw. Can you make a somewhat accurate throw from your position or are you leaning too far one way or the other, making accuracy nearly impossible. 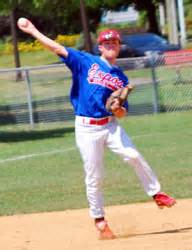 G. It’s essential for fielders to always know as much as possible about every scenario, prior to every pitch. Basic information such as, runners on base, number of outs, score, inning or any educated guess of the physical abilities of the batter has a direct bearing on how you play the ball.

I stress this for obvious reasons, but one reason in particular related to the Back Handed Catch, is the speed of the batter. If the batter resembles a grey hound with accompanying speed, you’ll be forced to implement whatever method possible in order to make a Quick throw to first.

However, if the batter appears over weight, or you have previously noted he was slow afoot, this will affect your fielding decision.