Youth Baseball Bats - How To Choose

The issue of Youth Baseball Bats and how to choose the correct one, has been a subject of great debate, especially in this new age of composite bats. Unless you had a degree in metallurgy or chemistry the materials bats are made of and their claims to fame, were not only improvable, but not understandable.

Therefore, most parents either bought a bat based on what other players on the team used, or by cost. The most expensive had to be the best bat …right?

Oh, contraire my friend. There are many instances where the most expensive bat, is the worse bat for a particular player.  *** A word of caution here *** Due to the increased risk of severe injury to infield players, All leagues have banned certain composite bats. Check with your local league, because they have varying rules, before plunking down $300 on a bat which can not be used. 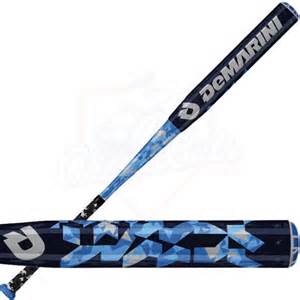 Youth Baseball Bats- Legal Or Not?

Returning to the issue at hand, choosing the correct bat, let’s examine some issues which must be considered, but unfortunately rarely are.

SPEED  of the bat creates the power which propels baseballs over outfielders’ heads. Sure weight, length, handle size and sweet spot all contribute to the effort, but without the speed to whip the bat through the hitting zone, the type, size or weight of the bat are of little consequences. 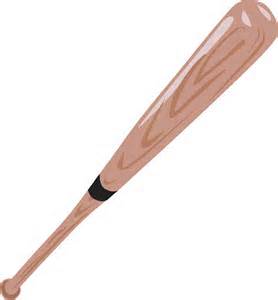 But don’t most Power Hitters in the Major Leagues use heavier bats? Some do … some don’t. Many major league sluggers use 32” bats, while some punch hitters use 36” bats. ( Let’s not forget the dramatic difference between composite and aluminum bats in comparison to wood bats, which are the only bat allowed at the big league level.)

If a particular player chooses a larger and heavier bat, it’s because he’s physically strong enough to whip such a heavy bat through the hitting zone. Punch hitters may choose a 36” bat, not because of the weight, but because the extra length gives them a better chance of making contact with the pitch.

The body's Core Strength produces the energy to speed and power the bat through the hitting zone. Although the entire body is utilized, core strength basically concentrates on the Legs, Shoulders and Arms. Increase the strength of these basic muscle groups, the supporting muscle groups of hips, wrist and hands will follow, which will allow you to greatly increase the speed of your swing.

This was not intended as a hitting clinic, but you must be aware of what actually creates a good swing, in order to buy a bat which will complement it.

For instance, if you have long, thin fingers, a narrow handle would not be the proper choice as you could not grip the bat properly. ( Remember …hand strength is in the fingers not the palms ) Just the opposite, short fingers would have a difficult time properly gripping a large handled bat. 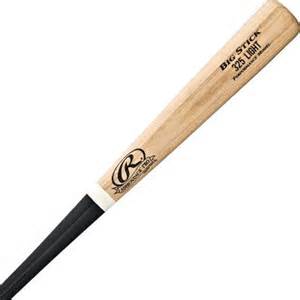 Composite and aluminum bats have large Sweet Spots which are very forgiving of a ball not squarely hit, and will add an additional 20 to 30 feet in distance of any ball hit. This large sweet spot and increased distance is essentially the same for all non-wooden bats.

This was not always true, as space age technology created composites which made the ball come off the bat at increasingly alarming speeds, which placed infielders, especially the pitcher and third baseman in harm’s way. Thus the reason for some bats being banned … they were just too dangerous

Okay, we now know that Speed of the swing creates the power to hit long balls and Core Strength  is the number one contributor to implementing the speed.

So now let’s choose a bat.  There’s a Rule Of Thumb,  swing the biggest bat you can physically manage. Remembering what we’ve learned we can now ignore price, colors, brand name and hype, and concentrate on finding a bat which complements your body strength and hand size.

The only sure fire method of doing this, is to pick up a bat and swing it. Three bats, exact same weight, length and brand, may each feel different in your hands. Your grip may feel more comfortable on one bat than the other two, or your swing feels like it has a bit more whip in it with one bat than the others.

These bats are mass produced, so the labeling is more or less a guide. Bat producers can not build in the individual human aspect of feel and touch. I realize this cast a negative shadow on buying bats on line, but what can I say…. That’s my personal opinion.

Below is a chart based on player  Age and Height and the suggested Bat length the player should use. This is a good guide, but remember every player is different. Don’t try to force yourself into the recommended category if it doesn’t feel right.

Although aluminum and composite bats are reasonably tough compared to wooden bats, which are prone the break if they strike the ball wrong, they still require extreme care. Below are a few basic Tips on breaking the bat in and bat maintenance.

1. No different than a glove or new spikes, a bat must be broken in. An aluminum or composite bat should take contact with 100 or more pitches before using it in game situations.

2. When breaking the bat in, after each hit, turn the bat a ¼ turn before the next hit. Continue to do this throughout the entire break in period. Use only leather baseballs … not rubber coated baseballs such as batting cages use.

3. Attempt to limit the bat usage to your own swings. A bat has a finite life and will become less effective the more times it contacts the baseball.

4. Do not store the bat in temperatures less than 60 degrees F (16 degrees C) such as in an unheated garage through winter.

5. Do not store in extremely hot conditions such as in a car trunk or laying out in the summer sun.

6. Don’t hit rocks or clean your metal spikes with the bat.