Although wood baseball bats have seemed to have lost its’ importance in baseball, that is merely an illusion, as wood bats will never be completely abandoned by baseball and I foresee a trend back to wood as fans become more & more frustrated with “space age technology baseball.” When will we tire of a 13 year old hitting a ball 330’, a distance equal to major league hitters?

Therefore, let’s re-educate ourselves on the types of wood used to make baseball bats, the pros & cons and just plain differences. 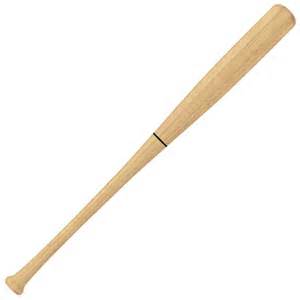 Let’s begin with maple, which is a very hard & dense wood. The harder the surface of the bat, the faster the ball jumps off the bat, which makes it a popular wood to use. Simply put, the maple has a very close grain, which makes the need of a straight grain less important than in other woods. Maple bats will not splinter and the grain will not separate, affecting the bat’s integrity, but the bat is less flexible. Baseball Bat Size Chart

Ash wood, unlike maple, will flex, which gives the ball a trampoline effect as the ball comes off the bat. Unlike the maple bat where the ball jumps off the hard surface, the ball compresses the wood upon impact, then like a diving board, catapults the ball off the bat with more force than the maple.

You would think this spring board effect on the ball, which makes the sweet spot larger, would be the greatest strength of ash, and it is, but it is also its greatest weakness. The grain of the wood, due to the flexing, will delaminate after a certain time, which results in a dead bat, much like aluminum bats react to usage. Chances are the bat will wear out before it breaks. 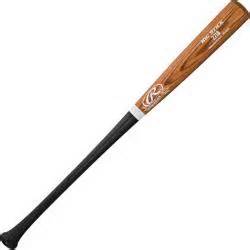 Birch is not only stronger than ash wood and will not flake, it is more flexible than maple, but the real positive with birch is its’ weight, or lack of. It is a much lighter wood, which will allow a player to use a larger sized barreled bat, which means more power being created through the hitting zone. Birch could ultimately replace maple as the most popular wood for bats. 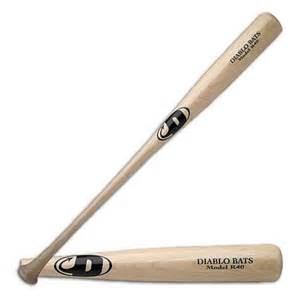 Composite Wood Bats are typically some combination of different wood types that have been fused together to make a more durable bat. Bamboo is one such wood which is utilized for this process. Bamboo shoots are hollow and can be tightly compressed by extreme pressure making the strip very strong, tension strength greater than steel. When these shoots are combined with maple the bat becomes very durable, some are guaranteed not to break, which had been unheard of for a wood bat.

However, there is a price tag for such durability, but they make great practice bats saving the even more expensive aluminum bats, which also go dead after so many hits.