What Is Tommy John Surgery?

Tommy John surgery is one of the most prolific career saving reconstructive surgeries ever introduced to the world of baseball, in particularly “Pitching.”

The invent of the procedure has helped 100’s of baseball pitchers, amateur and professional, continue their career after sustaining the pre-op era, career ending injury. ----Tommy John Surgery

The named “ Tommy John “ surgery is not the actual surgery, but rather the name of the first pitcher to have the surgery and return to a professional baseball pitching career. So, what exactly is the injury which requires the surgery ?

In layman’s terms, the ulnar collateral ligament, or UCL as it’s known, becomes torn or stretched and becomes unable to hold the bones in the elbow tight. This loss of structure results in pain within the inside of the elbow and prevents a pitcher from being able to throw a baseball. 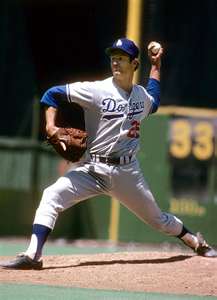 As with any injury the sooner the diagnoses and treatment the better the chances of recovery without drastic procedures, such as surgery. These are possible early warning signs which should not be ignored:

(2.) A feeling of looseness or instability of the elbow ….

(3.) The Ulnar Nerve, also known as the funny bone, becomes irritated or inflamed, which creates a tingling or numbness in the small and ring finger of the affected arm….

(4.) Decreased ability to throw a baseball, or any other object. It’s important not to ignore these signs as a torn UCL will not normally interfere with any other baseball activity such as :

(d.) Lifting Weights Because of the lack of pain while performing these stressful activities it is not uncommon for the player or coach to chalk the other symptoms up to soreness of the muscles and continue to ignore them. 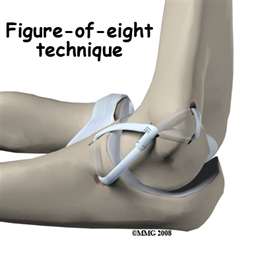 Diagnosis: Detecting the injury is accomplished through :

(3.) An MRI in conjunction with a gadolinium dye injected into the elbow The injury can at times be difficult to diagnosis because the tests are not always 100% effective in detecting the issue, therefore it’s extremely beneficial in the diagnosis if the player or coach has a detailed chart of how the pain has increased or performance has decreased.

Injuries such as this tend to follow a pattern and giving the doctor all the information possible helps him correlate the patterns. Initial treatment for the suspected injury is:

(a.) Rest … No throwing for a specified period

(b.) Ice … To reduce inflammation and pain

(d.) Therapy … to strengthen surrounding muscles around the UCL. 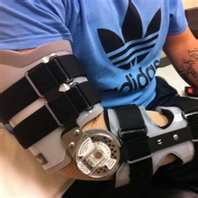 What Occurs During Tommy John Surgery ?

As we have said the injury is the result of the tendon becoming torn or stretched beyond repair and requires being replaced. Tendons are taken from other parts of the player’s body such as :

8. At times tendons donated from a deceased person is used. The surgeon will drill holes or tunnels in the Ulna and Humerus in which to attach the new tendon, or graft as it’s known. --------- tommy john surgery

The tendon is weaved through the holes in a figure 8 pattern to reconstruct the ligament and secure it to the elbow. Any remaining portions of the original tendon is also woven into the new construction for added strength, which creates an issue we’ll explore in a moment.

The surgery is so common place anymore complications are rare, but could include tingling and numbness, which generally goes away in a matter of weeks.

(3.) Rupture of the graft or replacement tendon. These problems can normally be resolved with additional surgery.

Rehabilitation: Full rehabilitation, although different for each individual, usually requires at least 1 year and normally 2 years before returning to original performance levels.

Rehab programs also vary, but a normal scenario is as follows:

Perform careful range of motion exercises for the wrist, hand and shoulder * Wearing a Range of Motion Brace to gradually regain full motion of the elbow.

* This continues throughout a 4 month period being extremely careful to not over-stress the elbow.

* After 7 months the player returns to throwing off the mound

* After 9 months the player, as long as he’s pain free, may pitch in semi-serious game situations, such as Minor league pitching.

In 1974 when Frank Jobe, MD. The LA Dodgers team physician performed the first UCL reconstructive surgery, Tommy John, the patient, was given a 1 in 100 chance of resuming his MLB pitching career with the Dodgers. John returned to the Dodgers in 1976 and pitched for another 14 years, winning 164 more games before his career ended.

Today an estimated 75% to 80% of Tommy John surgeries return to their prior performance levels and some exceed them. The success of the surgery has presented a dilemma for baseball and the medical profession. -----Tommy John Surgery

Because the surgery replaces a worn or torn tendon with a new one and incorporates the remaining strength of the injured tendon, many pitchers return to pitching with a higher velocity than they ever threw before. This has created players, who are NOT injured, requesting the surgery in hopes of being able to throw faster than their natural ability allows.

This is a very unwise decision, as we stated earlier not ALL pitchers successfully make a comeback after the surgery so why risk it.