Throwing a Curveball - Another Chapter


When the topic of throwing a curveball is discussed amongst youth baseball coaches, there seems to always be a disagreement concerning the affects on a young arm.

I personally do not agree on trying to teach a 10 year old how to throw a breaking ball, they are too young, but this is a teaching site so bias must be reigned in. Let’s discuss some of the Pros, Cons of throwing a breaking ball, then knowing some will continue to throw the pitch, we’ll learn how to properly throw it with the least amount of ill affects. 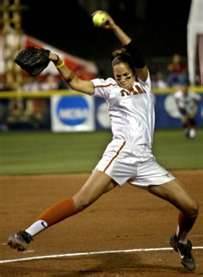 One must stop and consider the act of throwing a baseball over handed is an unnatural act as the muscles are not designed or intended to be used in a repetitive over hand motion for long periods of time.

The obvious telling difference is softball pitchers, who although throwing equivalent to a 95 mph fastball, curveballs and risers, can still literally pitch day after day with no ill affects, as their wind up and delivery is a natural motion for the shoulder, arm and other body parts.

A coach doesn’t have to understand the medical reasoning between the differences, only that they do in fact exist and should be your first red flag on the dangers of throwing a curveball incorrectly, or for that matter, incorrect mechanics of throwing any pitch.

That being said, it’s unfortunate, but shouldn’t be surprising, pitching and arm injuries, often go hand in hand. The premature throwing of a breaking ball, which includes the curveball, either by a player too young or mechanically incorrect, is a major factor in young arm injuries. 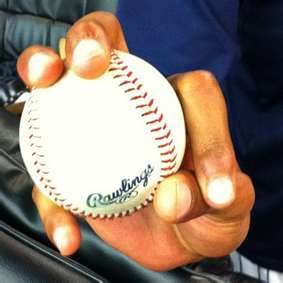 We now know the possible dangers of throwing a curve ball, and to be fair injuries are also incurred by older players up to and including major league pitchers, so let’s look at methods to learn how to throw it correctly in order to avoid, or at least minimize injuries.

There are numerous methods and grips used to throw a curve, however my players found good success with the following methods and I’m very familiar with the techniques.

The number one issue coaches’ seem to immediately get wrong is you Don’t purposely snap your wrist every time you throw a breaking pitch, forcing the wrist downwards, but rather the wrist should be loose and flexible, allowing for the natural motion of snapping downward, not stiff and rigid.

Start out holding the ball exactly the way you would a two seam fastball, Index and Middle finger on the seams, the thumb under the ball resting on the seam. 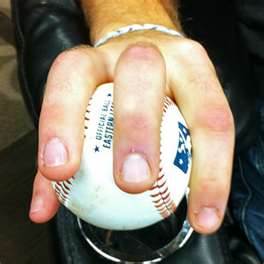 Slide your Index and Middle fingers to the right until they straddle the seam, for a different break you can slide your fingers to the left, once again straddling the seam, but be sure your thumb is in direct contact with the seam on the underside of the ball.

(1.) As you proceed with your wind up to go home, as your arm comes overhand and the hand approaches the level of your head, the palm should be facing the side of your head…

(2.) Release the baseball as your hand goes past your head, your wrist will go downward naturally, allowing the ball to roll off your index finger while your middle finger and thumb spin the ball.

To throw this pitch your grip is exactly as if you were throwing a two seam fastball, except you’d move your two fingers to the inside of the seams, meaning the Seams would be on either side of your fingers.

When you deliver this pitch, as your hand reaches the side of your head, your arm should form a right angle, the palm is still toward your head and you use a rolling wrist motion as the thumb spins the ball. This is different from the over hand snap of the wrist for a fastball and makes the ball drop. 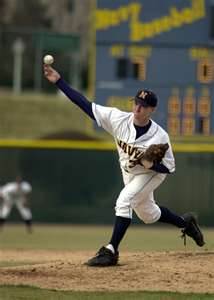 This pitch is executed the same as the 12-6 method, except you are applying pressure on the ball with your middle finger, which tends to make the ball start out high, then veer off and drop.

Pitching Grips are the initial start to throwing different types of pitches, as the grips determine the rotation of the baseball as it’s thrown, which dictates movement or non - movement.

Pitching Grips are numerous in variations for nearly every pitch based partially on the desired effect of the pitch, hand size of the hurler and just plain old “feels right.”

However, all pitches begin with a standard “How to Hold” grip, then spin off from there.

You already know the importance of following completely through when throwing any pitch, and the curveball is no exception, as this is not only the correct mechanics for maximum performance, but also to reduce injuries.

The Pitching arm in motion is like releasing a coiled spring, the energy exerted is extremely great. Let the spring expand totally, releasing this energy, and everything is fine, but if you slam the brakes on before total expansion, you’ll risk injury.

Ever notice an umpire call time out after the pitcher has begun his delivery and the pitcher throws the ball anyway. Doesn’t matter if it hits the ground or soars over everyone’s’ head. He does not want to slam on the brakes and risk injury to his arm.

Throwing a Curveball to Learn to Pitch