Baseball Strength training is not a new concept, it’s been around for years, but in reality very few student-athletes, coaches, and parents know much about it. They know it exists and it’s probably something they should be doing, but what they really should know is why it is important and how it can benefit baseball players.

There has been a renewed interest in baseball training concerning the pitcher position. Traditional wisdom discouraged pitchers from training with weights because it was feared extra muscle mass could negatively affect pitching mechanics. However, with the recent generation of pitchers, who included the training in their regiment, entering the big leagues with 96 to 99 mph velocity, attitudes are quickly changing.

This Baseball training is not about just bulking up, it’s not about making you ready to strut around the beach like a peacock … it's intent is to work you into the best physical and mental condition as possible.

Let’s look at seven, and this is not near all-inclusive, of what I consider may be the top reasons why strength training needs to be a part of baseball player’s life. 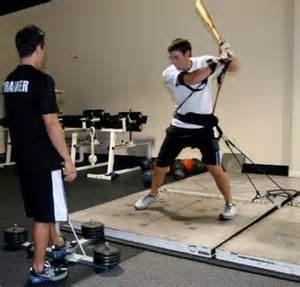 The number one, and if for no other reason baseball strength training is important, is to reduce the likely hood of injury. Although we know injuries can not be completely eliminated, it’s accepted fact a well conditioned athlete is not only less likely to become injured, but the severity of the injury is usually lessened.

If you have any doubts of this type of training consider this … would professional and college athletic programs spend hundreds of millions of dollars on something they derived no benefit from? Not likely.

Running speed/quickness in the field and on the base paths are key parts of becoming a complete ballplayer, so if you’re in the gym anyway, it's important that you work to get the most out of your leg exercises. While some speed is God given, anyone can make themselves just a little bit faster by increasing their strength.

Without becoming too scientific, running consists of a series of violent movements, the foot being rammed into the ground and then being forcefully propelled forward, of which strength is a major component. 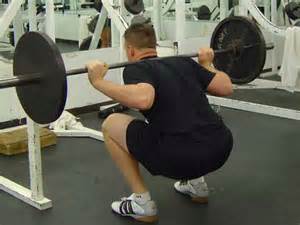 This is not rocket science, obviously the stronger you become the more "pop" in the bat and a stronger arm/delivery you’ll develop over time. Many people don’t realize that objects only go as far and fast as the force that is transferred to them. In other words, the speed of the bat when striking the ball transfers maximum force to the ball, which makes it travel faster and farther. This is all determined by bat speed which is determined by the player’s strength. Increase strength … increase flight distance of the ball.

Ever wonder what you may be able to accomplish if you were as strong at the end of the game, or at the end of the season as you were before the game/season even started. A properly designed baseball strength training program will allow you to maintain strength and endurance longer into a game as well as a season.

It’s not uncommon to see, at all levels of baseball, some players' statistics going down in the second half of the season. This is less likely to happen if you are on a proper training program, pre-season and in-season training, focuses on what baseball players need to be in great shape throughout the season. The risk of fatigue, and its’ accompanying downfalls, are reduced. 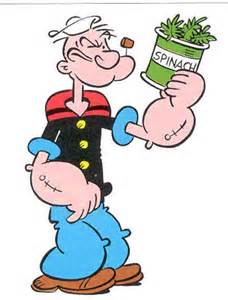 Nearly all, if not all elite hitters, are known to be very disciplined at the plate, and the discipline learned by being in the gym strength training only enhances that ability. It takes a LOT of discipline to keep going to the gym in order to maintain your routine as there are always reasons or excuses to skip a workout, but learning to adhere to your routine will help instill your own self-discipline.


6. Confidence - Some people will argue, I’m not a 100% convinced but won’t argue, that the confidence a baseball player can gain from their workout program goes further than any of the other benefits. They maintain, and rightfully so, part of that confidence stems from being able to accomplish things you never knew you could in the gym.

For instance, if you currently bench press 150 lbs and set a goal of increasing to 200 lbs., a 25% increase in weight which is massive, and through hard work and persistence you reach that goal of bench pressing 200lbs. Any idea of how much confidence that will instill in you. You’ve proven to yourself, sometimes the hardest person to convince, that there are no limits to your abilities if you try hard enough. 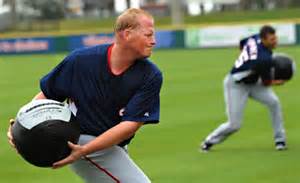 - You can think of this as being a key component pertaining to both your baseball life and your normal life, as strength training will keep you healthier than those who don't train. In the same vein, it can make you last in the game of baseball for a much longer time than those who don't stick to a training program. Another benefit is the extra endurance will allow you to play in the men’s slow pitch beer league much longer than your out of shape friends, which at 50 years old is no joking matter.

The combination of talent and baseball strength training can be the slight difference, the tipping point, it takes to makes a good baseball player great, a minor leaguer a big league player. That’s why I consider it quite important that all players, coaches, and parents learn early how to implement a good strength training program.

Once a player realizes how much it helps them to play the game at a higher level, there will be no need to prod him to train.