Pitchers have a strategy to get you out, what’s wrong with you having one to get a hit off him. As you prepare to enter the batters’ box you should go through your pre-hitting ritual, the same mental, breathing and physical preparation you do every time you hit.

The theory behind this, and it’s proven correct, a hitter develops muscle memory and timing by being exposed to repetitive actions, such as standing in the same spot in the batters box, every time, measure the plate with your bat, every time, take a deep breath, every time. Everything exactly the same every time you come up to bat.

However, there will be one thing which will be different nearly every time you bat, which greatly impacts what you want to try and accomplish as the hitter and that is … the Game Situation at that particular time will always be a factor in one way or the other, every time you enter the batters’ box. 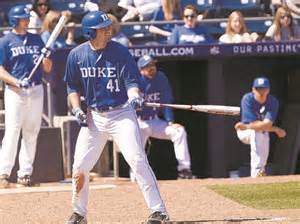 Do the Same Routine Every "At Bat"

We’re going to learn offensive strategy and situational hitting, which transforms you from an individual baseball player, to a ball player who is part of a Team.

For the players the baseball game begins long before the umpire yells “Play Ball.”  There are many rituals which must be performed:


As a hitter it’s your duty to observe the pitcher anytime he’s pitching, such as before the game and in between innings, in order to evaluate what he appears to be capable of and how you might exploit any detected weakness.

As you wait in the on deck circle, pay special attention to the pitcher’s control, not worrying at this particular moment about his speed or if he throws a lot of curve balls, only his control.

Why? Pitchers are taught, and rightfully so, it’s very important to get ahead of the hitters in the ball - strike count. Pitching ahead in the count allows the pitcher to make the hitter swing at his pitch, however, at times you can turn that philosophy against the pitcher.

If he appears to have command of the strike zone, go up there with a mindset of swinging at the first pitch, because more than likely it’ll be a strike down the middle of the plate, but take a pitch if you question his ability to throw a first pitch strike.

This is important for all hitters but especially the lead off hitter, as what he does his first time at bat can set the tone for the rest of the game, at least temporarily. The second place hitter feels a little more confident if the lead off hitter just ripped a triple off the left center field fence, in opposed to a swinging strike out on three straight fastballs.

I always liked my hitters to be aggressive  when they entered the batters box, going in with a “Hit it” attitude, however, there is another school of thought which is just as important and valid a strategy, and that thought process is to have the lead off hitter see as many pitches as he can, which of course means he does not swing early in the count.

The theory here is, the leadoff man’s number 1 job is to get on base, and although a hit is just fine of course, a walk or being hit by a pitch works just as well. Once he’s reached base he’s a potential run to be brought in by the big guns and, the leadoff man, who is usually fast, can reek havoc with the pitcher and the defense, by posing the threat of a stolen base.


(1.) The hitter seeing more pitches becoming familiar with the delivery and types of pitches thrown…

(2.) The on deck hitter gets the benefit of seeing the pitcher throw more pitches…

(3.) The more pitches thrown … the greater chance of him making a mistake…

(4.) The more pitches, the quicker the pitcher tires. 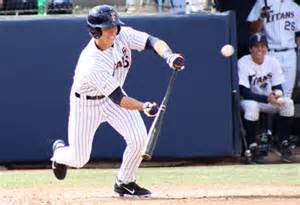 Takes, Fouls & Bunts Many, Many Pitches - Lead Off Batter

I must remark that in my opinion the second theory becomes more valid as the players mature in age and skill set, but younger hitters should be learning to swing, not stand there and hope for a walk.

We said Game Situations will dictate the strategy of what a hitter wants to accomplish in this particular time at bat. For instance, when you encounter a situation of runners on 1st and second with less than two outs, your priority is to hit the ball to the right side of the field in order to move the two runners into scoring position.

Of course this strategy could back fire and you’ll hit into a double play because perhaps your inside out swing is not very powerful, plus the pitcher has been busting you inside all game long making success still less likely.

But, in baseball you normally play the averages and in this situation it’s an established fact the averages favor you eventually scoring a run if you hit the ball to the right side of the field, moving the runners over a base.

Another strategy available for moving the runners over is to implement the sacrifice bunt. This strategy is usually implemented with runners on 1st and second with no outs, but I have seen it used with 1 out, especially if the batting player is a weak hitter.

Sometimes strategy will be a gut feeling, as there will be no right or wrong call. Bottom of the ninth, runners on first and second, 1 out, you’re behind by one run, and the next batter up has had a miserable night against this pitcher, but the on deck hitter has owned him.
Do you call for the sacrifice bunt and leave it all up to the on deck hitter to drive in the runs with two outs, or do you want two outs to play with trying to get the runners home although chances are 50/50 the hitter at the plate will strike out?

Thus is the world and challenges of Strategy.


Strategy Back To Teaching Hitting