Self Motivation  -  The very first Basic thing you have to learn about developing Baseball mental toughness is what You are not expected to do. What?

People have limitations, nobody can jump over a building in a single bound like Superman, but if our mind doesn’t know this is physically impossible, we could consider ourselves a failure if we tried to jump the building and fell short. 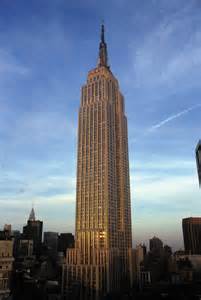 Possible ?? Of Course Not

The first thing you remember is Baseball is a Team sport. You have a role to play, but you’re only a cog in the machinery. You can not lose a ballgame for the team. Say that again. You Can Not lose a ball game for a team. It’s a team loss.

“ I gave up the game ending home run, how can you say I didn’t lose the game for the team? “ Because if the other 8 players had each hit just 1 home run that game, the home run you gave up wouldn’t have mattered. The team would have still won by 7 runs.

Control Some people relate basic mental toughness with maintaining absolute control over their mind, emotions and environment. I apologize, but that’s silly. 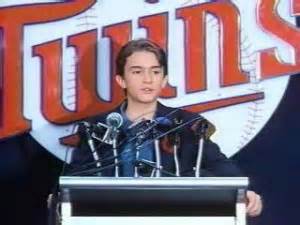 Self Motivation - Not Who You Are

You need to remember when you put on that uniform, you’re a baseball player and will strive to become the best player in the league. However, when take the uniform off you are a son, a brother, a student, a coach, you are a lot of things. Being a ball player is only part of you.---Self Motivation

Keeping this in mind will help you keep things in perspective. A strike out or an error is a minute problem compared to a family member being seriously ill.

We mentioned Stinking Thinking and to not let it control you, but I didn’t say it’ll never happen. Staying positive is can excellent goal to strive for, but I guarantee you, you will not always succeed.-- Self Motivation

Basic mental toughness is how you handle the negative thoughts and use them to benefit you instead of tearing you down.

Basic Mental Toughness  is an inaccurate description. It is also Physical and Emotional. God gave humans lots of tools to use for living and most of them interact with one another.---Self Motivation

Your basic mental self can will the physical part of self to continue to play the game although you’ve just dislocated your pinky finger and it hurts like hell. Your mental side can also will the self to break down emotionally, which destroys the physical aspect of the game.

Jim Loehr, a noted Sports Psychologist may have described mental toughness the best.  “Toughness is the ability to consistently perform toward the upper range of your talent and skill regardless of competitive circumstances.”

This is what athletes do. I become so upset at the “Know it All” announcers when they talk about a professional baseball team lying down and losing because they’re not in the playoff picture late in the season. -- Self Motivation 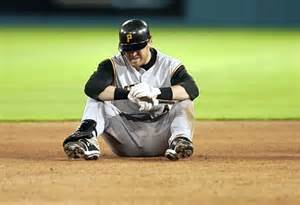 Self Motivation - Not From Lack Of Trying

These are professional athletes who have mental toughness and pride. The idea of losing never crosses their mind. They are as intense on winning that night’s game if they are 50-54 or 90-14. They will themselves to play hard.

While we’re on misconceptions, let me address this subject. Toughness is not about having a “killer instinct” or being cold, mean and calculated. There are basically 4 emotional stages of mental toughness.

Responsive Emotional Acts You are emotionally into the game. You’re giving a 110% and trying to figure out how to give 120%.

Emotional Strength This is the ability to maintain a fighting emotional spirit although the opposing batter just hit a grand slam putting your team down by 8 runs.

Flexibility in Emotions This is the ability to change emotions as the situation changes, but keeping them positive. In other words it’s the skill to make the best out of a bad situation.

“Nice Come Back on that 3 - 0 count, let‘s get it back ” you say to the pitcher who had given up a home run to the previous batter.

You have suffered a set back, you’re now trailing, You offer encouragement, praising the pitcher instead of complaining about the home run and displaying a positive fighting spirit, “Let’s get it back.” Meaning the run given up.

Emotional Rebounding Your team lost a heart breaking tournament game in extra innings that morning, but you’re ready and excited about playing the next game that afternoon.

The elements and skills of possessing a mental toughness is a learnable skill. Some may learn quicker than others, but everyone can learn it. Being mentally tough will allow you to maximize your thinking skills, imagery and confidence throughout your life.