Hypnosis, including Self Hypnosis, has been used throughout history, as a method to gain control of your own mind, and the immense powers it harbors. Notable people such as Albert Einstein, Henry Ford, Mozart and recently Kevin Costner, have utilized hypnosis to a great extend in enhancing their particular talents.

The mind is divided, more or less, into two different parts, known as the conscious and unconscious mind, which is where we’ll begin.

The Conscious Mind is also referred to as our Logical Mind as it performs analytical duties, rationalizes, controls will-power and serves as our Short Term Memory container.--Self Help Motivation

Self Help Motivation
- Such as, they know it’s wrong to steal, but can be easily convinced to steal a small, inexpensive object, is alright.

The second part of our mind is the Subconscious which deals with emotions, habits, self-preservation and long-term memory. The old saying “Let me sleep on it,” is actually based on scientific logic, whether the creator of the saying knew this or not. 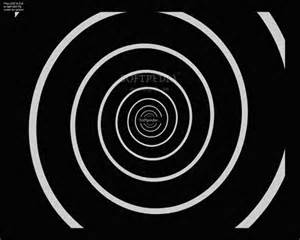 To enter into sleep, thinking of a particular problem or issue, sets our subconscious mind into action attempting to find a solution. The fact that it controls our long term memory and self-preservation, allows it to extract information from our deepest memories, which pertain to the issue, and the fact it will not allow the possibility of self injury to go unnoticed without raising a red flag, often succeeds at arriving at a solution for the matter, or a clear rejection of a solution.


In theory or fact, depending on the source, hypnosis works by bringing the conscious and unconscious mind into alignment and alienates the Critical Factor stopping it from interfering with the blending.--Self Help Motivation

Perhaps a good metaphor to describe the process is that of a computer programmer.

The player wants to change his fear of not being able to hit a curve ball, into fearlessness wanting to see curve balls thrown to him while batting. The Conscious mind Wants the change, but it only controls Willpower, I want to change,

Rationalization, I’ve never been able to hit a curve ball why would today be any different, and of course the Critical Factor which says everything is great just as it is, leave everything alone. 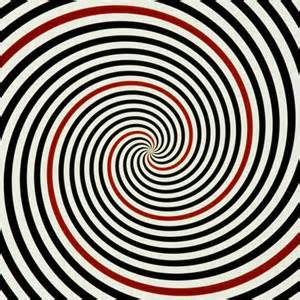 Since the Subconscious mind controls the ability to dictate for the conscious mind to change habits, the fear habit can be eliminated. We now can say with a certain amount of conviction, based on the way the mind works, the use of hypnosis in supplanting negative thoughts with positive thoughts, although possibly not a 100% verifiable, is quite entirely possible.

Different from popular opinion, hypnosis is simply a state of Deep Relaxation, which while in this state the Critical Factor can be set aside or by-passed.

*** Can Anyone Be Hypnotized? - Self Help Motivation

Yes, most people enter a state of being self hypnotized daily, which is normally referred to as Daydreaming. The state of mind directly before and after sleep is also a state of hypnosis.

*** Will I Remember What I Do Or Say While Being Hypnotized?

You are Not unconscious while being hypnotized, so you’ll remember everything. Should you not remember something it’s due to you falling asleep for a brief period.

*** Can I Be Made To Do Something Against My Will?

Absolutely not. It is impossible for you to be made to do anything against your will and morals while hypnotized.

*** Does Hypnosis Wear Off?

That’s a difficult question to answer yes or no. The state of being hypnotized, which is one of deep relaxation leaves or wears off after your session ends. The results or benefits of the session will remain forever, but not being reinforced, it can fade into deep memory where it may feel as if it has worn off.

Are There Any Harmful Effects? - Self Help Motivation


No. There is not one recorded incident of anything harmful happening while being hypnotized. People are fully capable of immediately performing all aspects of their life, such as driving home from the session.