Pitching to Counts is one of the most important lessons a pitcher can learn, because although you enter the game with a plan, it will continually change as conditions and situations change. Bear in mind there is no One correct method, as there are a 100 different variables which could come into play on any given ball/strike count, but there are good basic strategies pitchers will go to in most situations.

I’m going to teach you some of these strategies now as we delve into pitching to Counts.

Many baseball people agree a 2-0 count is quite possibly the most dangerous count a pitcher can be faced with, as it poses critical issues for you as a pitcher.

Instead of getting ahead in the count, you have given the hitter the advantage in choosing his pitch and location, knowing you will want to throw a strike, not wanting to go to a 3-0 count. 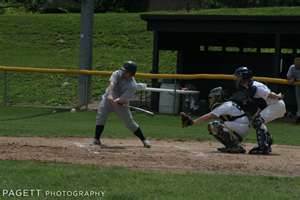 This is when scouting and knowing your opponent is invaluable and your catcher is normally your best source of information on a hitter’s weakness, because it’s his job to know. However, no amateur teams have scouts and this may be the first time the two teams have met, therefore you proceed with basic established theories of pitching the count.

Let’s learn the many possibilities.

If the hitter is a 7th to last place hitter, your best bet is to throw your best pitch, normally a fastball by him, throwing one down the middle is not forbidden, it’s just not a good idea to make a habit of it.

You may be facing the clean up hitter, who are historically an aggressive hitter, therefore give him a steady diet of breaking balls. With a 2-0 count chances are if you can throw a breaking ball for a strike, he will take it or swing mightily through it.

Reaching a 2-1 count you’d be wise to come back with another breaking ball, which would probably repeat the prior results, of a looked at called strike, or a surprised feeble swing resulting in a dribbled ground ball to the infield.

Reaching 2-2 you have regained the advantage and can either come back in with a breaking ball off the plate, as he now feels the pressure of losing the advantage, or a fastball inside which will tie him up because there will be a slight hesitation deciding whether the pitch is a curve ball.

The infamous 3-0 count, which has been referred to as the hitters’ delight, because the pitcher has no other choice but throw a strike, or issue the walk, can also serve as a mental Toughness builder. 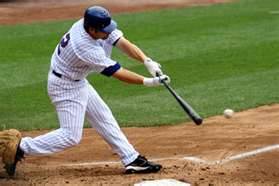 As the pitcher you are naturally somewhat disgusted with yourself for not being able to throw strikes, and it doesn’t matter if you know the pitches were balls or you feel they were strikes which the umpire miscalled, and being so far behind in the count you can easily produce a “give up” and I’ll start fresh on the next hitter attitude.

The old adage “make them hit their way on.” applies in this situation and

being able to not give up and come back to get the batter out can be a real character builder and an emotional lift for the entire team.

(1.) Assuming your fastball is your most controllable pitch, which would be normal, throw one down the middle of the plate, as 99% of the time batters will take a 3-0 pitch no matter where it is, because the strategy for taking a pitch is sound and grounded in mathematics as the odds of throwing 3 strikes in a row are greatly against the pitcher and the goal is to reach base safely, a walk being as good as a hit in this case.

(A.) You do not want to throw the ball waist high or slightly above, because unless it‘s a left handed hitter, who are notorious low ball hitters, you‘re throwing into a hitter‘s power zone.

(B.) Keep the ball low, knees or below, in order to induce a ground ball by the hitter topping the ball …

(C.) Or shoulder high, above the hands, which will normally either produce a swing and miss or a pop fly.

Keep in mind once you work back from a 3-0 count to a 3-2 count, the advantage is totally on your side. 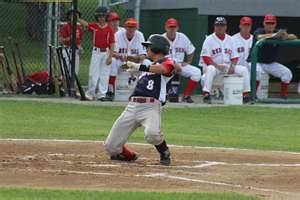 Pitching to Count: No Strike

There are times a pitcher absolutely does not want to throw a strike, unless it’s a swing & miss strike, such as 0-2, 1-2 and sometimes even a 2-2 Count. Ask any pitcher who allowed a hit on an 0-2 count and they’ll tell you they did not throw the ball where they wanted it. It was a mistake.

You want the batter to hit what’s known as “ The Pitcher’s Pitch,” which simply means a ball the hitter would have an extremely difficult time hitting hard. Examples:

(1.) A high fastball, which is up eye level with the hitter makes it extremely easy to see, and often induces a batter to swing, but because he can not get a level or downward swing on the ball, the results will normally be a strike out or a high pop fly.

There are times you’ll encounter hitters with the ability to Tomahawk a high pitch and hit it with extreme power. You won’t be able to identify this type of hitter until you see him in action, then remember not to throw him high fastballs.

(2.) A fastball about thigh high off the inside corner, which is intended to handcuff the hitter, because most hitter‘s are incapable of bringing their bat through the hitting zone quick enough to hit this pitch with anything but the handle of the bat.

You must make sure the ball is at least 2-3” inside off the plate or you could see the ball launched over the fence, as this is also many hitter’s power zone, because they generate power from their hips as they turn on the ball.

(3.) A breaking ball in the dirt is nearly always an excellent pitch for any count in the pitcher’s favor with 2 strikes. The batter is anxious to protect the plate, so he’s in a “swing” mode of mind and a ball which appears to be a fastball knee high then suddenly drops into the dirt is nearly impossible to not swing at.

His balance will be off as his body is shifted forward too soon, more than likely bringing his hands with it, but even if the batter can keep his hands back, the best result he can hope for is a weak hit, a foul tip or a Check swing which is nearly always called a strike.

There is absolutely no way we can examine every conceivable scenario and if you play long enough you will eventually encounter them all. However, if you grasp the theory and reasoning behind what and why a pitcher throws a particular pitch or to a certain location, you’ll have won half the battle.

There are some main things to remember from this lesson:

(1.) Sometimes the Perfect Pitch is hit hard, but that doesn’t mean you didn’t throw the perfect pitch … hitter just happened to win this time.

(2.) It’s always better to make a batter hit his way instead of walking him, as there is no defense against a walk.

(3.) Remember physical abilities are not 100% of what it takes to be a good pitcher. It’s a thinking man’s game and if you remember; no matter how good you are… there is always someone better… then you’ll use your mind to create a strategy to get the batter out. At that point…You’ll have become a Great pitcher.

Pitching To Counts to Baseball Pitchers