Pitching flaws are wide and varied, but one of the most common flaws we see in baseball has to do with the motion and action of the pitcher's front leg, otherwise known as the stride leg and/or foot.

"Improper Leg Action and Direction from Balance to Stride"

How the stride leg moves is dependent on which delivery is used, which is normally full windup with no runners on and stretch position with runners on base.

With no runners base the pitcher should go to the balance position, toeing the rubber, turn foot, separate hands, and then move the leg and foot downward in a "Landing Plane Motion". This action allows the hands to separate and the throwing arm to reach maximum extension as the front foot comes forward.

If the front foot does not land in line with the target, this will create a throwing across the body situation, or opening too soon which adversely affects control.

If there is a runner or multiple runners on base, the pitcher should throw from the stretch and use the glide step to deliver the ball to the plate quicker to deter base runners from stealing. 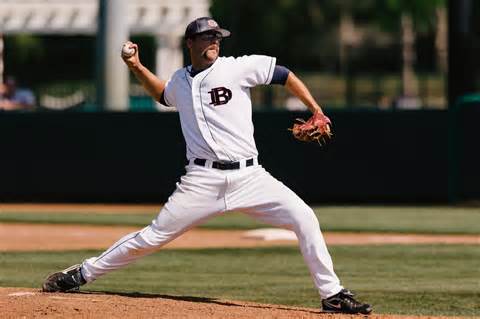 Little thought is given to the way the stride foot lands, unless the pitcher twist the ankle, but it can be the simplest way to negatively affect control. A pitchers’ landing foot should not land on his heel. The front foot should land flat or on the ball of the foot. Landing on the heel makes the pitcher's delivery inconsistent and his control will suffer, because the foot could come down at a different angle or direction than intended.

A pitcher should be taught to stride toward home plate with the front foot landing with the toes pointed in the vicinity of the plate.

As he strides toward the plate, and places his front stride leg on the ground, the leg should not be stiff or rigid with their knee locked. This will cause a "pole vaulting" action and result in hyperextension and serious injury of the knee or leg. 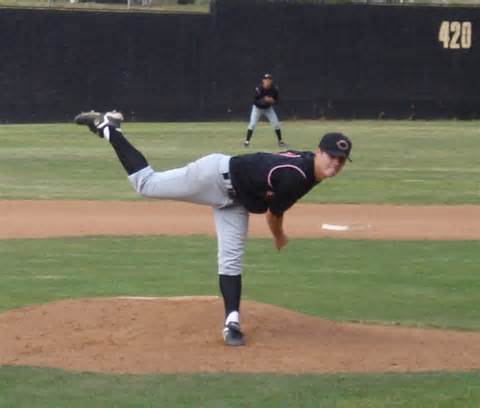 Pitchers should be taught to land with their front knee slightly bent when the stride foot lands. The lead leg must stiffen up as the pitcher's weight comes forward, creating a pivot point the pitcher can leverage to create velocity.

The entire process is much more detailed than this quick explanation, but this will give you the beginning signs to look for if your pitcher seems to suddenly lose control during a game. Fatigue will greatly enhance any of these flaws.

Pitching Flaws to Learn to Pitch