When pitching baseball it’s an unavoidable fact batters will get base hits as no pitcher can be perfect. With that obvious fact established, the next item to be discussed is how to keep the runner from scoring, and part of that scenario is preventing the runner from advancing to the next base, and much better yet … getting him out by picking him off base.

As a pitcher you’ll rely on your catcher to throw runners out, while your responsibility is to prevent the runners from leading too far off base and stopping a running start, thus giving your catcher an opportunity to throw the runner out. However, you can’t always dictate whether your catcher has a strong accurate arm, therefore the only thing you can do is rely on your own skills. 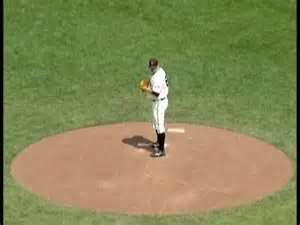 That’s where utilizing a good Pick Off move can be invaluable in erasing a pitching error, or just a good piece of hitting. Let’s learn how to develop and learn a good pick off move.

Although pick off philosophies are identical for right and left handed pitchers, we’ll discuss that later, the actual pick off mechanics or movements are entirely different in some cases.

There are a few things a pitcher, but right handed pitcher especially, must keep in mind while pitching from the stretch position.

(1.) You can do whatever you want with ball, flip it into the air, throw to an empty base, drop the ball, whatever … as long as you’re Not in contact with the pitching rubber.

(2.) Once your foot comes into contact with the pitching rubber you are bound by certain rules which if you break, results in a balk being called and the runner(s) awarded the next base.

For me the easiest way, and that’s not real easy, to describe a Balk to a young pitcher is to tell him:

“Anything he does which could deceive or fool the runner into thinking he was going to throw home, but instead threw to the base.”

(b.) Not stopping, or becoming set before pitching …

(c.) Moving your hands, breaking, raising or lowering them after becoming set… 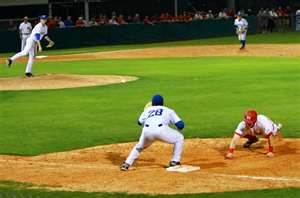 These are the flagrant obvious ones, and unless you have an umpire who thinks he’s a professional, these are about the only balk calls you’ll get in little league play.

The number 1 issue to remember is the pitcher must remove his foot from the pitching rubber before attempting a pick off throw.

There are essentially Two different methods for accomplishing this.

(1.) Stepping backwards off the rubber with your back foot, the foot touching the rubber, then turning and throwing to first. In order to perform this move quickly you must practice it to where all the movements are nearly simultaneously performed.

(a.) From the set position … quickly step backwards off the rubber…

(b.) Turn your left shoulder towards first base….

(c.) Open your shoulders and draw your throwing hand back….

(d.) Push off your back foot and throw.

This move can be used as a two edged sword, as you can step backwards off the rubber and break your hands, but not have to throw to first base. The simple act of disengaging the pitching rubber will force the runner back to the base, and if he challenges you, throw over. 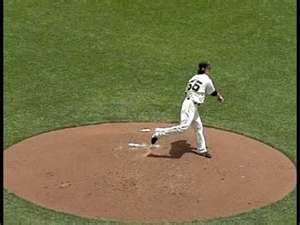 (2.) Jump and Spin, pivot, twist, there’s various names the move is known as, but the mechanics are the same, and identical to any pick off maneuver, must be performed in a simultaneous fluid motion in order to be effective.

(a.) From the stretch position … Leap or jump lifting your rear foot off the rubber. You don’t need to jump 2 foot into the air, jump just high enough @ 2” in order to disengage from the pitching rubber….

(b.) At the same time, before landing back on the ground, you’ll pivot your body towards first base …

(c.) You’ll throw as you are pivoting or the instant your feet hit the ground.

This move is particularly suited for a strong arm pitcher who can obtain velocity on the throw without the use of his legs. In other words, throw hard while still in the air. 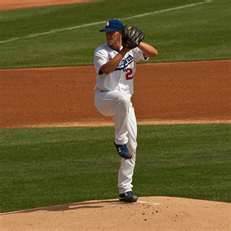 Going Home or to First?

(1.) He’s looking straight at the runner instead of over his shoulder…

(2.) He can throw to first base from his set position without disengaging the rubber.

The key to a left handed pitcher’s pick off move is to learn to Not cross the plane of the pitching rubber with your lead foot, if you do and throw to first it’s a balk.

What’s the plane? There is an imaginary line across the front of the pitching rubber, which if the front foot breaks is considered the point of no return and the pitcher must throw to the plate. This is a key indicator base stealers will look for before they attempt their steal, therefore it’s considered deceiving the runner to cross the plane, then throw to the base.

Many left handed pitchers are coached to never bring their front foot backwards, only lift it straight up, then throw to the plate or to the base, as this freezes the runner, delaying his stealing movement, because the pitcher can legally throw over or go to the plate.

The stepping back off the rubber is also a very effective pick off move because the pitcher is facing the base, which only requires him to learn a quick step backwards and throw, not the pivot and throw motion.

Pick Off Move To Second

Runner on Second Base:

Distinct differences, other than obvious natural differences, between left and right handed pitchers disappear after the runner reaches second base. The advantage both pitchers have is the runner must get a very good to great jump off second base in order to steal third because the catcher’s throw is much shorter than to second.

Therefore, your first and main job is to limit the runner’s lead off and although there are many methods to trick the runner, you can accomplish limiting the lead off by simply paying attention to him.

From the Set Position:

(1.) Spin or pivot towards your glove side and throw to the base….

(2.) As you lift your front leg, instead of throwing home, simply continue to turn towards second base and throw….

(3.) Step backwards off the rubber, spin and throw …

(4.) Do all and none of the above. A pitcher is entitled to perform a Fake pick off move to second base without it being a balk. So you can perform any of the pick off maneuvers but not throw the ball. 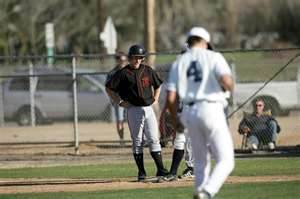 Runner(s) on Third or Second & Third:

Unless you’re a professional relief pitcher, most younger pitchers prefer to throw from the full windup instead of the stretch, and when runners are on these bases it’s perfectly acceptable to use the full windup.

If there’s a possibility of a steal of home, sacrifice or suicide bunt, the pitcher may be better off pitching from the stretch position preventing the runner from getting a good leadoff.

(1.) Step off the mound from time to time… walk and rub the ball up

(2.) Step off the rubber occasionally… take a deep breath

(3.) Vary your time in between pitches to the plate… Don’t be predictable

(4.) Use a slide step from time to time… changing your delivery

(5.) Throw over occasionally. It doesn’t have to be your best move….

(6.) Hold the set position so long the batter request time out, as this will really confuse the runner as to what you’re planning.