Mental Imagery & Yogi Berra, a strange pair, but Yogi once said something like “ Baseball is 100% Mental .. And the Rest is Physical.” Although Yogi-isms at first glance rarely made since, there was always a profound and insightful meaning within, and this one is no exception.

What he was stressing is something, which later Science and Sports Medicine proved to be true, “ A player’s mental approach to the game can positively, or negatively, affect his performance regardless of his athletic ability.”

We have discussed mental imagery in other links within the site, but I believe a segment devoted entirely to the subject is warranted, as I believe it’s that important. 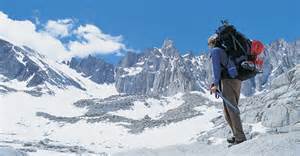 It Can Seem To Be A Long Trek

In other words, in your mind, see, feel, hear and smell everything which happened the time at bat when you hit The game winning Grand Slam. You want to be able to recreate that exact scenario at will and at anytime. Why ??

What Can I Possibly Use Mental Imagery For ??

There are many Sports associated, as well as Real Life Situations, which imagery can have a direct bearing on. For instance:

2. Perfect Skills and Sequences the Player is Learning…

4. Being Able to Familiarize Yourself With A Complex Play …

5. Motivation by Seeing Past Victories Over the Opponent…

6. The Ability to Refocus

7. Set the Stage, Energy & Mental Wise for Their Performance..

How Can I Apply Mental Imagery ??

The application of imagery depends on your sport, your ability to project imagines, (which improves with practice) and your desired effects. For this articles’ sake let’s go through an imaginary scenario.

Being a pitcher, you realize you’ll be called upon to sacrifice bunt on a regular occasion, so you’re at the batting cage to work on your bunting skills, which we’ll say are rather “Poor.”

After a few of quarters and a lot of missed or popped up bunt attempts, you step out of the cage and take several deep breathes to release the frustration of the continuing failures.

Taking another deep breath, close your eyes and visualize yourself, as if another person, in your batting stance inside the batting cage. You see the ball spinning out of the wheels approaching you. Now …. 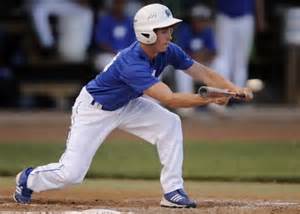 Actually See The Bat Hit the Ball ... Hear The Sound Of The Bat Against the Ball

1. See yourself squaring (facing) your body towards the oncoming ball….

2. You know your bat is in fair territory because you had slightly moved up in the batters box….

3. You see your back hand slide up the bat, stopping at the trademark, the bat resting in your fingers which are located behind the bat out of harms’ way…. Your other hand controls the bat handle near the knob….

4. You see and hear the ball all the way to contact with the bat ….

5. You see the bat recoil in your hand, which was gently holding the bat, not seizing it in a death grip, deadening the ball …

6. You see the ball bouncing downward to the ground into fair territory.

In this One sequence of visualization, you have taken your body through its expected actions ( muscle memory), your eyes are focused entirely on the bat / ball contact, you see the desired results. (mental)

There’s two layman’s reasons this works so well. You have given your senses their assigned task and how you expect them to react…. And you may have been doing something wrong which you didn’t realize, but now the body has been retrained to perform the task correctly.

When Is The Best Time To Use Mental Imagery ??

To become proficient or better yet, great, at any skill, the more you use it the better you’ll become. I strongly suggest you use it on a daily routine.

1.Use it on the way to the batting cages…

2. During the Practice Session …

3. On the way back home to revisit every move …

1. While in the On-Deck circle before hitting …

2. Before or While you’re stepping on the rubber getting your signals .. 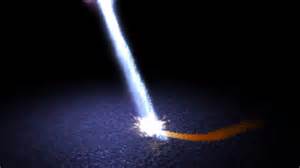 Laser Focusing On the Task

What do you do when you’re really trying to use mental imagery, but you can’t help but thinking about the negative things, which of course defeats the purpose.

Number one, welcome to being human, because for some unknown reason most people tend to dwell on the negative instead of the positive. So how do we break this habit?

We’ve all seen professional players release torrents of anger and frustration by throwing their glove, breaking a bat or knocking the water cooler off the bench. The player’s focus is consumed by his anger at making a mistake, a negative attitude, instead of focusing on how to avoid making that mistake again. (positive attitude)

Sports psychology recognizes this human trait and has developed a counter-measure which they call Pattern Breaking, which is the ability to quickly turn off the negative thoughts and refocus on the positive.

This “Pattern Breaker” is normally a word or phrase which the coach and player have developed which, more or less, immediately brings the player out of his negative rage.

The sound of that influence’s name or phrase will help the player to re-focus on the positive instead of the negative.

One example of a great phrase is “What Would Jesus Do?” when confronted with a right and wrong situation in life.

After practice the player will be able to repeat the name or phrase to himself and bring himself back to the positive. This is a Life-Long Skill which will help the player in all phases of his life.

What Are the Benefits ??

This mental imagery thing sounds pretty cool, but it also sounds like it could be hard. Why would I use 30 minutes of my time practicing this instead of practicing hitting?

For example mental imagery is helpful in enhancing:

2. Planning a pre-competition strategy which familiarizes a player with an unfamiliar situation. For instance, you have never faced a pitcher who can throw 95 mph before, but will today. You can develop a strategy of moving back in box, starting your swing earlier or seeing the seams of the ball, all before actually physically encountering the situation.

3. Focusing your attention on a specific or new skill you have/are developing. For instance, you’ve begun throwing a circle change and this is the first game you’ll use it. You can visualize properly gripping the ball, the correct finger pressure, your arm speed, the ball tailing downward. You can throw the pitch a 100 times before the game without picking up a baseball.

Used in conjunction with “relaxation techniques” imagery can help:

4. Maintain physical and emotional energy levels prior to competition. 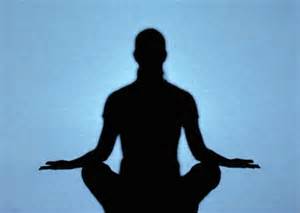 Mental imagery is not a magical cure all, as it’s just one cog in the complex machinery of a finely tuned athlete. However, it has been proven to be extremely beneficial in assisting a player to reach their maximum abilities.

If you encounter difficulty while practicing mental imagery or ever wonder why you’re doing it to begin with … think of this statement…..

You Can Only Achieve What You Believe.

If you see yourself doing it … you can do it.

Mental Imagery back to Sports Motivation