The Intentional Walk Drill and the more baseball catching drills you can master the better, which is a pretty obvious and simple philosophy, but in younger ages some catching drills are rarely considered drills, therefore overlooked, sometimes with dire consequences.

Every now and then the issue of changing the intentional walk will reemerge before the M.L.B rules committee, with the argument of not forcing the team to perform the action of actually throwing 4 balls in order to walk the hitter, which would speed the game along. 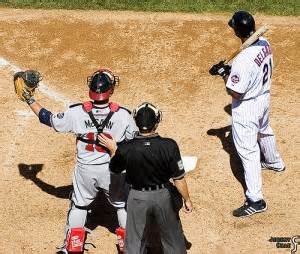 The MLB rules committee continues, and rightfully so, to reject the proposed change maintaining “ Anything Can Happen When You Force The Ball To Be Put Into Play.” Requiring the physical actions of throwing and catching 4 baseballs allows 4 chances for an error to be committed.

Additionally, in 95% of the situations there will be a runner(s) on base, which creates more opportunities for miscues or daring running plays. Point is … the Intentional Walk is a baseball play which requires the catcher to possess skills no different than blocking a wild pitch, in order to successfully execute it.-Intentional Walk Drill

Make no mistake about it, the Catcher is the general and must be in total control of the Intentional Walk procedure. Sure the pitcher throws the balls of which the walk is comprised, but one must remember, pitchers are trained to throw at Targets. Without the catcher providing a target, a pitcher will be hard pressed to make 4 throws without 1 being wild.

Depending on the situation, the catcher is responsible for:

1. Insuring the base runner ( assuming there is a runner ) from attaining too large a lead. An Intentional walk is designed with the intent of setting up a situation which favors the defense. Allowing a runner(s) to steal a base while in the process most likely would prove to have disastrous consequences and force the defense to play in a disadvantageous position.

2. Provide a good target for the pitcher to throw to. This may sound silly, but pitchers are taught to narrow their focus, down to area the size of a dime, to throw at, they’re not used to throwing at an imaginary target. ---Intentional Walk Drill

3. Position and/or Re-position all defensive players while watching for an offensive play to counter the walk. 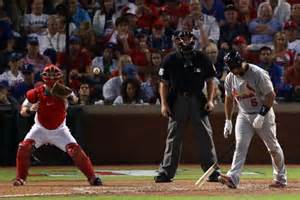 Moving Out To The Ball - Intentional Walk Drill

4. Cleanly catch the pitcher’s throw while moving sideways, always prepared to react to a poorly thrown ball in order to keep it from being a wild pitch.

As you can begin to see, the simple intentional walk is actually … not so simple when you begin to break down individual moves most hardly notice.

1. Never assume anything. As a well educated catcher you realize the situation may call for an intentional walk, but Always look to the dugout for instructions from the coach. This keeps everyone on the same page and gives the coach an opportunity to think.

Yes, believe it or not Coaches are not infallible. He may be thinking about pinch hitting for a player next inning and momentarily lost track of the game. It happens. You’re looking for guidance will snap him back into the present. ---Intentional Walk Drill

2.  Once the play is called, as the catcher stand upright in the catcher‘s box, which allows all fielders to see the Intentional Walk has been called. Take your time observing where your fielders are positioned and if required, reposition any fielder, even if it’s just a couple of feet.

3. This is also the time when you analyze the runner(s) locations, don’t allow them to get too large of a lead.

4. Offer your pitcher a target to throw to by fully extending your mitt to the outside part of the plate opposite the batter. It’s important to hold this target until your feet move.---Intentional Walk Drill

A. It gives the pitcher a continuous visual target to throw at

B. Your mitt will already be ahead of your body, extending your reach and improving your chances of catching the ball if the throw is wider than intended. 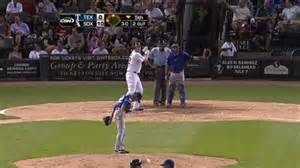 5. As the pitcher begins his motion towards the plate, immediately shuffle step or crow hop, do not cross your feet, moving your entire body to where your mitt was located.

I’ve only seen it called once, but there is a rule known as a Catcher’s Balk, which is when a catcher leaves the box too soon to catch the ball. In other words moving out of the box before the pitcher begins his pitching motion could be called and the runners advance the same as if the pitcher balked. Just a head’s up.  Intentional Walk Drill

6. Watch the ball all the way to the mitt, which should go without saying, but sometimes a catcher will dart his eyes between the runners losing temporary sight of the ball, which could end badly.

7. Catch the ball with flexed knees, in a throwing position, being prepared to throw to a base should a runner attempt to steal. It’s your job to make sure the pitcher keeps the runners close to base, as sometimes they become so focused on not throwing a wild pitch they forget the runners.

This scenario is repeated 4 times which equals the 4 ball walk. Should be simple and automatic … Should be Practiced to insure it’s automatic. 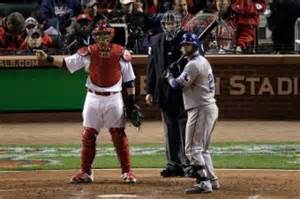 Pitching Around A Hitter:

You’ve heard me state a pitcher wants to get a batter out on His Pitch” which is 99% of the time, Not a Strike.

A. A pitch 2” off the plate outside to a pure pull hitter, will result in a dribbler to the infielder or a missed strike three swing….

B. A pitch 2” inside off the plate will normally result in a foul pop fly, a feeble strike three swing, or a dribbler to the left side of the infield….

C. A fastball 2” above the hands will normally end up a strike three missed swing or a foul ball pop up.

These are 3 examples of a batter getting himself out on a pitcher’s pitch. The batter did not have to swing, because the pitch was a ball, but because he had 2 strikes he felt the ball was too close to take, therefore swinging at a ball he couldn’t hit, at least with any authority.

Pitching around a hitter involves this Exact procedure, except instead of throwing these types of pitches after obtaining a 2 strike count, you throw them on every pitch.

Yes, they are balls, but the batter walking does not negatively affect your strategy. You have set up a double play situation by walking the batter, which was your original strategy, but if you get an easy out by him feebly hitting a bad pitch, that’s OK too. 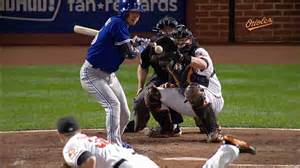 Not unlike a pitcher trying to throw to an imaginary target on an intentional walk, he is usually not accustomed to throwing balls, not four in a roll anyway. It is the catcher’s job to give the pitcher the best opportunity to successfully throw balls. Sounds kinda weird doesn’t it.

1. Your pitcher Must know what you expect out of him. In older or higher skill leveled play there will be a sign the catcher, after receiving it from the bench, will communicate the “Pitch Around” strategy. In younger ages, or if there’s any doubt everyone is on the same page, call time out and go talk to your pitcher. Remember to cover your mouth when talking to prevent the opposition from hearing or lip reading your conversation.

2. A catcher will always give a good target to the pitcher, but because of the razor close proximity of the ball to the strike zone, an exceptionally good target is required. Don’t only give the mitt as the target, use the entire body.

There are times for deception purposes, a catcher will instruct the pitcher to throw at a particular body part, left or right knee, left or right shoulder, while holding the mitt away from that zone. This is common practice with a runner on second base, as well as changing signs or indicators.

This may only create an optical illusion to the pitcher that he’s throwing at a larger target, but that’s fine, whatever helps to get the job done. The pitcher is attempting to focus to a Dime sized target, but the illusion of his peripheral vision that the target is large helps the brain and muscle memory coordinate. -----Intentional Walk Drill

3. A catcher must remember to use his own discretion and brain power while exercising the “pitch around” strategy. For instance, a 3-0 count does not warrant throwing a pitch anywhere close to the plate. Chances are with a 3-0 count the hitter will not swing, or he’ll expect a grooved pitch and getting one, will drive it over the fence.

Don’t try to outfox the batter in this situation, as it’s not worth the risk, as he’ll be a good hitter, or else the coach would have his pitcher go right him. Give a target well off the plate, or better yet, stand and finish the bat by giving an intentional walk on the 4th pitch. That was the expected end results to begin with, so make it happen.

Naturally learning to pitch around a hitter is much more skill intensive than the intentional walk, but both have their place in the game of baseball and both should be practiced.