Imagery is a skill I’m going to teach you, while demonstrating how important it is, as well as how to utilize it to improve your skills regardless of the game, or a real life situation, you’re involved with.

Everyone fails. It’s just a fact of life, but it’s how you handle failure which is important. “I failed over and over, that’s why I succeed.” Michael Jordan

Imagery is the ability to visually, in your mind see an action or result, as you actually see your bat hitting the ball or catching the ball, hearing it, feeling it, as it involves all the other senses too. 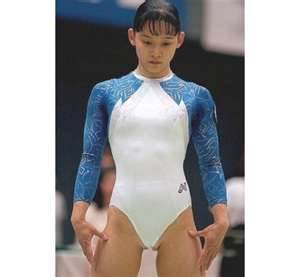 I used imagery with my ball players, except I called it Pre-Programming their mind. For example, I trained them to think of what they’re going to do if the ball’s hit to them, before it’s hit to them, and to actually see the ball enter the glove, the grip, the throw.

This eliminates mistakes that too much thinking can create, as you’re not thinking stay down on the ball, have to make a good throw, which base do I go to. This has all been figured out ahead of time, now there’s only reaction and execution.

If you question the effects of imagery on performance, next time you watch gymnasts pay special attention to their pre program preparation. You’ll see them standing with their eyes closed, softly moving or not at all, visualizing their entire routine. They see themselves performing every move perfectly.

I went 1 step further than most coaches and I highly recommend you follow suit. I incorporated the audible factor into the equation, that is I used talking to ourselves as a re-enforcement for imagery. You’ll see what I mean as we proceed.

Like everything else in life worth having you must work and practice imagery to develop it. Don’t expect to use it once or twice and it amazingly works. Won’t happen, but here are a few suggestions for you to start with.

Everyone has that little nagging voice in your head that talks to you from time to time, and forces us into a process of negative thoughts, which fill us with fear and doubt about our capability to be successful at a new task. You can’t get rid of it, it’s a part of you, so you must learn to deal with it.

Motivational speakers make millions of dollars a year charging people to learn how to deal with fear of failure, I’m going to do it for you for free through the process of imagery.

The first thing you must do is become aware of the voice and acknowledge what it’s saying, then turn that negative doubt into positive energy. The little negative voice inside your head may have gained access because you are either not concentrating, or you are concentrating on the wrong thing.

For instance, while in the on deck circle, instead of concentrating on watching the ball from the pitcher’s hand to the bat, you’re actually thinking about the two batters who struck out to begin the inning.

You must learn to recognize when your mind begins to wander and Refocus, pushing outside distractions out of your head. Refocus and instead of subconsciously thinking “If the other hitters can’t hit this pitcher, I don’t think I can either.“ See yourself hitting the ball hard. 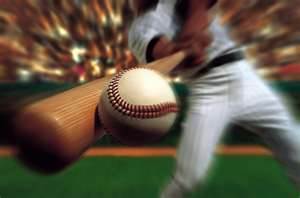 In the beginning you may have to concentrate on one word or sentence until you get back on track. For instance, as you approach the plate repeat to yourself, either mentally or as a whisper, “See the Ball” “See the Ball”. You are narrowing your focus to one task and one thought. See the ball.

Talking to ourselves, mentally or in whisper, creates an imagine in our mind, but that imagine can help or undermine what you’re task is.

Help in changing bad habits is another thing Visualization can help us achieve. If you’re having trouble staying down on a ground ball, visualize yourself approaching the ball low and watching the ball enter into the glove while thinking “Stay Down” “Stay Down.” 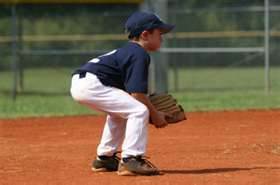 Baseball is a high stress, high emotion game and Your emotions will swell and ebb along with the changes in the game, both negative and positive situations. The important thing for a ball player is to be able to control your emotions and turn that energy to your benefit.

That nagging negative voice is always with us, but it seems to magnify it’s presence when we’re in an anxious critical situation whose outcome depends solely on your performance.

You’re the pitcher who finds himself, whether self induced or inherited from another pitcher, in a critical situation which will result in your team winning or losing the game. Your inner voice is in full negative mode screaming “You’re shaking you’re so nervous. There’s no way you’re going to be able to throw strikes. Games over.”

Instead of giving up acknowledge the voice has brought out some good points, however, now you’re going to alter them and use them to your benefit. 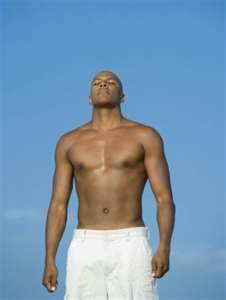 (2.) Can’t throw strikes becomes … Don’t need to strike him out, just keep the ball low and force him to pound it into the dirt.

(3.) Game over becomes … Ground ball to infielder, throw across for the out, game over we win.”

The voice, the doubts, the fear are coming no matter what you do, experience can determine the degree of impact, but it’s unavoidable. You can’t go into a yoga trance to calm yourself and see yourself winning, but you can talk yourself into winning.

Relaxation: Imagery works best when your mind and body are relaxed, as a quiet mind doesn’t have chaos and distractions bouncing around inside the mind, but time is strictly limited in the heat of battle.

Sit or stand quietly, arms dangling freely at your sides, close your eyes and inhale deeply, in through your nose and out through your mouth, filling your belly with air feeling it expand and contract. Perform this a few times and the tension and chaos of the surroundings will quiet for a moment.

Control and Perspectives: It’s a good idea after performing the drills for awhile to vary the speed of the visualization. Run it full speed, normal and slow motion. It makes the imagine more real.

Depending on your perspective, which you probably won’t initially have any control over, you’ll either see the visualization as if you were looking through your own eyes, seeing action and parts of your body you normally see. Or you make see the imagine as if you were watching yourself on a big screen TV. Either way is fine and like the speed control if you can use both imagines, just that much better.

Imaginary is a powerful tool in acquiring and maintaining confidence, which of course translates into mental toughness as well. However, it is not a magic bullet or spell and in no way will visualization ever replace good old fashioned hard work and practice. You must hone your skills through practice and play.

But, your imagination can have a powerful effect in shaping your reality, so don’t discount it. Just put it in its proper order …behind practice.

Imagery back to Mental Toughness