Hitting Tips One - Mastering the Mind:

Many people fail to consider the fact that the First step in hitting is to KNOW you can do it. I don't mean know. I mean KNOW!

The deep in the gut, no doubt, only excited anticipation feeling you have when you're sure of yourself. It’s not my intention to become too scientific or philosophical, but the mind is your most valuable asset when attempting  anything, but especially  an extremely difficult task, which hitting a baseball definitely qualifies as such.

I teach my players several things to think about as they prepare to bat, which may sound distracting to the player at first, but as with every other task he practices, he’ll master the exercises and automatically perform them in a split second.

The first task he’s assigned as he prepares to hit, is to Visualize himself hitting the baseball. Closing his eyes, or focusing on a particular spot on the ground, anything which temporarily removes him from the chaos of the game, he imagines himself batting. 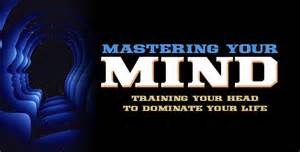 He visualizes the pitcher’s wind-up, picks up the flight of the ball, the rotation of the seams, and watches the ball make solid contact with the bat as he swings. Some players become so proficient at visualization they actually hear the noise the seams create as they spin and hear the crack of the bat upon contact.

1. The mind’s eye actually seeing the accomplishment of this difficult task removes inherent doubt and fear of failure. It may sound a little silly, but it’s a proven fact … The mind knows it can perform the task …  It just saw it.

2. The visualization awakens the body’s starting mechanisms. The muscles required to hit become activated remembering what they are suppose to do in this situation, as the eyes become focused and prepared to watch the flight of the ball, and the churning stomach calms as the anxiety of waiting are about over.

If you logically think about it, it makes perfect sense. It’s essential the body and mind are in sync when attempting to perform a very difficult task, otherwise a difficult task just became impossible. 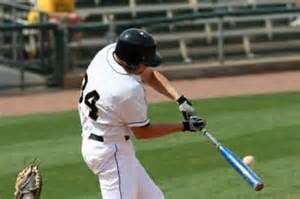 Upon leaving the on deck circle, he deliberately walks to the batters box, hesitates, takes a practice swing and taking one last deep breath, insuring your mind calms your body, steps into the box totally focused and confident.

Hitting Tips - Hitting The Inside Pitch:

Hitting the inside fastball requires tremendous bat speed, explosive hip movement, strong hands and the ability to keep those hands close to your body as you bring the bat head through the hitting zone.

Let’s examine the process of improving our ability to hit the inside pitch.

Hitting the inside pitch defines the importance of hip rotation and strength probably better than any other hitting example. The power, speed of the bat and the ability to bring the bat through the hitting zone on a bat knob first, level swing is all dictated by explosively opening the hips.

We have discussed the need of a starting mechanism which a hitter uses to initiate weight transfer and start the body moving forward. This starting mechanism is most usually the front foot, which is either lifted straight up and put right back down, or lifted up and moved forward as you stride into the pitch. 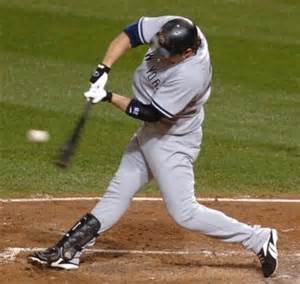 Pitch recognition is especially important with an inside pitch, because you will want to restrict or retard your high foot lift if it’s a fastball, because quick opening of the hips and hand movement is more important than moving your body weight forward.

Instead you will Pivot on your back foot, which opens your hips, which automatically turns your body square to the pitch, which then allows you to bring the bat through the zone level and make solid contact with the ball on the barrel part of the bat, not the handle.

Without the quick opening of the hips you can not get the bat around quick enough to hit the ball anywhere but on the handle of the bat.

When a player develops an over stride, his balance becomes off center, which in turn throws his hitting mechanics and timing off. A simplistic, yet very effective method to correct this ride problem, is using a drill called Walking the Plank. 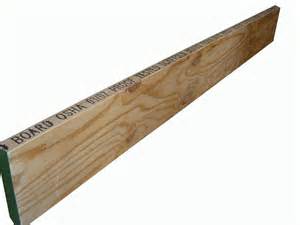 (1.) Instruct the player to stand sideways on the wooden plank and assume his batting stance, holding an imaginary bat.

(2.) Have him take a stride, utilizing his starting mechanism and weight transfer, swing and follow through.

(3.) Upon completion of the swing, he then crosses his legs (right over left for a right handed hitter) and assumes his batting stance again, repeating the procedure again and again until he runs out of wooden board to stand on.

This drill is simple yet very effective  in training the hitter to always step forward towards the pitch as he swings, maintaining his balance. Once this drill starts, the player never leaves the wooden board until he is finished with the exercise, which will make him focus on his balance in order to not fall off the plank.

Changing a hitter’s batting stance, especially an older developed player, is usually the last thing you want to do to stop a player from over striding, due to the retraining of muscle memory and considering the possibility that everything else with the stance and swing are fine.

Therefore, as a last ditch effort to stop an over stride before tinkering with his stance, use this drill. 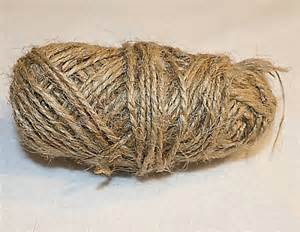 Have the player stand in the batters box and while you watch, take a correct stride with his lead foot, holding it in place when finished. Taking a length of string, I always used the fiber type they make use in crafts because it breaks easier than normal string, tie an end around each of his ankles.

Instruct him to bring his lead foot back to its normal position while in the batting stance, have him practice repetitive strides and swings, 20 - 30 - 100, whatever it takes. The string will either stop his forward foot from over striding, which will create muscle memory, or break the string.

I suggest you perform this drill on grass / dirt or a mat if inside, as there is a distinct possibility the player will over stride and trip himself in the beginning. As an extra precaution I had my players use a whiffle ball bat instead of a wooden or metal bat.