Hitting and baseball is the same as Apple Pie and baseball … it’s American culture, but as with any culture it will experience a few bumps along the road and even our baseball idols, Ruth, Mantle & Mays experienced their fair share of batting slumps throughout their careers. So what makes us think we won’t experience the same bumps and temporary set backs? 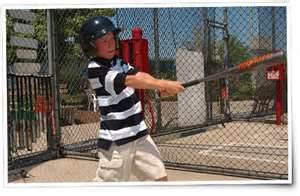 There’s a saying “Why would you expect a different result when you do the exact same thing over and over?” Once you hit the wall of frustration and nothing you’re doing is solving the problem, it’s time to try something entirely different.

When deciding to start all over, it’s important to realize you may not have to totally start all over, as it may be one element of your mechanics which need changing or adjusting. Be patient and keep a written record of what you changed for each batting session, as most people tend to forget things if the process takes to long.

1# The foremost element when hitting is to be comfortable at the plate, so don’t ever try to copy a major league player with an unorthodox batting stance which is uncomfortable for you because it won‘t work, the reason for the player’s odd stance is it’s comfortable for him. 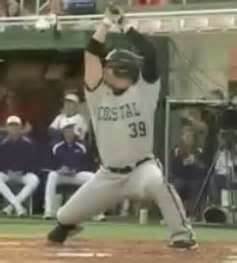 Here’s a sample outline of elements to experiment with in adjusting your batting mechanics.

(b.) Change your starting mechanism from lifting the foot and moving forward to simply lifting it and putting it right back down in the same place…

(c.) Raise or lower your hands…. Use your hands for a starting mechanism…

(d.) Open or close your stance…

(f.) Be carefully not to become too fatigued as this could ruin everything you’re trying to accomplish.

I think you can see why I tell you to keep a record of your adjustments as there are literally 100's of combinations, but you’re at the proper place to experiment, the batting cages, because it‘s just you and the ball, and possibly a coach. There’s no waiting for the pitcher or the catcher … just pure hitting time. 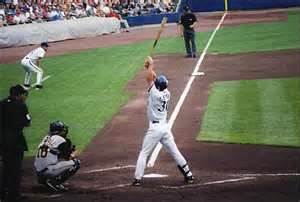 The important thing to remember is you have hit before, you’ll hit again, probably much better. Don’t view the process as a desperate attempt to find the magic answer, but rather as a challenge, and it’s not If you figure it out …it’s When you’ll figure it out.

The answer to your problem may be as simple as the pitchers are better, faster and you’re not getting your bat through the hitting zone in time. You know the problem … find the solution.

You Must Increase Your Bat Speed.

Creating Bat Speed may just be one of the most misunderstood elements of hitting. Sure, everyone has heard the coach yelling “ Quick Bat through the hitting zone” to his batters, or “Fast Hands.” Meaning what?

In spite of popular belief, a home run hitter having to use a heavy baseball bat in order to hit home runs, is a myth held over from the legends and tall tales about Babe Ruth and Casey at the bat. 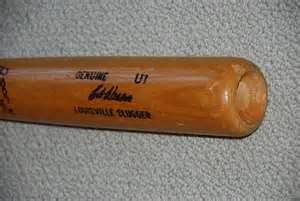 In reality it’s the speed which the bat is traveling when contact with the ball is made which determines the velocity and distance the ball will travel, not the size, weight or length, of the baseball bat.

Some fixes are easier than others. If you’re trying to handle a bat 36” length and 35 oz. in weight, you will greatly increase your bat speed by changing to a bat 33” length and 32 0z. in weight, or even lighter.

Bat manufacturers have figured out how to offer longer bats without the weight disadvantage by cupping the bat end, which doesn’t negatively affect the bat’s performance, unless you hit the baseball on the very end of the cup where it’s weak, but reduces the weight of the bat.

The cold hard truth is the only real way to permanently increase your bat speed is to increase your Core body strength, which include the 3 major muscle groups which create maximum bat speed are the Upper Torso, Legs and Hands. 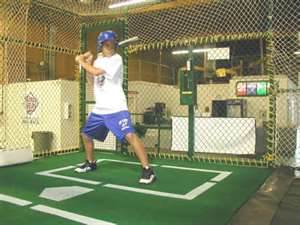 There is a cornucopia of physical fitness programs, videos, and accessories in which to choose from to gain core body strength. I suggest going to your local gym and asking their opinion on options of strength building which would be most beneficial to you, as body types and muscle development vary.

Beware of being advised to use a heavier bat during batting practice as a method of increasing bat speed, as there is a slight bit of accuracy in this option, much like swinging a bat with a donut on it before actually going to the plate to hit. Using a heavier bat, and it’d have to be quite a bit heavier than your normal bat, in batting practice will cause more harm than good.

The idea of BP is to get in as many swings as possible, perfecting your mechanics and timing. Using a heavy bat will negatively affect your swing because you’ll have to alter your swing in order to bring the extra weight around in time to make contact. This is not increasing Bat Speed.