In Coaching Youth baseball and teaching others to coach, I always stress it can be one of the most rewarding things you can do in your life, but you must also realize it’s not all fun and games, as there are serious responsibilities which come along with the job.

Those responsibilities are to teach his players every possible physical, mental and emotional skill he can about how to properly play the game of baseball, and as if that wasn’t difficult enough, there is the other side which deals with integrity, morals, work ethics and growing up being a good person. 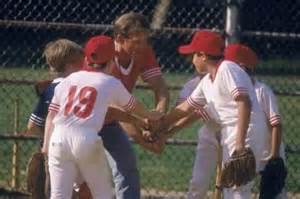 I congratulate you for obviously you want to become the best coach possible, or else you wouldn’t be here reading this, and I’m going to teach you by looking at some actual examples instead of boring theory.

Being a Good Coach

Coaching Youth and becoming like a Youth in order to coach, are quite two different matters, which can make all the difference in the world between having a good team or a great team, all other things equal.

A coach’s age is irrelevant, it’s their ability to think like a 10 year old which makes him a good coach. He must have the ability to realize the most basic and elementary baseball knowledge, which are second nature to him, are totally unknown to his players.

I’m going to teach you a basic outline of how to train a baseball team including some hard facts of where coaches screw up.

I. First things first … You must be of the mindset that you are responsible to teach the players virtually Everything about how to play the game. Assume Nothing.

(A.) This principal applies even should you be taking command of an older aged team, which I hate to tell you, is harder than coaching a younger team especially if you’ve had no prior experience with the team and its history. 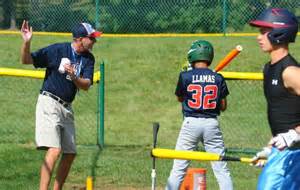 1. The best advise I can offer in this situation is to Observe first. Only by setting yourself apart from the practice, you become too engrossed in the small picture, can you properly evaluate where the skill level of the team is in regards to the big picture. Then formulate a plan from there, which if you must tear down and rebuild, do it, if you need to take the team to the next skill level, do it. Observe, Plan, Execute Teaching.

A smart coach realizes when dealing with youth ball players nothing is automatic and nothing should not be assumed.

For instance, let’s be a little fly on the wall and observe a normal 10 year old center fielder as he mimics a professional ball player, adjusting his hat and maybe even checking the location of the sun.

He begins to narrow his focus, and as the pitcher begins his delivery, he’s solely concentrated on the ball, muscles tense ready to immediately sprint and catch any ball hit his way.

At the crack of the bat he takes an initial step in, then relaxes as he watches the ball shoot into right field, the right fielder begins running after the ball, but the center fielder doesn’t move. 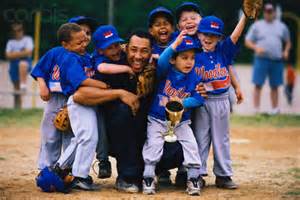 Coaching Youth - Being One Of The Team

You’re standing in the dugout biting your tongue as you see the ball skip by your right fielder and go to fence, while your center fielder stands idle and watches runners round the bases. Guess who is to blame for this …. You … the coach.

You and your coaches may have spent hours with your center fielder teaching him how to play the position, But if you failed to teach him he is the Outfield General and should back up every play regardless of field … well, he won’t know to do it.

Moral of the story: Take nothing for granted. Nothing is automatic. You Must communicate (teach, coach) everything you know, no matter how trivial it may seem to you.

Never be afraid to repeat yourself, it’s better players hear something 20 times, than not hear it at all. We’re normally telling our kids we’re not mind readers … well, neither are they. 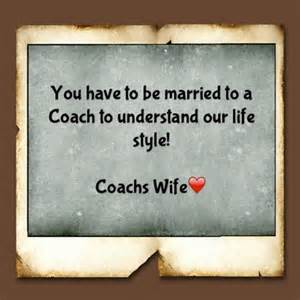 Coaching Youth - Says It All

I’ll be the first to say “This is a very challenging one,” and there is no book or instruction manual for this one, none that I know of anyway, yet it’s one of the most important lessons you can teach.

The intangibles are part of the Mental side of the game, which goes well beyond instinct, and includes the ability to think and quickly reaction, or more simply put: Thinking Ahead.

Bear in mind I’m no computer geek, you have no idea the problems I have encountered creating this website, but I would use the comparison of their minds being like a miniature computer, as the players seemed to readily understand this language.

I explained if they Pre-Programmed that computer, they’d eliminate the thinking part of the action, instead reacting immediately, cutting out the Middle Man shall we say.

Use very simplistic examples, which you’re welcome to use, and ask questions such as … a runner on first and a hopping ground ball hit to the shortstop’s left. How would he react .. What would he do? 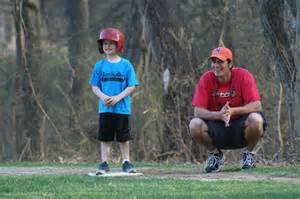 Coaching Youth - Happy When They Succeed

If he had pre-programmed his mind before the pitch, he’d already know:

1. How many outs there were … which would dictate whether one out was needed to end the inning or a double play was required.

2. He’d know he was traveling towards second base and to step on the base for the easy force out … or  attempt the double play.

Then I’d present the same scenario, except the shortstop had not pre-programmed,

1. The fielder’s forward momentum was going slightly away from the infield, which caused him to attempt an off balance throw to first base, which ended up being a wild throw.

Why didn’t he simply toss the ball to the second baseman for a force out? Because he forgot there was a runner on first which presented an easy force out situation.

Very simple examples, don’t make it rocket science, but very effective on demonstrating the importance of thinking ahead … pre-programming the mind. A mental intangible.

Along the lines of pre-programming, I always stressed team work and constant thinking, putting yourself in your team mates shoes.

For instance, an infielder should realize the outfielder who is watching and waiting to catch a high fly ball which has just been hit, has no idea what the runners on base are doing.

However, the infielder, or any other team mate, has a clear view of what’s happening and can yell directions to outfielder of what to do with the ball as soon as he catches it.

Yell “Home …home !!” before he catches the ball as he can listen while not interfering with his ability to catch the ball and you’ve eliminated his thinking process required after the catch.

I’ve thrown a lot at you in this segment, more than you probably realize.

(1.) The Coach is responsible for teaching all players A to Z about how to play the game of baseball….

(2.) Mental preparation is key to success….

(5.) You must learn how to relate to your players in terms they understand.