Teaching Catchers the "how to" about Framing Pitches is a delicate art that should be practiced every time the player is receiving a throw, including Bullpen work, warming a pitcher up, anytime you are working in a pitching battery relationship.

If a Double-Play is a Pitcher’s best friend, a Framed Strike is surely his next best friend, as in the right situation … it’s a game saver.

The Receiver's job to Frame Pitches is the ability to convince the umpire a border line pitch is, in fact a strike. Remember, umpires are human too, and as such periodically through out the game will hesitate as their mind and eye try to arrive at a ball - strike decision. This decision making process occurs in milliseconds, but your catching could have an influence in the outcome. 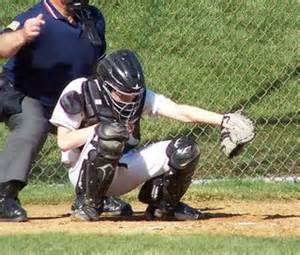 So how do you do it?

The Key is to have the ability to master an art of being able to perform smooth, intricate and slight movements of the wrist and mitt as the ball is caught.

(1.) As you catch a borderline pitch, the instant the ball enters the mitt you quickly and slightly move your wrist towards the strike zone. It’s important you do not move your arm, as that’s a red flag to the umpire what you’re attempting to do. Just a quick subtle flick of the wrist.

(2.) Remember the pitch is borderline so the slightest movement towards the strike zone could be enough to induce a strike call, especially if the pitch is in an area has historically been called a strike during the game.

(a.)For the most part a good umpire wants to be Consistent with a strike zone, whatever he deems that to be. 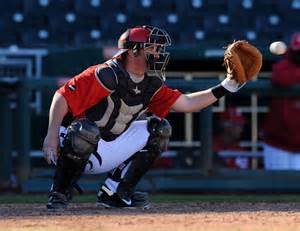 No Movement Of Mitt

To Frame or Not to Frame … that is the Question:

(1.) A receiver must not only get into a hitter’s mind, but the umpire’s as well, arriving at an educated guess of how he’s looking at things.

(a.) If the pitcher has been wild, not throwing the ball to the backstop, but being unquestionably high or wide of the plate, the umpire will Not give the pitcher the benefit of the doubt and call a borderline pitch a strike, as in his mind the location of the ball was accidental, not purposely thrown, therefore a Ball.

(b.) Do Not attempt to frame any pitches during this game unless the situation changes drastically, such as a different pitcher or the starter gets his act together.

(c.) On the flip side … if the pitcher is demonstrating pin point control, any close pitch could be fair game, but especially a "Strike Three" situation. 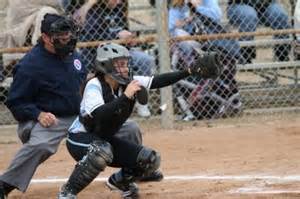 Too High To Frame

(2.) Do not attempt to frame a pitch which is an obvious ball. All that does is make you look stupid and aggravates the umpire that you think he’s that dumb.

(3.) Do not hold a position after the call is made. Doing so, whether true or not, demonstrates your disagreement with the umpire’s call. Nobody likes being questioned, especially in public.

(4.) Most umpires do not make a verbal call of a ball, so you’ll need to develop a mental clock in which within a certain time span if you don’t hear a verbal strike call, you quickly return the ball to the pitcher.

(5.) Pitches low in the strike zone if possible, must always be caught with the mitt up in order to be considered a strike. If you must turn the mitt downward to catch a ball, the umpire will always consider the pitch too low to be a strike.

An excellent method to utilize in order to practice framing pitches is to use a pitching machine. What? Pitching machines are used to practice hitting. Yeah, sure are. But why not also use them to become a better receiver?

Actually they are an excellent instrument for catching practice as most of the better machines will allow you to dial in the type of pitch, speed and target. This is an excellent way to learn your trade.

Tip: When using a pitching machine always. wear your face mask and preferably ALL your protective gear. Why risk an injury to a fluke mishap which your equipment would have prevented.

Catchers Back To Playing Catcher