To implement this catching drill, you will need a racquetball or tennis racquet and a tennis ball. Reasoning? Hitting a pop fly foul on a consistent basis is all but impossible and attempting to throw a baseball overhand skyward will injure the arm and the height is quite limited.

That’s where the tennis equipment comes in. It’s easy to hit the ball straight up and you can attain nearly any height you want.

There are unlimited versions of how you can perform this practice. Your catcher can stand next to you, be in the squat position or stand at home plate in the catcher's box.

Unless I had several catchers working at the same time I wouldn’t have him in the squatting position because it was too tiring and time consuming. They normally stood at the plate.

The catcher wears only his mask and catcher’s mitt.

The coach hits the tennis ball skyward, hearing the ping of the racquet striking the ball, the catcher initially locates the ball while wearing the mask. Just as if a batter had just hit a foul ball.

He removes the mask with his throwing hand while maintaining focus on the ball. When he’s positive where the ball will come down and is stationed under it, he tosses his mask far enough away to insure he doesn’t step on it. 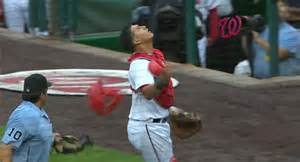 Catcher Baseball - Knowing How to Handle the Mask

This drill will allow the catcher to conquer his initial instinct of flinging the mask backwards off his head to begin tracking the flight of the ball, which we know is quite dangerous due to tripping over the fallen mask.

Holding the mask in his hand until he's under the ball, all but eliminates his accidental stepping on the mask should the ball angle back towards the plate area, and foul ball pop ups are notorious for changing directions. 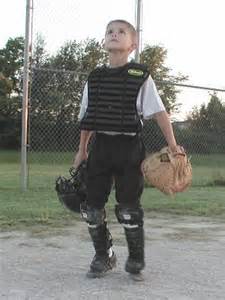 Purpose of Drill: Improve the quickness and accuracy of your throw to second base.

(1) Receive the ball from the pitcher

(2.) Throw to second base as if a runner is attempting to steal.

(3.) The 3rd person operates the stop watch and records times. 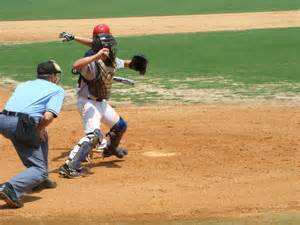 a. Time begins upon the ball’s contact with the mitt & stops the second the ball hits the second baseman’s glove, mitt to glove speed or ….

b. Time begins upon the ball’s contact with the mitt and ends when the tag is applied, hitting the ground with the glove.

Strive to improve the mitt to tag time, as this requires you throw accurately as well as quickly, as being the best and the quickest at getting the ball to second base does nothing if the ball is constantly ending up in center field.

To increase the drill’s difficulty have the pitcher throw balls in different locations, which will require alteration of the catch-throw mechanics, or put a batter, right & left, in the batters’ box to simulate real game conditions.

Don’t just use arm strength, experiment with foot work and grip and exchange speed as they are directly linked to the time required to throw to second base.