Using Little League Wood Bats is always included in any hitting seminar I give, and I chuckle at some participants, who seem to think they’ll get some sort of secret information not available in the training session, when they sneak up to me before the beginning of the class.

Parents will often ask “How can I get my Kid to Hit Better?”

I always enjoy the look on their face when I tell them “Use a Wood Bat.”

There’s a mixture of surprise, confusion and the look of seeing an alien from space. There’s the pause, as if they’re thinking twice about attending the seminar, even though they’ve already paid for it, then the slump of the shoulders as they trudge into the building. 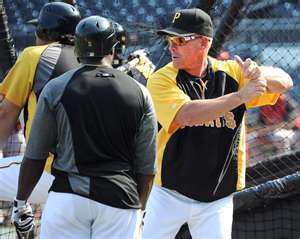 Look, I realize aluminum and composite bats are the Space Age thing to do, but has anyone ever stopped to consider what was given up or lost by this transition away from wood baseball bats? Let’s examine a couple of issues.

Especially in today’s economy, cost is always a serious consideration in any youth sport, and since wooden bats break, they must be less cost effective than aluminum or composite bats, but is that really true?

Most young adults in charge of operating youth associations, well meaning or not, prefer old timers like me go out to pasture and be quiet, but these Generation X or whatever, have never been exposed to the usage of wooden bats. They grew up playing ball with fabricated aluminum bats, and if the knew about wooden bats, it was by only hearing the horror stories of wood bats constantly breaking.

In truth wooden bats are very durable. Do they break? Yes of course they do, but if you want to analyze solely from a cost aspect, you’d have to average breaking 3 or 4 wooden bats in order to equal the cost of 1 aluminum or composite bat, and that seems to escalate yearly as the price of a new bat continues to climb. 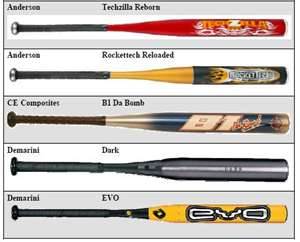 "These Bats Have Been Banned"

I honestly don’t remember breaking more than 4 or 5 bats in my life and that spanned over 15 years of being a player. I don’t count neighborhood games because we’d put a nail in the handle, wrap it with tape and continue to use it until it broke entirely into.

You might scoff and ask “How can you remember that far back?”

A valid question, but I have a valid answer. Anyone who has played baseball, whether little league, high school, college, etc. will always remember the “At Bat” when you really made great contact on a 85 mph fastball, only to hear the sound of splintering wood and seeing the ball popped up or feebly ground into the infield. (With my historical lack of home run hitting power, I have a tendency to remember the ones that got away)

When I visit different ball parks and catch a game or two, I am quite concerned about what I see. In fact the number one fear I have as a coach is that we, Are developing a generation of poor hitters without realizing it? 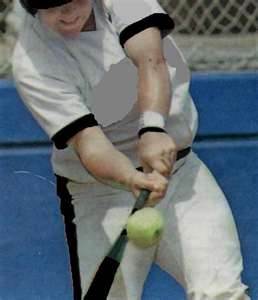 "A Hit With An Aluminum Bat"

Put the emotions aside and think logically for a moment. Are screaming line drives off the center field fence, hit by 70 pound kids, the result of excellent hitting mechanics or the result of the bat he’s using?


This question has been totally ignored for 30 years, but one must begin to consider this scenario seriously as composite baseball bats are beginning to be banned by little league, high school and college levels as illegal because of the technology and their composites, the bats are becoming dangerous.

How so you ask.

(1.) It’s a scientific proven fact composite and aluminum bats add 20 to 30 feet of distance to a hit ball in comparison to a wooden bat. These numbers are not disputed by the bat manufacturers because most of the data comes from their own research.

(2.) Distance is not the reason certain bats are banned from baseball, and the

list is growing, but rather it’s the speed, the velocity the ball comes off these bats which has been deemed dangerous. A third baseman or pitcher can not catch a ball hit by a powerful batter in conjunction with the composite bat’s elements, which are designed to magnify velocity, except by sheer luck. The ball is on the player before it’s humanly possible to react, and this is extremely dangerous as a blow to the forehead at that rate of speed could prove fatal.

(3.) Composite and aluminum bats are very forgiving of a swing which produces “bad contact” resulting in a Texas League line drive into right field, or possibly making it to the fence, instead of a soft line drive to the second baseman, which the poorly hit ball should react.

(4.) We are not only creating bad hitters, but it bleeds over to the defensive players as well, who rely on sound to assist them gauge balls. Tests have proven very knowledgeable baseball people can find it nearly impossible to determine which Pinging Sound was the result of solid contact or a miscue with their eyes closed.

Fact is, We really don’t know for sure what kind of hitters we are developing until they begin hitting with wooden bats.

Looking To The Future: Advise to Coaches.

Coaches at the higher age and talent level should take it upon themselves to perform some real soul searching and look at what might be the Best for their players, although it could place the win - loss record in jeopardy.

Players with enough talent to be seriously scouted by Major League Scouts, should intensely consider switching from an aluminum bat and begin using a wooden baseball bat. 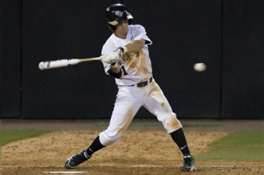 You Can See The Fatter Aluminum Barrel

I realize this is a Catch 22 with possibly huge impacts on the player’s numbers. A 30 home run season suddenly becomes a 20 or even 18 home run season and Texas league base hits, which add to the batting average, become outs and the number of Extra base hits will go down. High prices to pay when trying to accumulate spectacular numbers in which to impress scouts.

However, there could be a positive flip side to this drastic action, as should the hitter discover, by the sound and results of using a wooden baseball bat, his hitting mechanics aren’t quite as good as thought, he has time to adjust and correct the flaws before being thrust into a higher level of competition.

Baseball Scouts, although far from perfect, Albert Pujos, a future hall of fame player, was passed over something like 17 rounds before the Cardinals picked him, but they are not stupid people in regards to baseball issues.

Just something to think about.

The Rookie League, first level of Minor League Baseball, and forward prohibits using anything but a wooden baseball bat. This creates a real dilemma.

(1.) Do you wait until Rookie ball, which is actually an audition to be considered for higher caliber baseball, to fall on your face with plummeting numbers.

(2.) There is intense pressure at every level of baseball to excel, do you think you are mentally tough enough to handle the poorer performance using a wooden bat vs. a composite?

(3.) Can you adapt and change a hitting structure you’ve developed since 8 years old, in a matter of months? 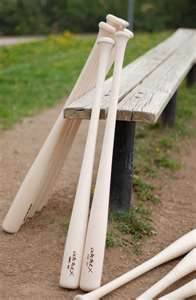 Baseball Scouts, although far from perfect, Albert Pujos, a future hall of fame player, was passed over something like 17 rounds before the Cardinals picked him, but they are not stupid people in regards to baseball issues.

Just something to think about.

How to Hit a Baseball