A Different Batting Technique is utilized in order to execute certain plays, and most are likely dependent on the inter-reactions of the runner(s) on base at the time, and the hitter.

Let's talk about One such example which is the execution of a Hit and Run play, which besides being a powerful offensive weapon, in baseball terms, is a thing of beauty to watch unfold. It is also one of the more difficult offensive plays to succeed at because it requires the near perfect combination of hitter and runner skills. 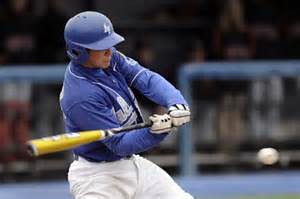 Batting Technique - Inside Out Swing

The intent of a hit & run play is multi-fold:

(1.) It’s intended to force defensive players out of their normal fielding position …

(2.) Which leaves a certain area of the infield undefended …

(3.) The batter intentionally hits the ball specifically in the undefended area of the infield …

(4.) The successful execution prevents the offenses from hitting into a double play and allows the runner(s) to advance an additional base than they normally would have been able to. 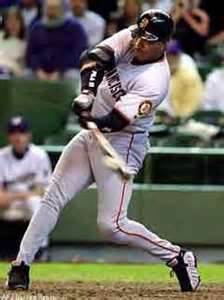 Batting Technique - Hitting Ball Where It Is Pitched

As mentioned a Successful Hit and Run is a joint effort between the hitter and the base runner. Let’s exam how the play works.

(1.) The Number One Task a batter must achieve as a hit & run is being executed, is making contact with the ball, even if it’s just a foul ball tip, because if the batter swings and misses, the base runner will most likely be an easy out at second, because the runner is not attempting a straight steal, therefore he won’t be as close to second base, nor prepared to slide as if he were attempting to strictly steal the base.

Batting Technique - Inside Hard One

(2.) The Second Task is the batter has to be skillful enough and have enough bat control be able to hit the ball in a specific area of the field. This will normally be to the right side of the infield, therefore if he hits the ball to the left side of the infield, the starting of the runner may or may not, eliminate a double play, but the batter will be thrown out and the runner will be on second not third base, with possibly two outs.

(3.) The Third Task is the batter Can Not  hit the ball in the air, especially a line drive. A line drive to any infielder and probably the right fielder, will result in a double play.

There’s a saying in baseball … “ Hit the Ball Where It’s Pitched. “  Which refers to the fact you can hit the ball with much more power hitting to the field the ball is pitched to in correlation to home plate.

In other words, a pitch on the outside corner of the plate can be driven much harder to right field than to left field, because you’re only slightly redirecting the flight of the ball.

A normal hitter, there are power hitter exceptions, when trying to pull an outside pitch, runs a high risk of hitting a ground ball to the left side or a high lazy fly ball to left field. 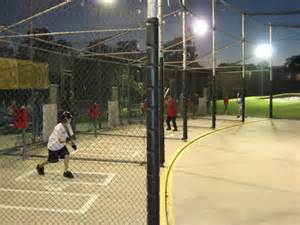 Why explain this? Because on a Hit and Run play, the batter has to be able to hit an inside pitch to right field, which is opposite of what he’d normally attempt to achieve.

If your bat head is in front of your hands, the ball will be hit to the left side of the infield, unless you’re lucky enough to be so late in your swing, you hit the ball to the right side, but you will run a large risk of putting the ball in the air with this type of swing.

The only way to become good at Directional Hitting is to practice it.

(1.) Using standard batting tee is an excellent method to begin your work, as you can slowly swing while being able to pay attention as to what your hands, arms, hips and bat are doing, thus being able to adjust and correct.

You’ll be able to visually recognized how deep the ball must be, or how far behind the ball your bat must be, in order to hit the ball to the right side.

(2.) Hitting in the batting cages is another excellent method to practice directional hitting, but I’d suggest using the batting tee first, in order to get the feel of the late swing or hands back, then graduate to the live pitching, putting it into practical use.

There’s little question the hitter has the more difficult job in a hit & run play, but the base runner also has a difficult task, as he must run fast enough to reach third base safely, but not too fast as to get doubled up on a line drive, he must be careful, by his lead off, not to give the play away, or else the catcher will call a Pitch Out.

(1.) The base runner should take a normal initial lead off of first base, with his secondary lead actually being more important, as he must indicate he’s stealing, drawing the second baseman into leaning or cheating towards the second base bag.

(2.) As the pitcher commits going home, the runner uses the cross over step, and begins his movement to second, but instead of staying low and concentrating solely on stealing second base, he must watch the ball. This simple difference decreases his speed dramatically, but is required in order for the runner to maintain visual contact with the ball.

(3.)If the runner sees the batter swing and miss, he knows he’ll have to increase his speed and will have to slide in an attempt to avoid being tagged out, or if he sees the ball hit into the air, he’ll have to immediately stop and retreat back to first base.

(4.) Seeing the ball hit on the ground to the right side of the infield, the runner immediately increases speed with full intention of continuing to run to third base before stopping, continually watching his third base coach for signals of whether to slide, stand up or attempt to go on to home plate.