A Batting Line Up was the last thing on your mind as You’ve endured the weather, with its fickle Winter to Spring back to Winter, rain and cold winds. You’ve waddled through mounds of paperwork, rosters, tournament applications and concession stand duties.

A Line Up was the last thing on your mind as you’ve poured your energy into practicing all the basics, frantically trying to put together a fundamentally sound baseball team, unable to get to your individual teaching skills, your individual style, because you ran out of time.

Today is the day everyone has looked foreword to with nervous anticipation,It’s the First Game of the Season. Today, the game becomes real and everything must be done per the rules, and one of the first items of business, is to prepare a batting line up to give the opposing Coach.

Batting Line Up - (Legally the Umpire is also to be given the lineup, but in youth leagues, the two teams swap lineups, with the Home Team score keeper being the Official Score should a conflict arise. This is very important for recording the scoring of runs, the score, and maintaining the proper sequence of batters in the line up.)

*** Tip *** During the game, especially if your team is the visiting team, make sure your score keeper compares notes and score with the opponent’s score keeper periodically to insure they both have the same score.

In a pitchers duel, checking once or twice a game would be quite sufficient, but in younger divisions, where 6, 7 or 8 runs are usually scored every half inning, you may have compare scores every inning or at least every other inning. ***

There is No set method, no Right or Wrong way of making up a hitting or batting line up, but there are accepted practices of doing it. Let’s look at the standard approach and strategy of How to Make a Batting Lineup used by MLB Coaches and managers.

The first batter in the lineup is referred to as the lead off hitter, for pretty obvious reasons, he’s the first batter, or lead off batter, to face the pitcher at the beginning of the game.

***After the first inning is completed, the first batter to bat in the new inning, is referred to as the lead off hitter/batter, which essentially just means he’s next in rotation to bat that inning.

Strategically, the initial leadoff batter, in the beginning of the game, must have the ability to set the tone for the entire game, which requires certain physical abilities and precise baseball skills.

***The Lead off batter Must have what’s referred to as a Good Batting Eye. He should have a thorough knowledge of the strike zone and the discipline to not swing at balls outside of the zone. 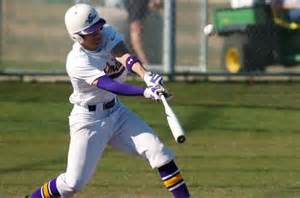 You say all players should have this skill, and You are quite right, but the lead off hitter, by having an excellent batting eye, establishes numerous conditions besides just getting a base hit.

By forcing the pitcher to throw as many pitches as possible, the hitter is making the pitcher work, every pitch thrown tires a pitcher out for the later innings, and depending on the number of pitches thrown, you may be able to see what the umpire considers a strike, as all umpires have their unique strike zone.

The lead off hitter must be a contact, or slap hitter, with good running speed. Anytime you put the ball into play you force the other team to perfectly execute fielding, throwing and catching tasks, which of course most teams perform flawlessly, but there’s always the chance, one of the three basic maneuvers could foul up, or just be hesitated by a slight bobble, allowing a fast runner to beat out a hit.

He must be a contact, or slap hitter, with an excellent batting eye. The ability to make contact with the ball is critical, as there are several offensive plays the coach will initiate, such as bunts, straight steals, delayed steals, hit and runs, run and hit, because of the speed and ball contact ability of the two position players involved.

Once the lead off hitter gets on base, by a hit, walk, error, bunt or hit by a pitch, he now becomes a threat to move into scoring position via the Steal and becomes a thorn in the side of the pitcher.

In the MLB the lead off batter is usually a middle infielder, or a left or center fielder, due to the speed normally required to play these positions defensively. 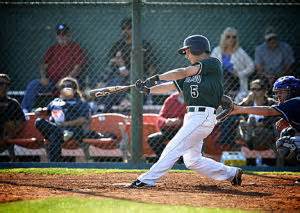 Batting Line Up - Pop In The Bat

The second place hitter should also be able to work a pitcher deep into the count in order to finalize establishing the umpire’s strike zone, tiring the pitcher and allowing the upcoming hitters to see the pitcher’s motion and types of pitches he throws. This also includes allowing the base runner to watch the pitching motion for indicators of when to steal.

In the MLB the second place hitter is usually a middle infielder because they already posses foot speed in order to play their defensive position.

The third place hitter will normally have more power in his bat than the number 1 and two hitter, and usually not quite as fast a foot, although still able to run well.

By the time the third place hitter bats there very well may be an atmosphere created of how the game may proceed, and it’s his job to either continue the tide or reverse the momentum of the game.

If the pitcher overpowered the first two hitters, easily striking them out, it’s the third place hitter’s responsibility to get a base hit, or at the very minimum, hit the ball Hard. It doesn’t matter, per se, if the outfielder catches it at the warning track or the screaming line drive nearly tears the glove off the shortstop, it’s the mental aspect that the pitcher can be hit and hit hard. 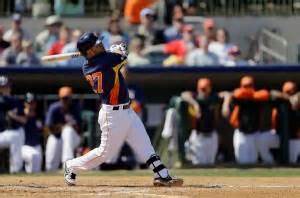 On the flip side, it either deflates or greatly reduces the pitcher’s emotional level of being un-hittable that day. Remembering the Mental side of the game being very important, the third place hitter could play a huge initial role in establishing the mental side for the team.

Should the number 1 and 2 hitter reach base, it’s his job to either drive them in, move them over a base, or work the pitcher for a walk, to set up, what they call setting the table, for the upcoming number 4 and 5 hitters.

In MLB the number 3 hitter is usually a first or third baseman, or a left or center fielder.

Historically, the fourth place batting position has been referred to as the Clean Up position, as it’s the hitter’s responsibility to “clean” the bases of runners.

The fourth place hitter must possess power in his bat, as he will be responsible for driving in the runners on base, either with a hit or a deep fly ball which allows a runner on third to tag and score. 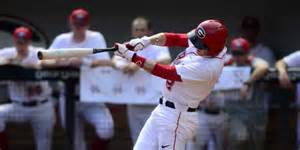 Batting Line Up - Another Power Hitter

The ideal clean up batter will not only hit for power, but also for average. In other words, you really don’t want a hitter who either hits a home run or strikes out, not much in between, to be a number 4 hitter.

Strikeouts with runners on base are a Huge rally killer, as you gave the opposition an out and received nothing in return, the emotional let down for the team can be devastating if they are not well versed in mental discipline, and since there’s always the possibility the fourth place hitter will lead off the second inning, starting the next inning with a strike out makes having a productive second inning difficult.

There has been a slow transition in MLB to have the number 5 hitter have the same, if not more power as a hitter, than the clean up position. As the number 4 hitter became a better hitter for average, making him more dangerous to produce a run scoring single than an all or nothing time at bat, the opposition began intentionally walking the hitter.

This became a very good strategy as the fourth place hitter was normally a good base runner, but not an exceptionally fast runner, which made him an ideal candidate for a double play. In any case you removed a power bat in a run scoring situation.

So the number 5 hitting spot became an additional number four hitter, with power and good bat contact, with the intent of countering the intentional walk. Walk the Clean Up hitter to get to the number 5 hitter and all the opposition accomplished was digging a deeper hole for itself, as they added a runner on base (a potential run) and were still facing a batter capable of hitting a home run.

In MLB the 4th and 5th place hitters are normally the corner infield positions or the left or right fielder. 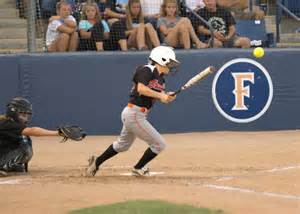 The number six hitter is what could be referred to as a normal or average hitter. They will hit for occasional power, making them a potential home run threat, but just something for a pitcher to be aware of, not change his pitching strategy to accommodate the threat.

This batting spot will hit between .250 and .295 batting average, with .260 to .278 being more the norm. They are usually good contact hitters, putting the ball in play, but lack the foot speed to raise their batting average by beating out infield hits.

The number 6 and 7 spots are normally catchers or third basemen due to their historical slow running abilities, although there are always exceptions to the rule. 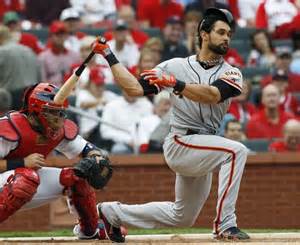 The number 8 hitter is usually a weaker bat, but is in the line up because of their defensive abilities. A team will sacrifice, in the case of a shortstop who hits .220, but leads the league in double plays and assists.

His value is defensive, Stopping runs from being scored instead of scoring or producing runs for the team. He may only have 40 RBIs in a 162 game season, but prevents 200 runs from scoring through his defensive skills, equating to essentially having a direct effect on 240 runs scored.

In the MLB, the number 8 hitter, depending on the coach and league, American league uses the DH (designated hitter) the National league does not, has occasionally been changed to the pitcher. The strategy behind this move, is to move the historically weak hitter, the pitcher, up in the line up and installing an average hitter in the number 9 slot to increase the possibility of having a runner on base for the top of the line up, instead of beginning with 1 out. 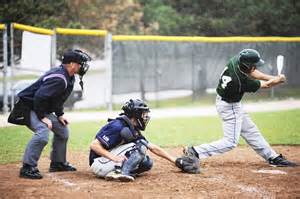 Batting Line Up - Not An Automatic Out

Traditionally the number nine hitter is usually the pitcher or other weaker hitting player whose real value to the team is either pitching or defensive abilities, not hitting.

Needless to say youth baseball usually doesn’t mirror the MLB, as the pitcher is usually the best athlete on the team and hits 4th but the theories used by higher level coaches still apply.

The ability to be fearless hitting from behind in the count, being a consistent contact hitter and possessing speed are the main qualities the number 1 through 3 hitters should have. 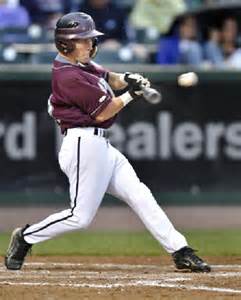 Batting Line Up - Another Lead Off Man?

The ability to hit for power as well as average, with good to average foot speed are must abilities for the 4th through number 6 hitters. These hitters must also be mentally tough, as their position in the batting order will place them in High Pressure situations of hitting with men on base.

Number 7 through 9 hitters are just good solid little ball players, with average hitting and fielding abilities, which are actually the key to overall team success.

Should your league bat the entire roster, consider 10th through the end as you would the 8th and 9th place hitters.