Quick Hands which are Sure Handed are a great asset to any baseball player, but especially infielders and catchers, who must react to 98 mph fastballs thrown over their heads, or 130 mph screaming line drives to either side.

In reality an infielder doesn’t have to be doing double back flips in an attempt to make an amazing catch, to need Quick Hands. A normal ground ball, which they’re in perfect fielding position to catch, which at the last second suddenly takes a bad hop right into your face, requires lighting fast reflexes to compensate.

Under normal fielding conditions infielders will use their feet, as well as their hands, in making quick adjustments to a bad hop. This is the proper method for readjusting your throwing position simultaneously with your hands and upper body movement. 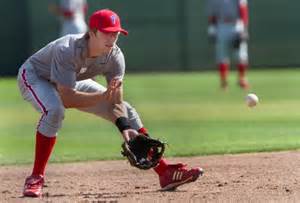 However, in order to develop quick hands we must remove the lower body from participating. Here’s the drill to accomplish that.

For this drill you’ll need a number of tennis or rubber balls. I suggest the players use their gloves for this drill in order to become accustomed to quick rotation of the glove when necessary, but you have the option of doing the drill barehanded.

Player(s) are to take a position kneeling on both knees, facing the coach, who is standing about 10’ to 15’ away. 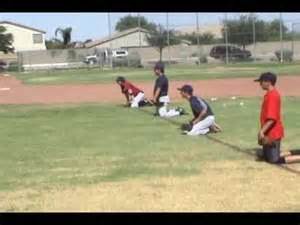 The coach will throw the tennis ball, bouncing it in front of the fielder. Because he’s on his knees he’ll be limited, which is the purpose, to moving only his hands and upper body to adjust to the bounce of the ball. The coach can easily change the pace of the drill by varying the speed he throws the ball and where in front of the player he bounces the ball. Start out somewhat slow, then intensify speed and vary the bounce of the ball. Developing Quick Hands is the goal, that means speed.

While on that note, remember this Drill is intended to quicken hand speed, not necessarily catch every ball. If the player can use his chest to block the ball, keeping it in front of him, there is still a chance to get the out, but possibly more important…he keeps the ball in the infield. 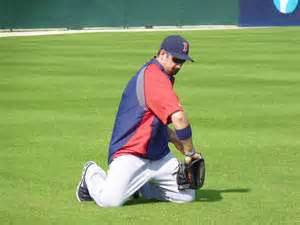 Ironically, the training of a skilled Catcher focuses as much, if not more, on using his body to catch a ball, blocking wild pitches, as using his catcher mitt to catch the ball.

However, the development of Sure Hands in a catcher is imperative and in a way, actually more important than any other fielder, because the catcher doesn’t have the luxury of a Large Glove compensating for not quite catching the ball correctly.

For this drill you’ll need a number of tennis or rubber balls.

The catcher will wear his full compliment of protective gear, including his mask, but excluding his mitt, the more you wear the gear …the more it feels like a second skin, and assume his position behind the plate. 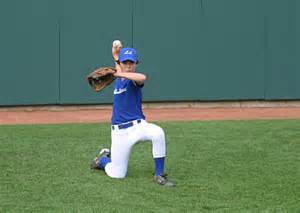 The coach will stand 15’ to 20’ away and throw pitches to the catcher, remember these are tennis or rubber balls.

The catcher should concentrate on two skills: Holding his throwing hand correctly behind the catcher mitt, in order to protect it and to be able to quickly retrieve the ball from the mitt in order to throw players attempting to steal out. 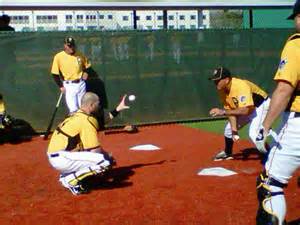 These two drills, performed properly, will greatly improve the your players’  Quick Hands and Sure Hands.

Hands -  There are of course many things required to have a good defensive infield, and one of them is a “soft” and “quick” glove. This combination of feel and speed allow for quick ball transfer, glove to throwing grip and quick release, ball thrown to target.

The intent of the drill is to have the players throw the ball around the horn as fast as possible to develop quick reactions necessary to complete double plays, be sure the players realize this. 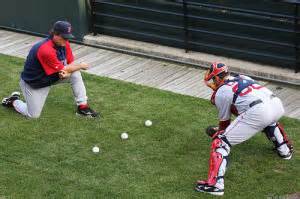 If possible divide your players into two teams and have them compete against one another. Nothing brings out the 110% effort from each player better than competition. Have each fielder assume his infield position, including the catcher.

You, as the coach along with your stop watch, position yourself behind the pitcher mound where you have clear sight of all players. Begin the exercise with the catcher throwing to first, first to second and so on. On the second round begin timing the rounds.

This method allows for a two handed catch if the throw is off line and allows a quicker transfer from the glove to the throwing grip because your bare hand is adjacent to your glove. No need to waste time bringing your arm up or over to the glove. 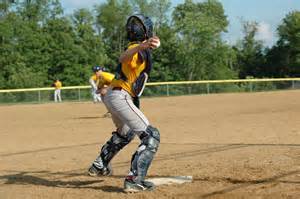 As this drill continues, yell for the player to throw to a different base or home. This will force them to turn their hips and set in order to throw hard, which is imperative for turning quick double plays.

Return to practice, drill on actually turning double plays from all bases and situations. Be sure to incorporate the quick throw drill they just completed by verbally pushing and encouraging them.

This is an excellent drill for increasing the speed and accuracy of your infielders in turning a double play.

The soft hand tool is an inexpensive training aid which can greatly increase fielding skills.

To perform this drill you’ll need the Soft Tool or Glove and balls, either baseballs, tennis balls or rubber balls.

The huge benefit of this drill is with the usage of the Soft  Tool the player has the illusion he is using a glove, but must catch the ball as if fielding without one.

Stand 20’ away from the fielder and throw him ground balls, which he’ll field with the soft tool. In order to catch and maintain possession of the ball the player will, for lack of better verbiage, caress the ball.

This method of fielding supports the development of a soft glove while fielding the ball. In addition to ground balls throw balls which hop once before reaching the player. 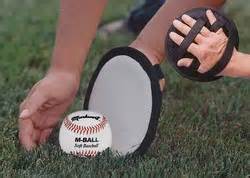 Throwing Base Runners Out:

The ability for a quick throw potential base stealers out is yet another responsibility of the catcher. It must be said now, bases are stolen off the pitcher, but a weak armed or slow reacting catcher will make the job quite easy no matter what the pitcher does to hold runners close to base. They must work in tandem to efficiently keep teams from stealing on them.

How Make a Quick Throw to Second Base:

The majority of your throws will be to second base because of the distance between home and the base. A good strong arm is a must, but a good arm alone will not throw base runners out on a consistent basis. It takes a quick release and accuracy to stop the running game.

Communication Starts It All:

The catcher is firstly responsible for catching the pitch. He may not always see the runner take off to steal, especially if there’s a left handed batter in the box.

The infielders should immediately start shouting “He’s going!”  “He’s going!” to alert the catcher the runner is attempting a steal.

The instant a catcher hears this he should shift his right knee towards the right field foul line. This motion allows a quicker turn of the hips toward the target, second base.

The catcher should not stab at the ball or reach out to receive the ball quicker. This will actually slow the entire throwing process down. Instead he should catch the ball where he normally catches it if not a few inches deeper.

As the catcher springs up and out with his left foot, he brings the mitt and the throwing hand together, gripping the ball and taking it out of the mitt.

His mitt arm extends out toward second base. As his hips open his throwing arm should extend straight back. 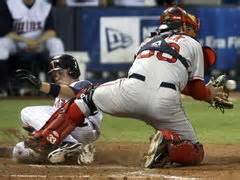 To review this position. The catcher should be facing second base with the left side of his body. Both arms are fully extended in opposite directions.

The catcher should throw the baseball over handed with the ball passing close to his ear. This is not only the quickest release, but by throwing directly over hand the ball won’t sail or trail to one side of the target or the other.

Depending on the catcher’s arm strength and / or age, there are a couple of different options for the feet.

Should he have a strong arm, coming out of the squat, he should step with his left foot towards the target and push off with his right foot.

Coming out of the squat he can shuffle his feet, going forward and building momentum, and throw.

The key to success is a quick release and accurate throw.