Baseball Statistics have been kept since the game of baseball began, and with the advent of the computer and increasingly sophisticated technology, there seems to be Nothing which is not kept track of.

Stats are important in measuring a player’s performance and improvement, or non-improvement, which allows a scout or coach the ability to analyze a player’s potential to help the team.

As with many things in MLB the technology has outpaced the ability of the average youth baseball coach to keep equal stats, which are important to the players as far as seeing their strengths and weaknesses, and just plain feeling like a Big Leaguer.

We’re going to teach you, the coach, the methods for figuring and keeping the most basic and important Baseball Statistics, which will help you and your players feel like a big time big league player.

All pitchers are critically judged on their ERA, which represents the average number of runs a pitcher allows in a 9 inning period. The Earned portion of the equation refers to runs scored that the pitcher was solely responsible for, such as a Home Run. 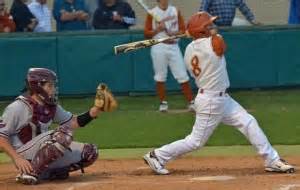 Runs scored as the result of errors or walks are not included as far as determining the pitcher’s ERA.

For example, if a pitcher allows 3 solo home runs in a game, but because of errors by his team mates, 3 additional runs score, only the 3 home runs are included in figuring the ERA.
The formula for figuring a pitcher’s ERA is Earned Runs / by Innings Pitched x 9.

For example: Your Ace pitcher has allowed 19 earned runs through 89 innings. To find his current ERA:

*** Caution: Do not forget to multiply by 9. Number of earned runs divided by innings pitched gives you the ERA of 1 inning, but an official game is 9 innings. Therefore you must multiply by 9 to achieve the ERA for a game, not an inning. 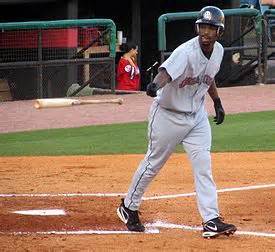 
The first item to understand is what constitutes an inning pitched. Innings are divided into thirds, with one out representing 1/3 of an inning. So if a pitcher pitches 6 full innings, then gets 1 out in the 7th inning before being pulled, he pitched 6.33 innings that day.

To calculate a pitcher’s WHIP add the number of walks and hits allowed and divide by the number of innings pitched. The lower the number, the better the pitcher is performing, and Usually a pitcher with a low WHIP score will also have a low ERA.

The Whip statistic is not mentioned as much as ERA, Ks or Wins, but it can be a key statistic in foreseeing pending problems. A pitcher may have a record of 9-0, but has a very high WHIP score, which means eventually all the hits and walks he is currently allowing per game will turn into runs allowed.

By the same token the WHIP number can help indicate the true performance of a pitcher. If the pitcher has a 1-6 record, but a very low WHIP score, it indicates the pitcher is performing quite well, but either the team is not providing run support or has a very high fielding error percentage, which is allowing excess Unearned Runs being scored.

It’s only human to remember  Fantastic  defensive plays which result from extra effort, but sometimes these few and far between plays mask a player who is actually a poor defensive fielder. 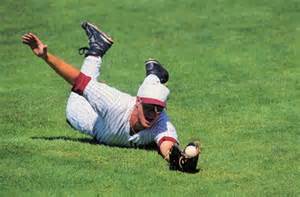 That’s why it’s important, along with other reasons of course, to have a method for analyzing the actual fielding ability of a player. A few terms must be defined before continuing.

A Put Out means the player makes the out by himself, such as catching a fly ball or the second baseman fielding a ground ball and stepping on the base for a force out. The second baseman would be credited with a put out.

An Assist  means you were part of the put out by receiving a throw from another player, such as the shortstop fielding a ground ball and throwing to the second baseman, who steps on second for a force out. The second baseman is credited with an assist.

An Error  which means a player has mishandled a ball which allowed an opponent to reach base safely or advance safely, which would not have occurred had the player fielded the ball correctly.

The formula used to find a player or team’s Fielding Average is:

Number of Assists + Number of Putouts / by Number of Chances

When computing fielding percentage, it’s taken to the 3rd decimal and rounded up or down, and the higher the percentage, the better the fielder is.

Example: During a ball game the player’s performance was:

This method of analyzing a fielder must always be tempered with other factors. For instance, one fielder may be much quicker than the other, which will have him involved in more plays, or one player totally disregards his body as he dives or leaps after balls, while another player may not perform quite so enthusiastic. Numbers are good, but common sense is also required.

Figuring a player’s batting average is easier than you may think.

The only issue which can complicate the formula is, What Constitutes an At Bat?

Plate appearances which result in a  Walk, Hit By Pitch or Sacrifice  does not count as a “At Bat” and is not included in the Batting Average computation. 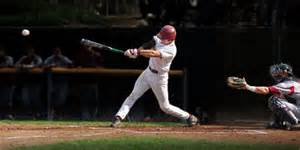 In addition to a player’s batting average, which indicates how well a hitter sees and makes contact with the baseball, is the Slugging Percentage, which reveals a player’s power as a hitter.

The Formula for Slugging Percentage is:

Think that’s impossible? Babe Ruth did it in 1920.

On base percentage or on base average is the measurement of how many times a player gets on base by whatever means, hit, walk or hit by pitch as a percentage of his total number of plate appearances.

Many baseball people feel this number is the true number when analyzing how good a player actually is on offense. For instance, a 270% hitter, who also draws 100 walks a year, has an on-base average of 400, while a 310 hitter who draws 20 walks will only have an on-base percentage of 333%.

If you can’t get on base … you can’t score runs … and that’s what it’s all about.

These are only a thimble full of the Baseball Statistics which are being kept, but these are the important ones which will help you and your players analyze their improvement or identify areas which require work.