Teaching Baseball Running Tips, which are designed to increase speed and base running abilities, can be a very trying assignment for most little league coaches.

There are definitely successful methods which improve running speed, but most coaches, unless they had extensive training or experience in Track & Field, are limited in their knowledge of these methods, and definitely ignorant (not a derogatory statement) of advanced and technical methods in which to improve a player’s speed.

At best, most youth baseball coaches can only call on their own youth training experiences while playing baseball, football or track as youngsters. If they were lucky to have a very knowledgeable coach, remember that as you prepare to coach, they may be better prepared to teach improved speed techniques than most coaches, but are still limited.

I’m going to teach you how to improve your players’ running speed through  Technique, Anticipation, Proper Drills, & an inside tip or two. 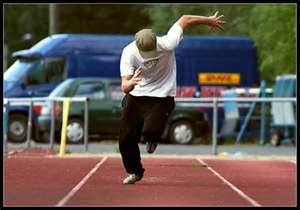 Players, even of moderate speed can greatly improve their chances of advancing to the next base by being taught instinctive running.

Instinctive Running is the ability to eliminate any hesitation, caused by thinking, of immediately beginning your running motion to the next base, except home plate, when certain circumstances occur.

The most well known example of Instinctive Running, is advancing to the next base anytime the pitched ball hits the dirt. Players are taught and drilled to instinctively take off to the next base the Split Second they see the baseball hit the dirt in front of or the side of the Catcher. 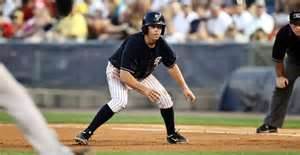 When a pitch ends up in the dirt, it’s normal instinct for most runners to pause, waiting to see where the ball ends up before deciding what actions to take. This period of indecision creates situations where a runner will freeze,  begin to run to the next base when he sees the ball skip 4 or 5 feet away from the catcher, then slam on the brakes and retreat to the base as he sees the catcher pounce after the ball.

In cases where Instinctive Running has not been coached, this momentary hesitation of waiting to see where the ball is located, is enough to keep the runner from advancing, or worse yet, allowed him to be thrown out trying to advance or return to his initial base too late.

Possibly the most important aspect of teaching instinctive running is to convince the player he will never be chastised for being thrown out trying to advance a base. 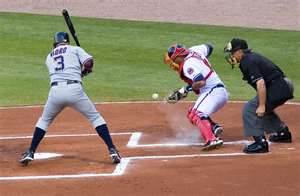 Fact is, tell the players there will be times they will be thrown out, explaining instinctive running is a percentage play, which will prove successful more times than not.

You may be thinking, this info is all fine and good, but it sounds to me like you’re giving the players free rein to do whatever they like on the base paths, right or wrong.

Point well taken. Players must be mentally trained to be disciplined in their instinct running, to be able to instantly tell the difference between reckless and aggressive base running, and that can only be accomplished through physical training.

Since instinctive means immediate response to an unexpected event, it stands to reason you can not successfully teach instinctive running skills if the runner knows it’s going to occur, therefore the drill must be performed in a realistic manner, coming as a surprise.

Step (1.) Position the runner on first base.

Step (2.) Have the runner take their initial & secondary lead off as if it were a game situation.

Step (3.) Having a coach pitch for more drill control, vary the number of pitches between strikes and balls in the dirt, as well as wild pitch location, bouncing balls in front and to either side of the catcher.

Step (4.) Remember, this is a training exercise, school the runners as situations occur, informing them of what they did right, wrong, or should have done differently. Just because the ball hit the dirt doesn’t automatically mean they run, but they must be exposed to the different scenarios in order to understand the differences. Some things you just have to experience. 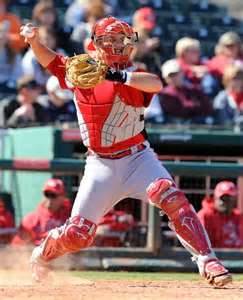 Better Have A Good Jump On This Guy

Step (5) Have your runners attempt to advance to second base when they determine they should. Have them slide into the base as if it were a real life scenario, which also offers them practice on their sliding techniques.

Step (6) As an added bonus, this drill is great practice for your catcher in blocking wild pitches as well as retrieving and throwing the ball to the base.

Be careful how many throws your catcher makes to second base as you don’t want to risk arm injury.

Step (7.) Have your middle infielders covering their bases in order to receive the throw, again extra practice receiving the ball and putting the tag on.

This is a Very Labor Intensive exercise. I suggest performing this drill for an entire practice, including everyone as a runner so they know what is expected of them and how to perform the act. From there on you have the option of having at least 1 base runner perform the drill during batting practices, reminding the pitcher to occasionally throw a ball in the dirt.