When one thinks of teaching baseball pitching mechanics it’s always in relationship to a pitcher throwing three quarter (¾) or directly over handed, never, or very, very rarely does the image of a side arm pitcher pop into our heads, which is not unusual.

Pitchers who throw side armed, referred to as sidewinders, are not that common, so we seem to never discuss pitching side armed, but maybe we should pay more attention to the deliveries of a side armed pitcher. 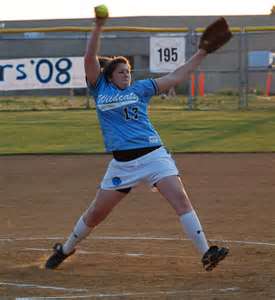 Perhaps the first thing we should evaluate, before pitching effectiveness, is the possible health effects, good or bad, on young pitchers. In other links on the site we’ve discussed at great length the tremendous strain on the shoulder, elbow and wrist, pitching with an over handed or ¾ delivery induces on our body, due to it being an abnormal motion for the affected body parts to move. In effect we force our body to perform motions for which, although capable of achieving, the body was not originally designed to perform.

We also discussed how underhanded (softball ) pitchers, although throwing breaking balls and every bit as hard as a major league pitcher, can throw inning after inning, day after day, because the underhanded motion is a natural body motion which does not place any strain on the muscles or joints.

So does a sidearm pitching motion reduce the amount of arm injuries, because it’s closer to a natural motion than the other pitching deliveries? 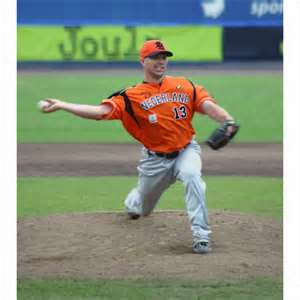 However, it is widely accepted by the medical community that the seriousness and amount of certain injuries such as, susceptibly to hyper abduction and rotator cuff, will be less for a side armed pitcher because their elbow is lower than shoulder level, unlike the other deliveries. Let’s look at a few Pros and Cons of pitching side armed.

For beginners, not everyone can throw side armed as evidenced by the lack of side armed pitchers at all levels of baseball. Although tilted more towards a natural motion than overhand, for most people it is an uncomfortable throwing position. This may be contributed to lack of early training to throw side armed which not unlike any new function demanded of the body, at first feels weird or awkward. 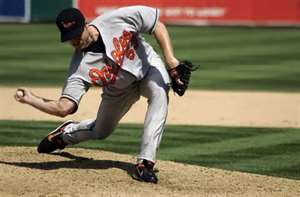 One major disadvantage to throwing side arm, which is quite possibly the most important, is the inability to achieve the velocity which an over handed pitcher can attain due to the increased use of the shoulder muscles and the overhand whipping motion.

On the other hand however, an overhand pitch will rotate and spin on a Horizontal Axis which produces the normal trajectories of pitches, which hitters are most accustomed to seeing and may allow then to guess where the ball with end up.

A side armed pitch will rotate and spin on a Vertical Axis which will make the ball react in a different manner than what hitters are accustomed to. For instance, an over handed 4 seam fastball will hop and rise while approaching the plate, while in contrast a side arm 4 seam fastball will sink instead. 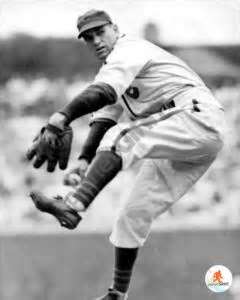 Another distinct advantage of the sidewinder is the unique and unusual release point of the ball. The ball, depending on the pitcher’s particular release point, could blend in with the white color of the pitching rubber, disguising the ball and making it harder to pick up and hit.

Additionally, a side armed pitcher, by nature of his delivery, can give the illusion he’s throwing the ball directly at the hitter, which may make it quite difficult, especially for younger aged players, for a hitter not to bail out.

Obviously, not everyone has the ability to be a side armed pitcher, and the limited number of sidewinders in the majors and actually at all levels of baseball, suggest they are ineffective and are pretty well ignored by scouts.

To a certain degree this is all true, but again this could be because of the lack of training, which pitchers with normal deliveries receive. If you feel comfortable pitching side armed and can develop and control certain pitches, go for it. Let’s be realistic, 1 in a million baseball pitchers make the big leagues, but an effective side arm pitcher can dominate a youth league, possibly all the way through high school baseball.

You don’t have to dig too far into the history books, or Google it, to find many very successful major league side arm pitchers. Walter Johnson & Dizzy Dean, who both were 30 to 40 game winners each and every year of their careers, were both side armed pitchers.