Pitchers are required baseball instruction both physically and mentally as No pitcher, no matter what age or skill level, can not just rare back and throw fastballs down the middle of the plate and expect any kind of sustained success, for even a MLB relief pitcher, with a 98 mph fastball, will be hit hard at times.

We have talked about the affects of the mental side of the game on Hitting and Pitching requires every bit as solid of a mental foundation, which a large portion consisting of mental toughness and being able to create a strategy which will outwit the hitter. 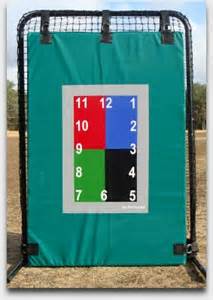 Pitch To The Numbers

As we venture into the realm of a pitcher’s physic we’ll learn the steps and philosophy he uses as he develops an individual pitching strategy for any numbers of particular ball and strike counts, runners on base(s), number of outs and innings.

It should be mentioned while examining a pitcher’s strategy we are also delving into the catcher’s mental approach, because he and the pitcher must be on the same page in order to be effective.

A pitcher is a human being and therefore subject to the emotional ups and downs of a baseball game, such as being embroiled in a see-saw scoring game, but a pitcher must learn to treat the current Score as irrelevant.

A pitcher must develop and learn to maintain a certain competitive mindset whether the score is 1-0 or 10-0, winning or losing and by developing this mental and emotional toughness, you will be able to perform at peak levels no matter the situation. 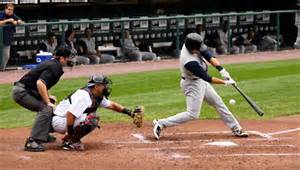 Getting Ahead - Baseball Instruction

Acquiring this mindset enables you to pitch around an error, or a walk at a critical time, without losing your emotional edge or focus, which is the fine line difference between a good pitcher and a great one.

A pitcher must have a philosophy, a road map so to speak, of how he intends to structure his pitching style. For instance, some pitchers are known for challenging hitters with over powering fastballs, while others will only nibble the corners of the plate refusing to ever give in to a hitter. This philosophy is not written in stone and could change, but rather a beginning point.

Historically, nearly all great pitchers in the Major League had a reputation of pitching ahead in the count, achieving a strike on the first pitch to a hitter, effectively giving him an immediate advantage over the hitter. A thinking pitcher totally understands the strategy of putting the pressure on the hitter to hit and not on the pitcher to pitch and can not be stressed enough. 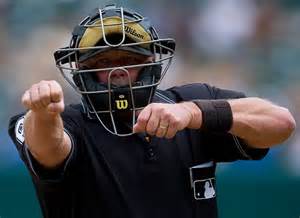 Obviously, achieving consistent first pitch strikes is not an easy task, as you can not groove a belt high fastball across the middle of the plate on every 1st pitch in order to get a strike. In fact throwing any one pitch or hitting any one location on a repeated basis will prove disastrous because the hitter will be expecting it.

Pitching ahead in the count requires attacking the hitter by working the plate, in and out …up and down, even if you can only throw one type of pitch, but mix the pitches up should you throw more than one type.

It’s extremely important that the pitcher works with the catcher in practice on Framing Pitches and painting the corners, which when performed smoothly, will offer the best chance of getting a strike call and enable you to consistently pitch ahead in the count.

Throwing First pitch strikes is not always a good idea when looking at the larger, over all strategy of pitching an entire ball game. A pitcher must be aware as to not get into a habit, because that pitch is really working that day, of throwing any particular type or location 1st pitch.

You must be unpredictable or hitters will sit and wait for that particular pitch early in the count, and that’s where delivering a Purpose pitch, can be an intricate part of a larger successful strategy. Let’s look at how a purpose pitch works.

In specific situations, such as pitching to a hitter which you have traditionally had trouble getting out, you throw purpose pitches in order to set up a pitch later in the game. Depending on the situation of course, the first two times you face the hitter, throw a first pitch curve ball in the dirt, with no intentions of throwing it for a strike. 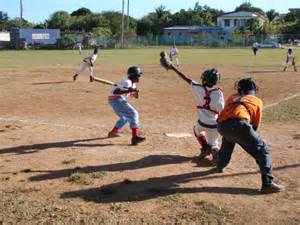 A Little Too High

If the hitter swings at the bad pitch, just that much better, but by throwing a first pitch curveball twice, you have planted the seed the third time at bat the first pitch will again be a curveball, and that’s when you throw a fastball strike in order to get ahead in the count at a critical time.

The secret to throwing a purpose pitch, which convinces the batter he knows what to expect, is not letting the hitter know you intentionally did exactly what you meant to do.

Develop this philosophy and mental toughness and you’ll be years ahead of your normal competitors.

Baseball Instruction Back To Learn to Pitch