If your goal is attempting to remember all the Baseball Coach Information you can in one season in order to teach your players, I have a suggestion. Forget it.

The moment you think you‘ve covered all your bases, you realize there are many Small  things, which you forgot to mention, but which can make a Huge difference on how you approach the game. 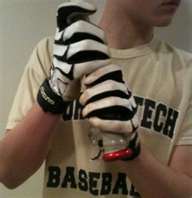 It may be hard to imagine, but there was a time when Nobody ever heard of batting gloves, as the feel of leather tough hands squeezing a wooden baseball bat, with the sacred dirt of the batters box rubbed between them, was the way it was.

The development of synthetic bats, which are very slippery held in sweaty hands, caused the usage of batting gloves to sky rocket as they afforded a better grip on the composite bats. 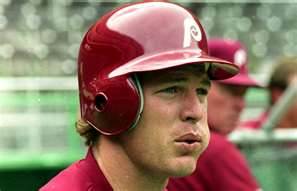 Thankfully, the days of players stuffing their cheek full of chewing tobacco are all but gone, however, baseball is steep in tradition, therefore the tradition lives on being replaced by large wads of bubble gum or a hundred sunflower seeds stuffed into the cheeks.

Sunflower seed chewing has become a mainstay in the MLB dugout, as some players chew because they’re nervous and it gives them something to expend their nervous energy on, while other players are the “Monkey see - Monkey do” type, doing it because everyone else does.

Other than your Dentist going bonkers, there’s nothing wrong with the bubble gum or the sunflower seeds in baseball, with one exception….

Don’t ever go to the plate with a wad of anything in your mouth.

(1.) Having anything which distorts the face will ultimately affect your line of vision.

(2.) Squinting or closing your eyes would be the only things worse than the distortion of the jaw on the side facing the pitcher, which would negatively affect your vision, thing you can possibly do when hitting.

Older, more discipline players may be able to not chew and hold the wad in their rear jaw, but younger players very rarely can demonstrate such restraint. It’s best to avoid the possible danger than attempt to control it.

Physical skills, regardless of how they’re learned, help players excel quicker, and identical skills learned in one sport, are often required in order to play a different sport.

I’m going to show you two examples of drills which actually complement the skills of both sports, remembering, it’s not uncommon for the same learned skill set to apply to several different sports, and explaining the relationship to your players most likely help them understand the skill better, as they now have 2 references to relate to. 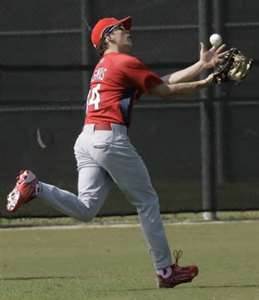 Any ball player will eventually have a ball hit over head, which you’ll have to track down and make an over the shoulder catch. This is an example of a many skills which apply to football and baseball, in exactly the same manner and can be practiced using the same methods.

First of all you must turn the CORRECT direction in order to position yourself to be able to catch the ball. You’ll normally only have 1 chance to get this right otherwise chances are you’ll never be able to get back into the proper position to catch the ball without tangling your feet, either slowing down or completely falling down.

B. Ball hit to you left - turn left and look back over your right shoulder.

C. Ball hit right at you - turn towards your glove hand, as catching a ball with the glove open facing the ball, is easier than attempting the same catch backhanded.

Have baseballs thrown over your head on alternating shoulders and practice turning and running the ball down in order to make the catch. This exact drill can be utilized in catching a football.

(1.) Stepping forward with the lead foot, opposite the throwing hand …

(4.) The Right Angle the arm forms in relationship to your body.

The moral of the story shall we say, is there are certain basic body motions and mechanics which produce maximum results.