Displaying a Baseball-Photo and asking players to describe what was occurring is an excellent training tool. How so?

Can you explain the details of what’s occurring in the picture below? 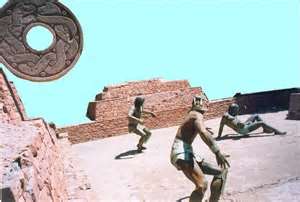 This was the most popular game ancient Aztecs played and you’d better know what you were doing and how to play the game because the players on the losing team were all beheaded … no kidding.

The point I’m making is if your player(s) can give a definitive answer as to what they think is or has occurred by reviewing a photo, they are understanding the game of baseball.

If they all offer you a blank stare … obviously you have some work to do regarding the particular photo subject matter. Let me give you some examples of what I mean. 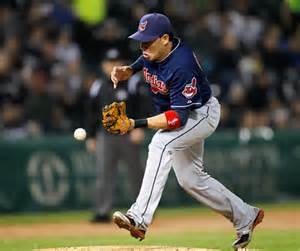 (3.) He misjudged the ball and had to back peddle.

These answers show the players knew the outfielder had muffed the catch and offered possible reasons for the error, which means they knew the correct procedure for catching the ball. 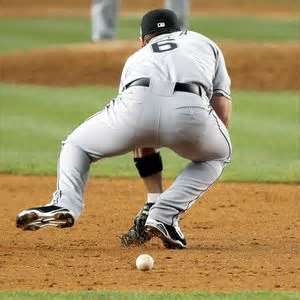 (1.)The fielder didn’t stay down on the ball which allowed the ball to get through his legs;

(2.) He should have kept his glove on the ground and out in front of him;

(4.) He Lifted his rear before the ball was to him.

Photo 3: This is an Interesting One: 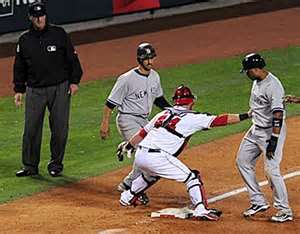 (3.) The Catcher is not sure who he should tag, therefore he wisely tags both runners and let's the umpire sort it out.

(4.) The runners are as confused as the catcher as neither are on the base which may result in them both being called out. Bad move. 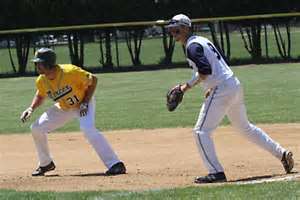 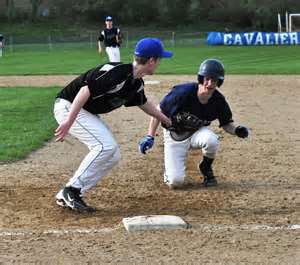 (6.) The first baseman is coming off the base preparing to enter his fielding position, therefore the pitcher has made his move towards home plate.

(1.) Runner initial leadoff was too long;

(2.) Runner was caught napping and wasn't concentrating on the pitcher;

(3.) The runner slipped and fell as he tried to return to first base;

(4.) The first baseman is allowing the runner to run into the tag keeping the ball between the runner and the base. 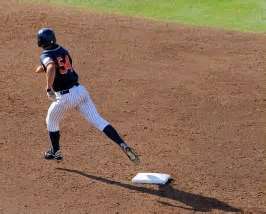 (2.) You can tell this by the semi-circle of the infield grass and the absence of a foul line;

(3.) The runner has hit the inside portion of the base with his right foot and has pushed off towards 3rd base;

(4.) You know this because his line to 3rd base is straight and not angling out towards the left outfield;

(6.) You know this because the runner is looking to left field and not at his 3rd base coach. Therefore the play is in front of him... not right field which is behind him.

(1.) Runner is attempting to advance to third base; 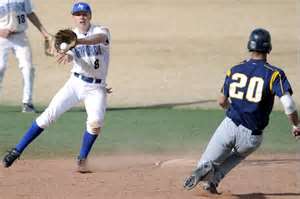 (2.) Runner is preparing to perform a hook slide to the right;

(3.) You know this because the runner is leaning backwards, shifting his weight to prepare for a feet first slide;

(4.) The runner is angling to the outfield side of the base, indicating the hook or fade away slide;

(5.) The 3rd baseman is receiving an off line throw based on his positioning of down the 3rd base line and in front of the base;

(6.) You know this is 3rd base because of the grass, then dirt foul territory and the pitcher is backing up the play.

This is but a very small example of what teaching through baseball action photos can produce. it's not a lesson you would want to substitute live practice for, but for that unexpected rain shower which cuts practice short or instead of canceling it ... use this as a training aid.