What is Place Hitting? It’s the ability to hit the ball to a particular area or zone of the field at will.

This learned skill will place you high on any teams’ depth chart as it’s an important and valuable tool for a coach to have in his hip pocket because it opens a world of play options he can call.

For instance, the hit and run is designed to force a middle infielder to vacate his fielding position by utilizing the steal. Place hitting allows the hitter to hit the ball through the now vacated spot resulting in not only a base hit for the batter, but allows the base runner to advance an extra base.

Being able to hit the ball where you want, when you want will always result in a productive turn at bat even if you hit into an out. For instance, a runner on second and no outs and you hit a feeble ground ball to the second baseman. 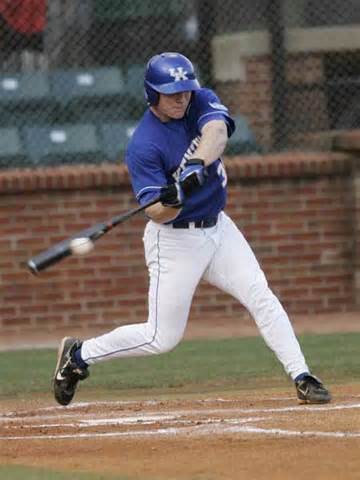 Hitting To Opposite Field

At first glance it’d appear your turn at bat failed miserably, but in reality you had a Good turn at bat, because hitting a ground ball, feeble or not, to the right side of the infield you allowed the runner to advance to third base.

Being on third base instead of second base now allows the runner the opportunity to score on a passed ball, balk, fly ball to the outfield and numerous other ways which were not available to him at second base and all with only one out.

An example of a bad at bat would be to hit a feeble ground ball to the third baseman or shortstop. In this instance the ball is hit in front of the runner which prevents him from being able to advance a base and you are out a first. A very unproductive turn at bat. See the huge difference place hitting can make.

You as a coach can diligently explain specifics of hitting such as bat speed through the hitting zone, dragging the head of the bat, opening the hips and a 100 other important lessons, but until the hitter actually performs the task …it’s only theory in his mind. 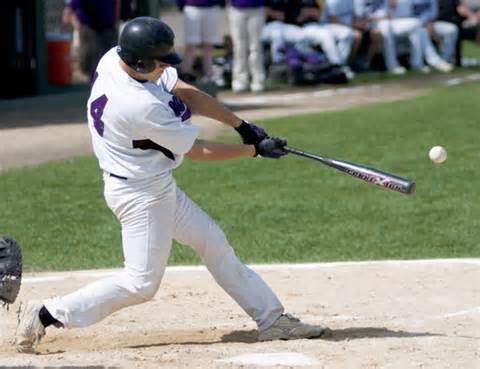 To perform this drill you’ll need two nose cones or other easily visible object like a trash can or bucket.

Place the cones on either side of second base, splitting the field into 3 separate portions. This will give the hitter an easily identified area in which to try and hit.

I recommend a coach throw this batting practice drill for better control and to see if the batter is turning on inside pitches or driving outside pitches into right field. If not, the coach can advise correct technique to the hitter immediately.

Tell the hitter where you want him to try and hit the ball. It’s not important at this stage if the ball is hit solidly or not, bat control is the key element here.

There’s an old axiom “hit the ball where it’s pitched.”

Assuming your control is good enough, incorporate this action into the placement hitting. The more disciplined a hitter can become and the more bat control he can master, the better all round hitter he will become.

Besides, nothing builds confidence quite like feeling you can dictate where you’re going to hit the ball as you walk to the batters box. 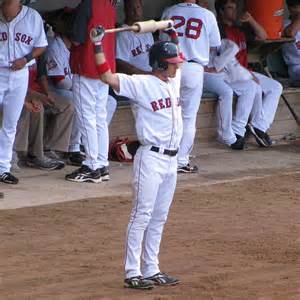 Like I said earlier, I feel most coaches Don’t give teaching the bunt, especially the sacrifice, enough attention. Along the lines of the sacrifice bunt responsibilities are the  On Deck responsibilities, which are hardly ever addressed until players become older or reach higher skilled levels.

I really don’t know where the term On Deck originated, but if I were to guess I’d say it came from the Navy’s call to “All Hands to Deck,”  where sailors would go to their battle stations and await combat.

That is exactly what a batter on deck is doing, preparing to do battle with the pitcher…. Which is a little melodramatic, but it sounds cool.

To be serious, in reality being in the batters circle position is no different than taking your fielding position, you have certain responsibilities for your benefit, but also for your team’s benefit.

As you take your position in the batting circle you should immediately prepare your bat, which may include one or more of these items:

(b.) placing a weight (Donut or sleeve) on the bat and swinging it back and forth, if no weight is available swing two bats, which is intended to make the

weight of one bat seem much lighter allowing the batter to increase bat speed through the hitting zone.

(c.) While performing your swinging exercise you must visualize yourself hitting the baseball. Mentally see yourself initiating the starting mechanism, performing a fluid strong swing, contact with the ball and your follow through.

*** It’s been scientifically proven that visualization of an action increases the chances of actual re-enactment.***

(d.) Watch the pitcher as he throws to the current batter. Any telltale signs? Is he throwing a lot of fastballs? Having trouble getting his curve ball in for a strike? You’re looking for any scrap of information which may help you as you hit.

(1.)  After the batter hits the ball and after you locate where the ball is at should you not have been tracking the ball, check to see where the batter left his bat. If possible, and be extremely careful Not to interfere with play, retrieve it and quickly remove it from the field as it could pose a safety hazard.

(2.) Should there be runners on base, the ball is hit to the outfield and it appears there will be a play at the plate on your team mate attempting to score, you should position yourself well behind the plate and in line with third base.

From this vantage point you can see where the ball is in relation to the oncoming runner and you will act as a coach, signaling the runner to slide or stand up. With you acting as the base coach the runner does not chance losing any momentum by turning his head to locate the ball, because he’s looking straight ahead at you.

(3.) Don’t be afraid to Exaggerate your signals.

(a.) If there’s no play, distinctly raise your arms waving your hands in an upward motion, letting the runner know to not slide. (Normally players are not hurt by sliding, but why take the risk if it’s not necessary?)

(b.) Should there be a play at the plate do whatever it takes to let the runner know what actions to take, by dropping to your knees and waving to the  inside, 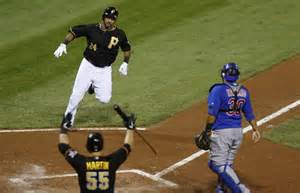 if the throw is up the third base line, letting the runner know to slide in on the infield side of the plate.

(c.) Throw slightly up the first base line, wave him to the foul side of the plate.

There’s a quick overview of your responsibilities while being on deck.

Starting to see there is something going on, some responsibility being fulfilled every minute of the game no matter where you’re at, even while on deck?

Back Yard Baseball to Teaching Hitting