No pitcher is perfect, therefore the skill for avoiding a wild pitch is essential for every ball player regardless of age. The occasional wild pitch, such as a curve ball that fails to break or trying to over throw the ball happens. But, in the old days of baseball there was another option of a wild pitch, classified as the “purpose pitch.”

Bob Gibson, of the St. Louis Cardinals, was perhaps the most feared “purpose pitch” thrower in the game in his day. Hit a home run off Gibby or dig in at the plate more than normal, and chances were you’d either end up on the ground from spinning away from a pitch, or would take a fastball in the ribs. Gibson liked to remind hitters he considered home plate his. 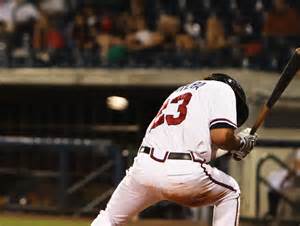 Enough history, let’s get to meat of the issue… Proper Method for avoiding a wild pitch. Yes, believe it or not there is a correct and an incorrect method for trying to avoid from being hit by a pitch. We’ll talk in terms of a Right handed hitter, but as always, the same applies for the Left handed hitter, only in reverse.

When a hitter enters the batter’s box, it’s normal to move inward towards the plate until you can reach the outside corner of it with your extended bat, in order to reach and hit the outside pitch. Although this position allows plenty of room between the plate, the pitcher’s target, and yourself, sometimes things don’t always go according to plan.

Some hitters feel more comfortable standing very close to the plate, squeezing or crowding the plate as it’s called, and intentionally or unintentionally place themselves in a position which they’ll be more prone to possibly be hit by a pitch. 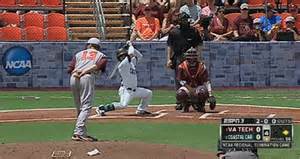 Not all batting stances are the same

Should a pitch be thrown inside off the plate, on purpose or just missing the target, simply backing up or leaning backwards is usually sufficient movement to avoid being hit by the pitch.

Should the ball be in the dirt, skipping out of the way usually works and if it doesn’t, and you’re hit by the pitch, you’re awarded first base just as if the ball had never hit the ground.

There are several reasons for a batter to be hit by a pitch such as, expecting a curve ball and it isn’t and plunks you in the ribs, leaning in towards the plate expecting the pitch outside but it tails back inside, and of course the fastball which was just too fast to get out of the way of. 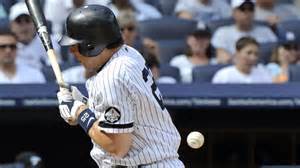 Plunking the Meaty Part of the Body

*** The Proper Method for attempting to avoid a wild pitch is to Turn Away from it. ***

Should the ball be coming in too fast or too far inside to avoid, turn towards your right as you spin away. (Left for the other side hitter)

By spinning to your right you achieve two things, you are twisting in a direction away from the ball and unless it’s tailing to the inside, will most likely miss you, but secondly, should the ball hit you it will hit you in a Meaty part of your body.

Being plunked in the back or shoulder may smarts a little and leave a bruise, but getting hit on the wrist or face, will most likely result in a more severe injury, which could put you out for the season.

This method of turning away from the pitch should be practiced as it’s not necessarily an instinctive move and without muscle memory, you could end up the preverbal “Deer in the Headlights” unable to move.

In order to practice turning the correct direction use the turn drill.

1.   Have the batter go into his batting stance, with a bat.

2.   Using tennis balls intentionally throw inside at the batter.

4.   The batter will turn away from the ball attempting to avoid being hit.

5.   Change things up a bit, throw inside, but not too far inside to make the batter lean backwards. Throw ball in the dirt making the batter react.

Being hit by a pitch is nothing to fear, but it must be respected as serious injury can occur. Everyone who has played the game for any significant time has been plunked a time or two and although at times unavoidable, being skilled enough to avoid the ball and/or minimize the pain is always a good thing.